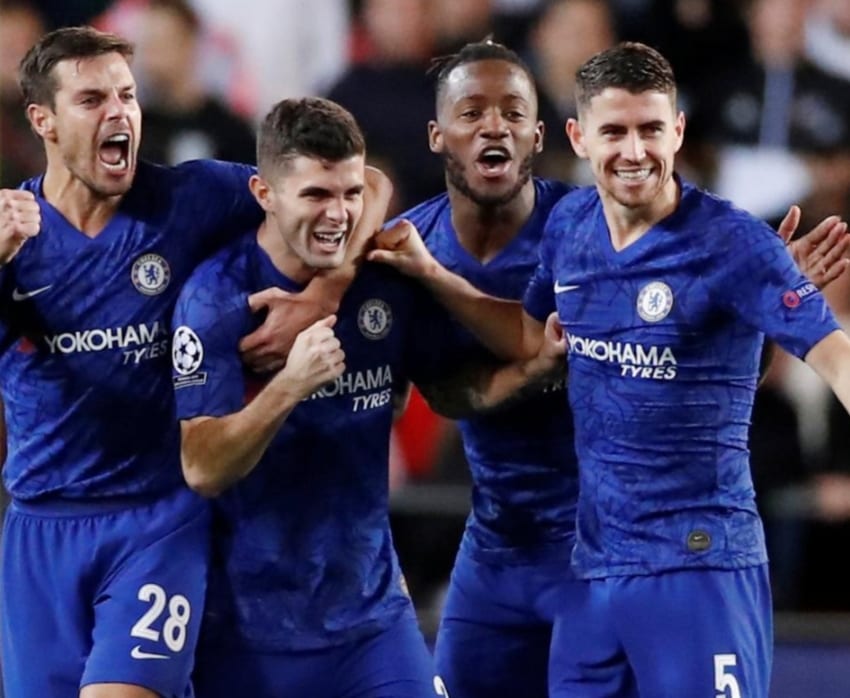 Liverpool and Napoli drew 1-1 in a cagey encounter at Anfield on Wednesday, leaving both sides with work to do to reach the last 16 in their final Champions League group matches.

A Dejan Lovren header in the 65th minute cancelled out Dries Mertens’ first-half opener for Napoli, who will head home the happier after another disciplined performance in which they defended deep but posed questions on the counter-attack.

European champions Liverpool lead Group E on 10 points with Napoli a point behind and Salzburg on seven. Juergen Klopp’s side are away to Salzburg in their final game while Napoli host bottom club Genk.

Carlo Ancelotti’s Napoli will now expect to secure their place in the knockout stage with a win over a Genk side with a solitary point who were beaten 4-1 at home by Salzburg on Wednesday.

Liverpool though will need at least a point in Austria on Dec. 10 to avoid elimination and given their fixture congestion next month — in which they will feature in the Club World Cup in Qatar — this was a frustrating result.

“In [the Napoli] dressing room they feel like they are already through and maybe they are,” said Klopp.

The Premier League leaders, who could have wrapped up top spot with a game to spare, had to come from behind to get their point and never truly settled into the kind of rhythm for which they have become known.

The night began badly with Liverpool’s Brazilian holding midfielder Fabinho limping off in the 19th minute with what appeared to be an ankle injury.

“It’s early and we all hope it’s not too serious but it’s pretty painful and in an area you don’t want to have pain, around the ankle,” said Klopp.

Matters got worse for Klopp when Belgian Mertens put Napoli ahead in the 21st minute with a sweet strike from a tight angle after running on to a through-ball from Giovanni Di Lorenzo.

Liverpool’s defence was opened up too easily down their left and the Anfield crowd’s agitation increased as two separate VAR reviews were needed before the goal was confirmed.

Klopp was certainly losing his cool and, on the stroke of halftime, he was booked for protesting, shortly after Liverpool had appealed in vain for a penalty after Sadio Mane went down in the box.

The nearest Liverpool came to a breakthrough in the opening 45 minutes was in the final moments of the half when James Milner jinked into the box and blasted at the near post but Napoli keeper Alex Meret did well to parry.

There was more intensity about Liverpool after the break and they went close to levelling when Roberto Firmino hooked the ball goalwards but Napoli defender Kalidou Koulibaly did well to clear off the line.

The equaliser finally came when Lovren headed home from a James Milner corner in the 65th minute and while there was plenty of pressure from the home side in the latter stages they were frustrated by Ancelotti’s well-marshalled defence.

Napoli looked much better than their seventh place in Serie A suggests and showed no sign of the internal problems that have beset them in recent weeks.

“I saw a lot of commitment and personality,” said Ancelotti.

“I was sure we would play well against a fantastic team. Of course, I knew we would suffer at times but I also knew we could cause them problems too with the way we play.

“Maybe it was not such an aesthetically pleasing match but we put in a strong performance.”

freak goal from Valencia’s Daniel Wass earned the Spanish side a 2-2 draw in an epic encounter against England’s Chelsea on Wednesday that left both sides waiting to book their place in the Champions League’s knockout stage.

Valencia, who missed a glut of chances, had taken the lead through Carlos Soler but goals from Mateo Kovacic and Christian Pulisic flipped the match on its head.

The Spaniards missed a penalty through Dani Parejo, but drew level late on when Wass netted a remarkable effort, shaping to centre before finding the net with a finish across goal.

The draw means both sides are on eight points after five games but Valencia have a better head-to-head record and so are second in Group H, with Chelsea in third.

Ajax Amsterdam sit top on 10 points after winning 2-0 at Lille, who are bottom with one.

Valencia visit last season’s semi-finalists Ajax in their final group game and will have to win there to ensure they qualify, while Chelsea will book their place in the last-16 if they beat Lille at home.

“We nearly won it, nearly lost it. It was end to end, not that we wanted it to be,” Chelsea boss Frank Lampard said.

Valencia coach Albert Celades added: “The sensation in our dressing room is that we have missed a very good chance to qualify for the next round. But to get to the last game with our fate in our hands is not bad.”

Victory for either side at Mestalla would have sent them through and Valencia went ahead when Soler scored in the 40th minute after team mate Maxi Gomez had missed two gilt-edged opportunities.

Yet Kovacic levelled for Chelsea two minutes later, netting for the first time in 122 club games.

Chelsea’s top scorer Tammy Abraham was carried off on a stretcher with a serious-looking injury before halftime, although Lampard said after the game the striker had only suffered a knock to the hip.

Valencia defender Jose Gaya was also taken off on a stretcher after fulltime having collapsed on the pitch.

United States international Pulisic put Lampard’s side ahead in the 50th minute after a lengthy VAR review ruled him onside.

Valencia forward Rodrigo Moreno missed an open goal later in the half and then the home side were awarded a penalty.

But captain Parejo was denied from the spot by Chelsea keeper Kepa Arrizabalaga, spurning a second penalty in the competition after also missing in the defeat to Ajax Amsterdam.

The Spaniards eventually levelled in the 82nd minute with a remarkable goal from Danish midfielder Wass, who looked set to cross from the right wing but instead flummoxed Arrizabalaga by firing a shot across goal which bounced off the far post and into the net.

Valencia should have won the game in added time but Rodrigo failed to connect properly with a cross from close range, while Chelsea had a shot cleared off the line before then and Valencia keeper Jasper Cillessen denied Michy Batshuayi.

“Parts of our performance I’m not mad on. We gave away too many chances. We missed a lot as well,” said Lampard.

“They were arriving in our box too much. Credit to the players for their work-rate and hanging on in there, but sometimes you have to be more secure than that.”

Valencia defender Ezequiel Garay added: “We had a lot of chances and we deserved to win but we have to believe we can win and go through in Amsterdam.”