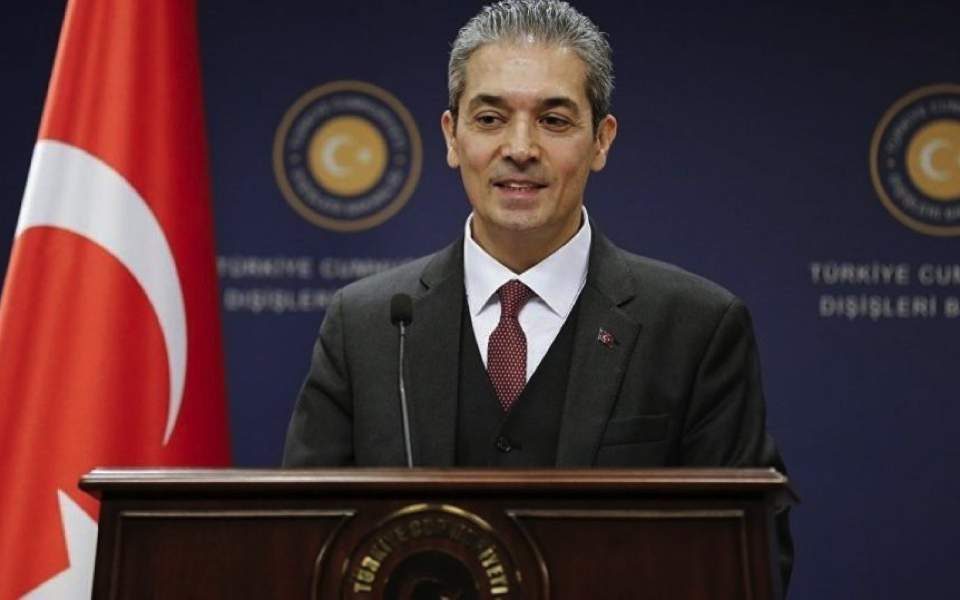 Reportedly responding to comments made by Greek President Prokopis Pavlopoulos on the Armenian Genocide during a recent visit to that country, Aksoy also accused Greece of having “systematically annihilated Turks and Muslims in the region during and after the period of independence from the Ottoman Empire.”

“We witness that Greece continues to take side with the hostile circles against Turkey and support their baseless stance and allegations,” Aksoy also said in comments posted in English on the Foreign Ministry’s website.

“Even today, Greece continues its inhumane practices against its Turkish minorities, taking it as far as to punish Muftis with imprisonment for performing a Friday prayer,” he said.

“We remind Greece once again that it cannot benefit from supporting acts and policies against our country. We call upon it to act more responsibly since we believe that favoring friendship and good neighborliness is the only way to promote peace, stability and welfare in our region,” the announcement added.

The Greek Foreign Ministry responded on Friday with a terse missive on its website, calling on Turkey to “ponder its historical responsibilities, with particular reference to its behavior towards the Greek minority.”

Turkey, it added, “should follow Greece’s example and finally strive to establish good neighborly relations in our region and, of course, its European prospects.”