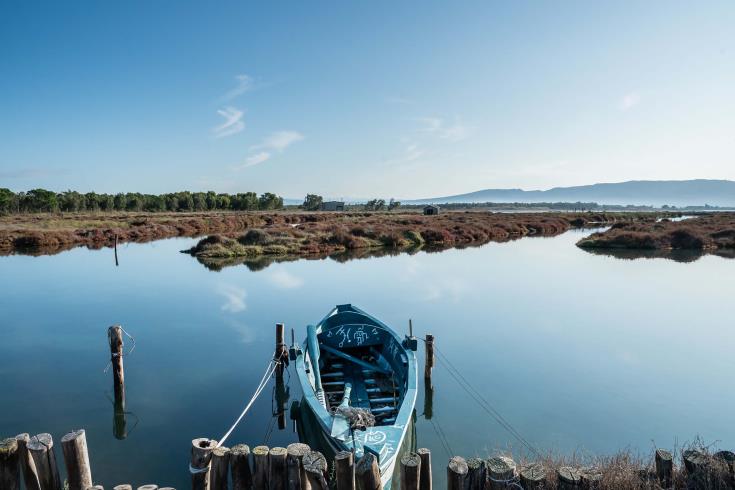 According to a study dated October 2019, carried out by MedWet, the Mediterranean Wetlands Initiative, the region warms 20% faster than the rest of the world and the projected temperature rise by 2040 will reach 2.2 degrees Celsius.

The Mediterranean Sea will be 1.8-3.5 degrees Celsius hotter in some parts by 2100. Moreover, some coastal areas of the Mediterranean will experience 10cm rise of the sea level more than others. The study has shown that one third of the region’s coastal population will be affected whereas 15 megacities with one or more million inhabitants are at risk of flooding.

Scientific studies have shown that wetlands are the answer to climate change. Preserving and restoring these vital ecosystems is essential for our future survival. In the Mediterranean, half of the wetlands have been destroyed in the past 50 years, as a result of human activities.

Wetlands and the nature-based solutions they offer in combatting climate change in the Mediterranean was the issue of the 4th meeting of journalists from Med news agencies from 14 countries in the area. More than 10 journalists and many scientists recently gathered in Oristano, Sardinia ,  discussed the issue and visited wetlands in the area where they spoke with local fishermen.

The meeting was organized by IUCN (The International Union for Conservation of Nature) in collaboration with Medwet and the Medsea Foundation.

There are a total of 424 wetlands protected by the Ramsar Treaty in 27 countries bordering the Mediterranean. Worldwide wetlands are 2,372 and cover an area of ​​2.5 million square kilometres. The wetlands in the Mediterranean cover some 18.5 mln hectares, between 1.7-2.4% of the total area of the 27 countries. Spain has 75 Ramsar sites, Italy 56 and Algeria 50.

The region of Sardinia, and especially the Gulf of Oristano is, according to projections, one of the first Mediterranean areas that will be severely affected by widespread flooding as sea levels rise. It is estimated that by 2100, local towns ( Marceddì, Oristano, Torre Grande and San Giovanni di Sinis,), with around 35,000 residents, will be underwater.

Why are Wetlands Important

Briefing the journalists from the Med News Agencies, Alessio Satta,  Medwet Executive Secretary said that with the Mediterranean region warming 20% faster than the rest of the world, there is a persistent need for wetlands because they offer nature-based solutions to mitigate the adverse effects of climate change.

“Nature-based solutions include the preservation of functional ecosystems in good ecological health, the improvement of ecosystems management for a sustainable use by human activities, as well as the restoration of degraded ecosystems and the creation of new ones,” he added.

Studies have shown that Mediterranean will be faced with increased risk of floods and the challenge of water availability. The number of people in the Mediterranean region considered to be “water poor” is expected to rise to over 250 million in the next 20 years, from 180 million in 2013, according to data.

Giovanni De Falco, a scientist at the National Research Institute (CNR) of Sardinia, spoke of the importance of identifying coastal areas vulnerable to climate change (flooding, extreme events, acidification), as well as the significance of preserving semi-natural beaches and the natural components of the coastal system that favor coastal resilience, like dunes and ecosystems.

In Cyprus there is a wetland protected by the Ramsar Treaty covering an area of ​​1,107 hectares.

According to data available on the website of  “Ygrotopio – Wetlands of Cyprus”, the Terra Cypria portal for the dissemination of environmental information on Cyprus wetlands, Cyprus has 58 natural wetlands and 288 artificial sites.

Of all the wetlands of Cyprus, only 3 are considered to be unspoiled, ie without any signs of effects cause by human activities, while in 14 of these wetlands, the environment has been changed from its original form.