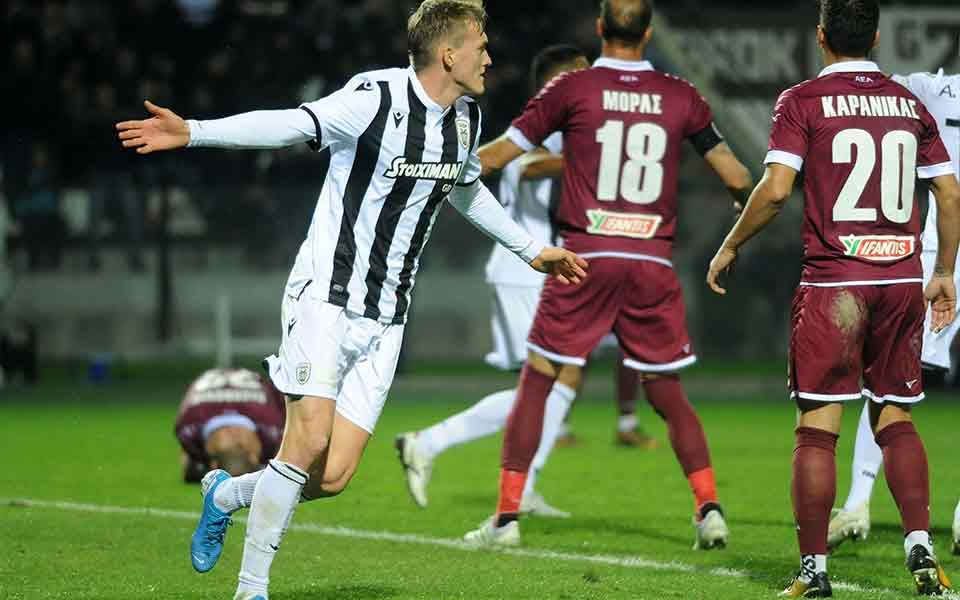 PAOK snatched the opportunity on Sunday from Olympiakos’ draw at Panionios on Saturday to join the Reds at the top of the Super League table one week before the two title rivals meet in Piraeus.

With just nine goals in seven games, the Super League weekend was quite poor after the break for the national team window, but had plenty of drama in at least three games.

Karol Swiderski scored his seventh league goal of the season to give PAOK a 1-0 home victory over Larissa. The champion has gone level on points with Olympiakos, that a day earlier dropped two points at Nea Smyrni as just two minutes from time Dimitris Emmanouilidis canceled out Mathieu Valbuena’s successful spot kick for a 1-1 final score.

Olympiakos and PAOK are on 27 points, nine more than AEK that drew 1-1 with Aris on Sunday in another nail-biting game.

Ten-man Aris had teenage keeper Apostolos Tsiliggiris on a great night at the rainy Olympic Stadium. Daniel Larsson open the score for Aris 11 minutes after the red card shown to Brown Ideye, but Petros Mantalos spared AEK’s blushes with his 81st minute equalizer from the penalty spot.

Atromitos beat fourth-placed OFI 2-1 thanks to a Petros Giakoumakis strike with the last kick of the game and has climbed to eighth at the table.

Lamia has risen to ninth with its 1-0 defeat of Xanthi, while the games of Panetolikos with Panathinaikos and Asteras Tripolis with Volos ended goalless.