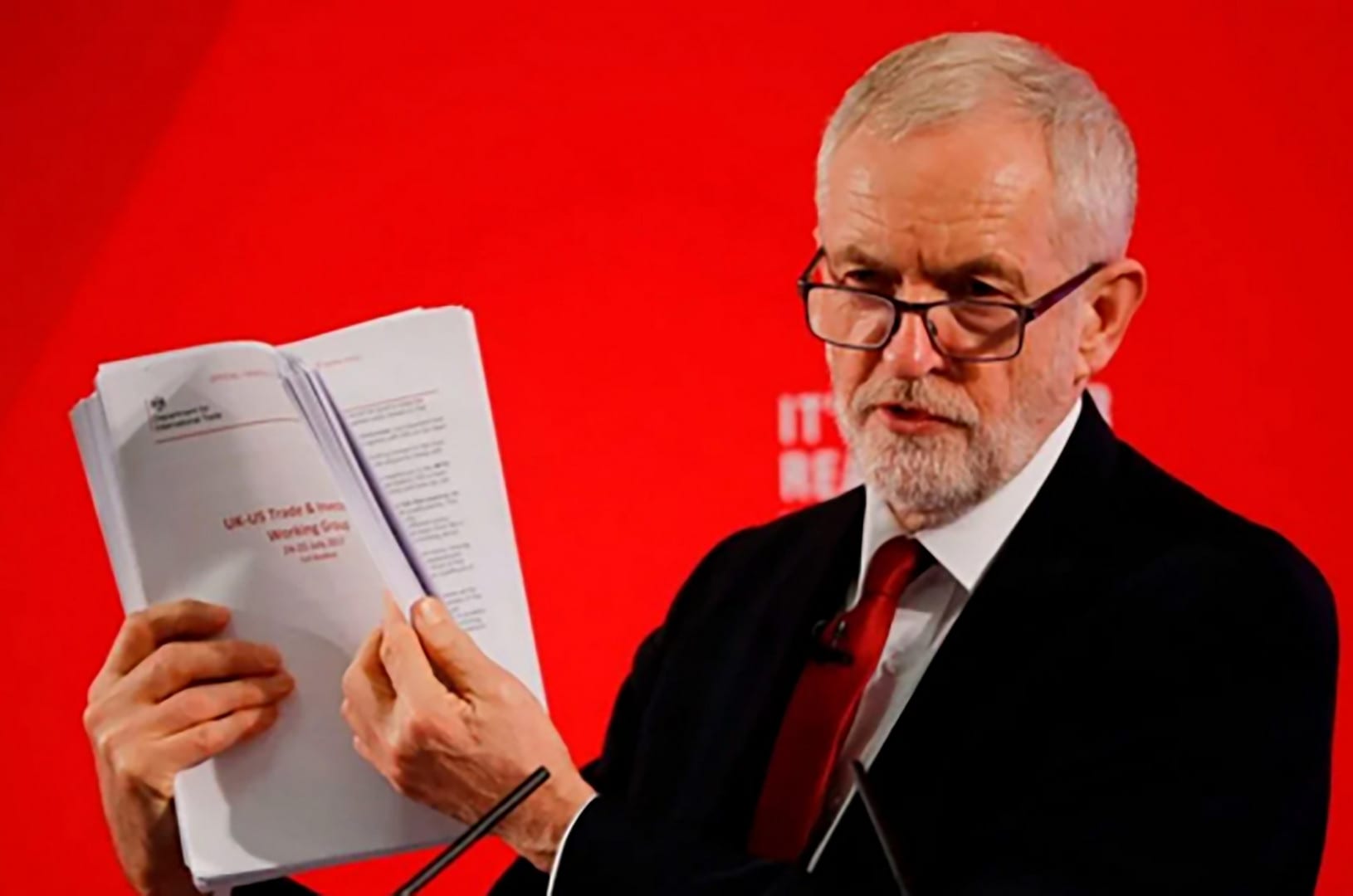 Labour leader Jeremy Corbyn has revealed “secret” government documents that he says confirms the Conservatives will put the NHS “up for sale”.

The “secret report” shows conversations between US and UK officials discussing giving access US drug companies access to the NHS, according to Corbyn.

He said, “These uncensored documents leave Boris Johnson’s denials in absolute tatters. We’ve now got evidence that under Boris Johnson the NHS is on the table and will be up for sale.”

“This election is now a fight for the survival of our NHS,” he added in a press conference yesterday morning.

The documents show discussions between UK and US trade representatives, with American negotiators saying they tend to start talks by assuming “everything is included”.

Corbyn said this proved that the UK government was having discussions about allowing US access to the NHS.

Corbyn also claimed that officials have discussed a system which gives businesses a chance to sue the NHS.

At yesterday’s event, the Labour leader unveiled 451 pages of unredacted documents, which he said revealed the US had demanded “total market access” to the UK’s public health sector.

The documents cover six rounds of talks from July 2017 to a few months ago.

They include key points that UK officials will report that “patent issues” around NHS access to generic drugs “will be a key consideration” in post-Brexit trade talks with the US.

Meanwhile “total market access” for US companies to all UK service sectors would be the baseline for trade talks, the party also claimed.

Described by Labour as “secret talks”, they also broached issues such as a US demand not to mention the term climate change in any trade deal.

“We’re talking here about secret talks with Donald Trump about the future of our NHS,” Corbyn added. “This is what they don’t want you to know.”

The Labour leader claimed ministers sanctioned these talks and were aware of them.

Labour is pushing for the NHS to become the central issue in the upcoming December election.

An Ipsos Mori poll has found that healthcare has overtaken Brexit as the key topic among voters, with 60 per cent of Brits surveyed picking the former versus 56 per cent choosing the latter.

A Tory pledge to provide 50,000 more nurses for the NHS has been revealed to actually include 18,500 nurses the government hopes to retain or lure back to the UK healthcare system.

Labour has pledged to outspend the Conservatives on healthcare, promising an extra £40bn to the NHS if it wins the General Election.