After just over a decade as Speaker and an estimated 14,000 throaty cries of “Order!”, it was perhaps typical of John Bercow seen here with our Michael Yiakoumi that his final day in the Commons featured not only lengthy tributes but a brutal row with an MP conducted with his trademark icy passive-aggression.

Bercow, possibly the most high-profile modern Speaker, and certainly the most interventionist and divisive, had faced what was, by recent standards, a relatively low-key day in the chamber.  ending a 10-year term in which he has become a central player in Britain’s protracted Brexit debate – feted by the “Remain” side but reviled by many Brexiteers.

Bercow, in charge of refereeing debates and procedural disputes, announced his retirement last month, relinquishing his ornate wooden throne at the heart of parliament’s debating chamber and a grace-and-favour home inside its Gothic palace.

His bellowing, often caustic, put-downs of misbehaving lawmakers and contorted cries of “Order! Order!” have made him one of British politics’ most recognisable figures – inspiring viral video clips replayed on news bulletins around the world.

The three years since Britain voted to leave the European Union have tested the limits of the country’s unwritten constitution as successive governments repeatedly clashed with rival lawmakers over the right way to leave the bloc.

Bercow, 56, has found himself, and sometimes put himself, at the centre of big moments in the Brexit tug-of-war between the legislature and the executive, habitually favouring scrutiny and debate over allowing the government control of the exit process.

On Wednesday, Prime Minister Boris Johnson paid tennis-lover Bercow a backhanded compliment, describing him not just as a “ruthless” umpire of parliamentary procedure, but a sometimes cruel commentator and a partisan player in his own right:

“Peppering every part of the chamber with your own thoughts and opinions like some uncontrollable tennis-ball machine.”

Bercow was elected as a member of the ruling Conservative Party in 1997, but gave up that affiliation when he was chosen to be Speaker by fellow lawmakers in 2009.

Fond of long, wordy statements – often incorporating obscure historical facts – he has been accused of overstepping the mark and abandoning the political neutrality of his office.

Not least on Brexit when his rulings on complex procedural points have allowed those opposed to the government’s plans to add extra checks and balances to the Brexit process.

“The dilemmas you face mean that, on occasion, you will sometimes have to please some and not others, but it is becoming remarkable how often you please one lot and not the other lot,” lawmaker Bernard Jenkin, chair of the committee that scrutinises the Speaker’s work, told Bercow last week in a testy exchange.

Unsurprisingly, in a deeply divided parliament, Bercow’s approach earned him as much praise as it did rancour.

“You have stood up for parliament when it has to be stood up for, and we thank you for that,” Labour Party Leader Jeremy Corbyn said.

Beyond Brexit, Bercow has led major reform of the antiquated procedures and traditions inside parliament. He turned a popular bar into a nursery for the children of staff and ditched the Speaker’s traditional court dress for a business suit worn under a gown.

But he has also courted controversy, surviving an outcry over expense claims – including costly use of official cars and overseas trips – and facing allegations of bullying from former members of staff, which he has denied.

He promised his family he would not contest another election and his replacement will be elected next week, with the favourite currently deputy speaker Lindsay Hoyle – a 62 year-old member of the opposition Labour Party who says the Speaker must be independent and fair, and promises to work to unite parliament. 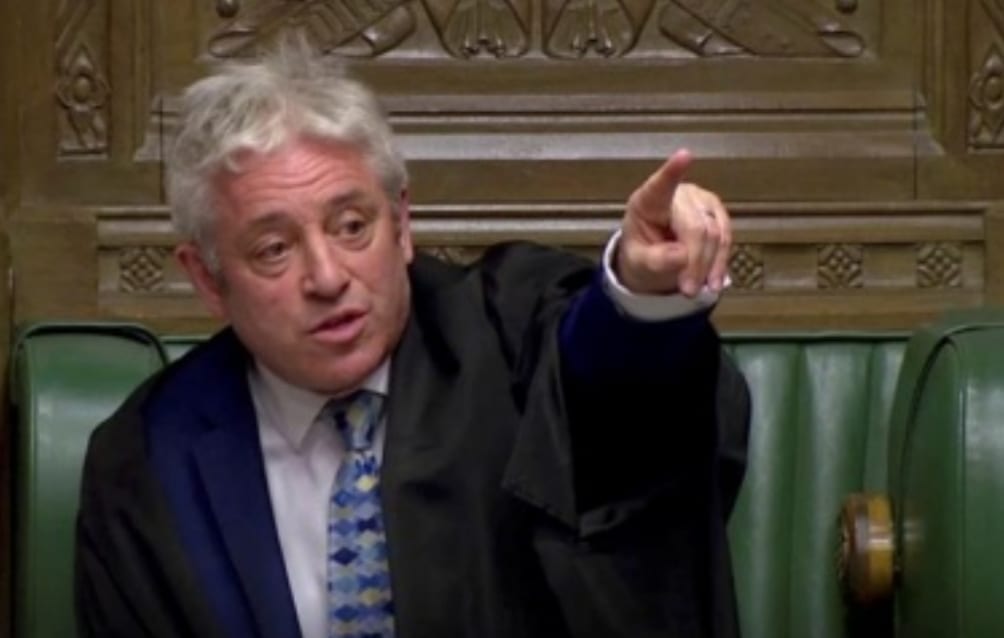