There were mixed results for the many teams of community grassroots 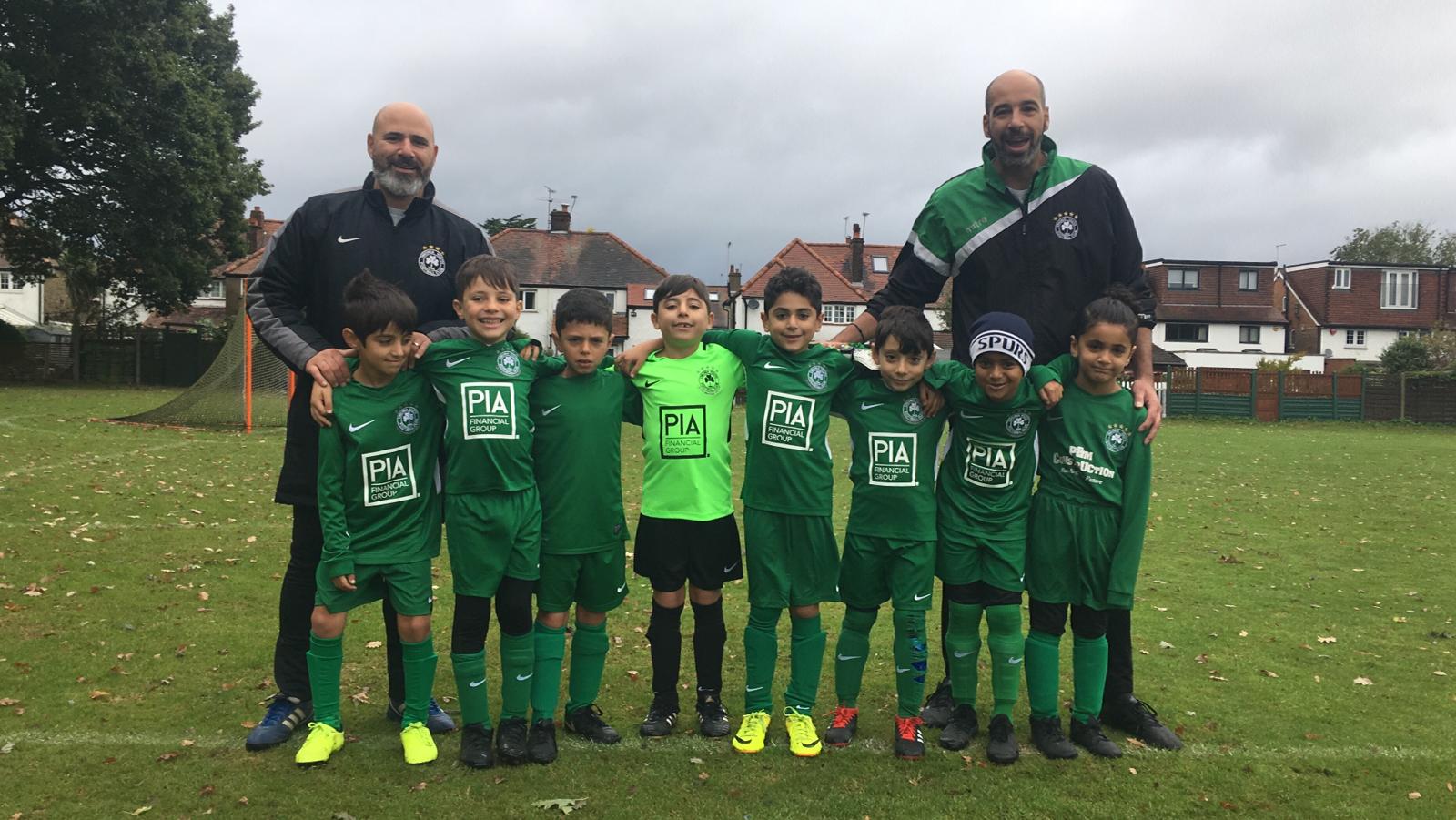 Omonia Youth Under 8 Silver enjoying their start to the season

Michael Pieri’s Under 15 White participated in a proverbial game of two halves. Having gone into half time 2-0 down and feeling a little sorry themselves, the boys went back to basics and what they are good and came out with a superb attitude in the second half and dominated. They should’ve scored three goals in the first few minutes of the second half and even though they totally controlled the game profligate finishing denied the boys the win their second half display deserved. They did score two goals and hit the post in last minute too. Both goals were scored by Noel Allen and he, along with Emmanuel Onuoha-Nzeh were awarded Man of the Match. The excellent second half performance was however soured as one of Under 15 White players had to go hospital for a suspected broken nose.

Chris and Jimmy Mousicos’ Under 15 Gold won their league game 5-2. There was fantastic play throughout and only two mistakes led to the opposition’s goals. It has been a positive start for the team and the momentum continues. Goals from Kayden (2), Freddie, Craig and Louis G.

Kyri Georgiou’s Under 18 Green continued their impressive start to the season as they beat a beat a team from a division higher in the cup and thrashed them 5-0. Kyri was beaming after the match as he commented: “That was our best performance that I can remember against a very strong team. We played some amazing football, worked hard off the ball, and were very disciplined.” Goals were scored by Solos Souris (2), Leon Brotherton, Michael Speers and Tom Vaso. Nick Minas was named Man of the Match. By contrast Chris Gregoriou’s Under 18 White lost their Challenge Cup tie 3-0. Chris Yiannitsarou Minas was named Man of the Match.

In a very one-sided match, Savva Zavros and David Poncia’s Under 14 Gold completely domninated their opposition and scored 19 (nineteen) unanswered goals. They were by far the better organised team with some excellent football being played by the whole team.

Nick Georgiou and Dino Savva’s Under 18 Gold won their away league match 3-0.  It was a much better overall performance with more effort and participation from all the players; definitely something the team can build on. The game was played in a great spirit and both teams and coaches enjoying a fair and competitive match. Goals were scored by joint Man of the Match Peter Michael (3). Other Man of the Match was Louis Capsalis

Mario Demetriou, Johnny Othona and Elvis Leon’s Under 13 Green edged a 5-4 thriller in a very exciting game. Both teams went for the attack with some great football on display. The game was played with good spirit and credit to both teams. Goals from Theo, Alex, Parris, Josh and Zach. Josh was named Man of the Match.

Mike Koumi and Adam Broomfeld’s Under 12 White played out a 2-2 draw. It was a slow start from the boys conceding space out wide to opponents that led to them scoring early. This was quicly rectified and the team started to play their football. They equalised just before half time and went into the lead early in second half with a banger from 30 yards but were punished for not finishing a number of chances and conceded an equaliser five minutes before end. Goals from Man of the Match Chris and Thomas.

Robert Protei and George Constantinou’s Under 12 Gold got through to the quarter finals of the Challenge Cup with a 5-0 win against a team a couple of divisions below them. The boys played some really nice football and scored some lovely goals. Goals scored by Joseph Russell (2), George Smith, Giggis Evangelou and Anthony Michael. Man of the Match was awarded Christos Constantinou

Barrinton Dutton’s Under 16 Green lost 1-0. One mistake was the difference.

George Pantelides Under 15 Girls were praised for their determination and football. In a game of good chances, the girls were 1-0 down, then 2-1 up after two good finishes by Andrea Leonidas. Their level dropped away in the second half and they spent much of the game from that point defending. A superb display from Bethany in goal (on her birthday) and Sapphira Kyriacou, who was awarded player of the match for her resilience and calm in defence throughout. Final score was a 4-3 defeat. 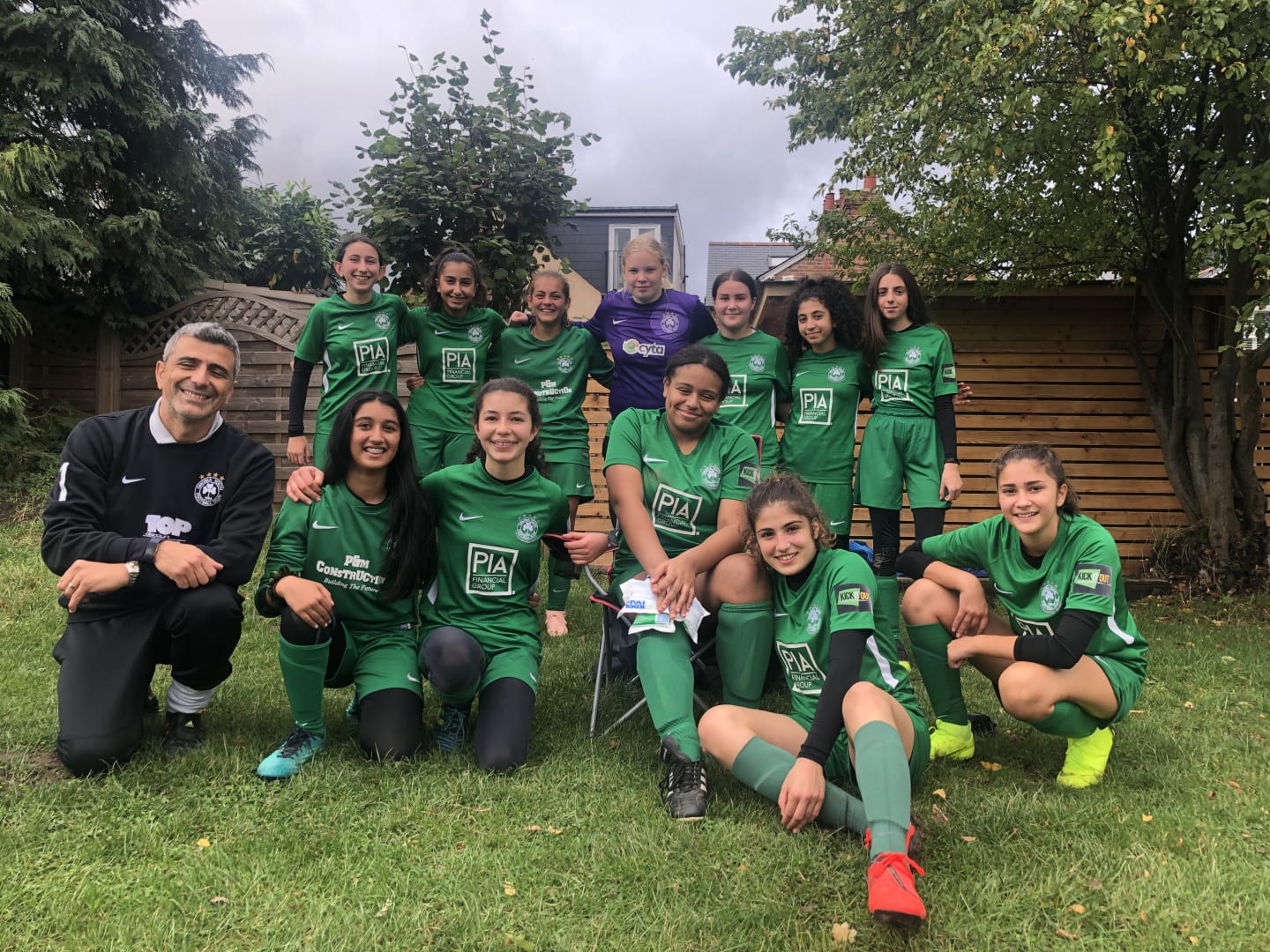 An excellent performance from the Omonia Youth Under 15 Girls

Zeno Vryonides and Vas Simou’s Under 12 Green playd their first eague game of the season and the team played with passion and battled to come back to draw 4-4. Both coaches were rightly proud of their team’s effort.  Alec scored a hat-trick with Angelo getting the other goal. Andrew was named Man of the Match.