Edward Montgomery Clift Edward Montgomery “Monty” Clift (October 17, 1920 – July 23, 1966) was an American actor. His New York Times obituary noted his portrayal of “moody, sensitive young men”. He is best remembered for roles in Red River, The Heiress, A Place in the Sun, From Here to Eternity, The Young Lions, Judgment at Nuremberg and The Misfits. He received four Academy Award nominations during his career. Clift was one of the first actors to be invited to study in the Actors Studio with Lee Strasberg and Elia Kazan. He also executed a rare move by not signing a contract after arriving in Hollywood, only doing so after his first two films were a success. This was described as “a power differential that would go on to structure the star-studio relationship for the next 40 years”. Born in 1920 in Omaha, Nebraska, Clift was raised like an aristocrat, with a private tutor and frequent trips to Europe. While he never excelled at school, his extraordinary abilities as an actor showed early.

By 15, Clift made his Broadway debut in Cole Porter’s Jubilee. Over the next 10 years, he earned prominent roles in plays by Tennessee Williams and Thornton Wilder, opposite stars like Fredrick March and Tallulah Bankhead. Hollywood repeatedly came courting, but he put off offers for nearly a decade, even turning down roles in classic films like East of Eden and Sunset Boulevard. At the age of 25, Clift finally moved to Hollywood. His first movie role was opposite John Wayne in Red River (1948).

When Peter Bogdanovich needed a movie to play as the final feature in the doomed small-town theatre in The Last Picture Show, he chose Howard Hawks’ Red River. He selected the scene where John Wayne tells Clift, “Take ‘em to Missouri, Matt!” And then there is Hawks’ famous montage of weathered cowboy faces in close up and exaltation, as they cry “Hee-yaw!” and wave their hats in the air. The moment is as quintessentially Western as any ever filmed, capturing the exhilaration of being on a horse under the big sky with a job to do and a pay check at the other end. And Red River is one of the greatest of all Westerns when it stays with its central story about an older man (John Wayne) and a younger one (Clift), and the first cattle drive down the Chisholm Trail.

Between Wayne and Clift there is a clear tension, not only between an older man and a younger one, but also between an actor who started in 1929 and another who represented the leading edge of the Method. Clift’s second movie was The Search. The 1948 Swiss-American film directed by Fred Zinnemann, tells the story of a young Auschwitz survivor and his mother who search for each other across post-World War II Europe. One oft-cited feature of this film is that many of the scenes were shot amidst the actual ruins of post-war German cities.
Clift’s naturalistic performance led to director Zinnemann’s being asked, “Where did you find a soldier who can act so well?” and he was nominated for an Academy Award for Best Actor.

In order to avoid being typecast, Clift signed on for his next movie, 1949’s The Heiress. The film was directed by William Wyler and starring Olivia de Havilland. The film is about a young naive woman who falls in love with a handsome young man, despite the objections of her emotionally abusive father who suspects the man of being a fortune hunter. The Heiress received universal critical acclaim and won four Academy Awards. Clift’s performance in 1951’s A Place in the Sun is regarded as one of his signature method acting performances. He worked extensively on his character, and was again nominated for an Academy Award for Best Actor. The film tells the story of a working-class young man who is entangled with two women: one who works in his wealthy uncle’s factory, and the other a beautiful socialite. The film was directed by George Stevens and stars Clift, Elizabeth Taylor, and Shelley Winters. The film was a critical and commercial success, winning six Academy Awards and the first-ever Golden Globe Award for Best Motion Picture – Drama.

Charlie Chaplin called it “the greatest movie made about America”. The film received added media attention due to the rumours that Clift and co-star Taylor were dating in real life. They were billed as “the most beautiful couple in Hollywood.” After an almost two-year break, in the summer of 1952, Clift committed himself to three more films: I Confess, to be directed by Alfred Hitchcock; Vittorio De Sica’s Terminal Station; and Fred Zinnemann’s From Here to Eternity. From Here to Eternity was directed by Fred Zinnemann, and based on the novel by James Jones.

The picture deals with the tribulations of three U.S. Army soldiers, played by Burt Lancaster, Frank Sinatra and Clift stationed on Hawaii in the months leading up to the attack on Pearl Harbour. Deborah Kerr and Donna Reed portray the women in their lives. The film won eight Academy Awards out of 13 nominations, including awards for Best Picture. On the evening of May 12, 1956, while filming Raintree County, Clift was involved in a serious auto accident when he apparently fell asleep while driving and smashed his car into a telephone pole minutes after leaving a dinner party at the Beverly Hills home of Elizabeth Taylor, and her second husband, Michael Wilding. He suffered a broken jaw and nose, a fractured sinus, and several facial lacerations, which required plastic surgery.

After a two-month recovery, Clift returned to the set to finish the film. Despite the studio’s concerns over profits, Clift correctly predicted the film would do well, if only because moviegoers would flock to see the difference in his facial appearance before and after the accident. Although the results of Clift’s plastic surgeries were remarkable for the time, there were noticeable differences in his facial appearance, particularly the left side of his face, which was nearly immobile. As a result, Clift’s health and physical appearance deteriorated considerably from then until his death.

Clift never physically or emotionally recovered from his car accident. His post-accident career has been referred to as the “longest suicide in Hollywood history” by acting teacher Robert Lewis because of Clift’s subsequent abuse of painkillers and alcohol. He began to behave erratically in public, which embarrassed his friends. Nevertheless, Clift continued to work over the next ten years. His next three films were The Young Lions (1958), Lonelyhearts (1958), and Suddenly, Last Summer (1959).

In 1959 Clift turned down what became Dean Martin‘s role as “Dude” in Rio Bravo, which would have reunited him with his co-stars from Red River, John Wayne and Walter Brennan, as well as with Howard Hawks, the director of both films. Clift then co-starred in John Huston’s The Misfits (1961), which was the final film of both Marilyn Monroe and Clark Gable. Monroe, who was also having emotional and substance abuse problems at the time, famously described Clift in a 1961 interview as “the only person I know who is in even worse shape than I am”. The film was a commercial failure at the time of its release, but received positive critical comments for its script and performances, and is highly regarded today. 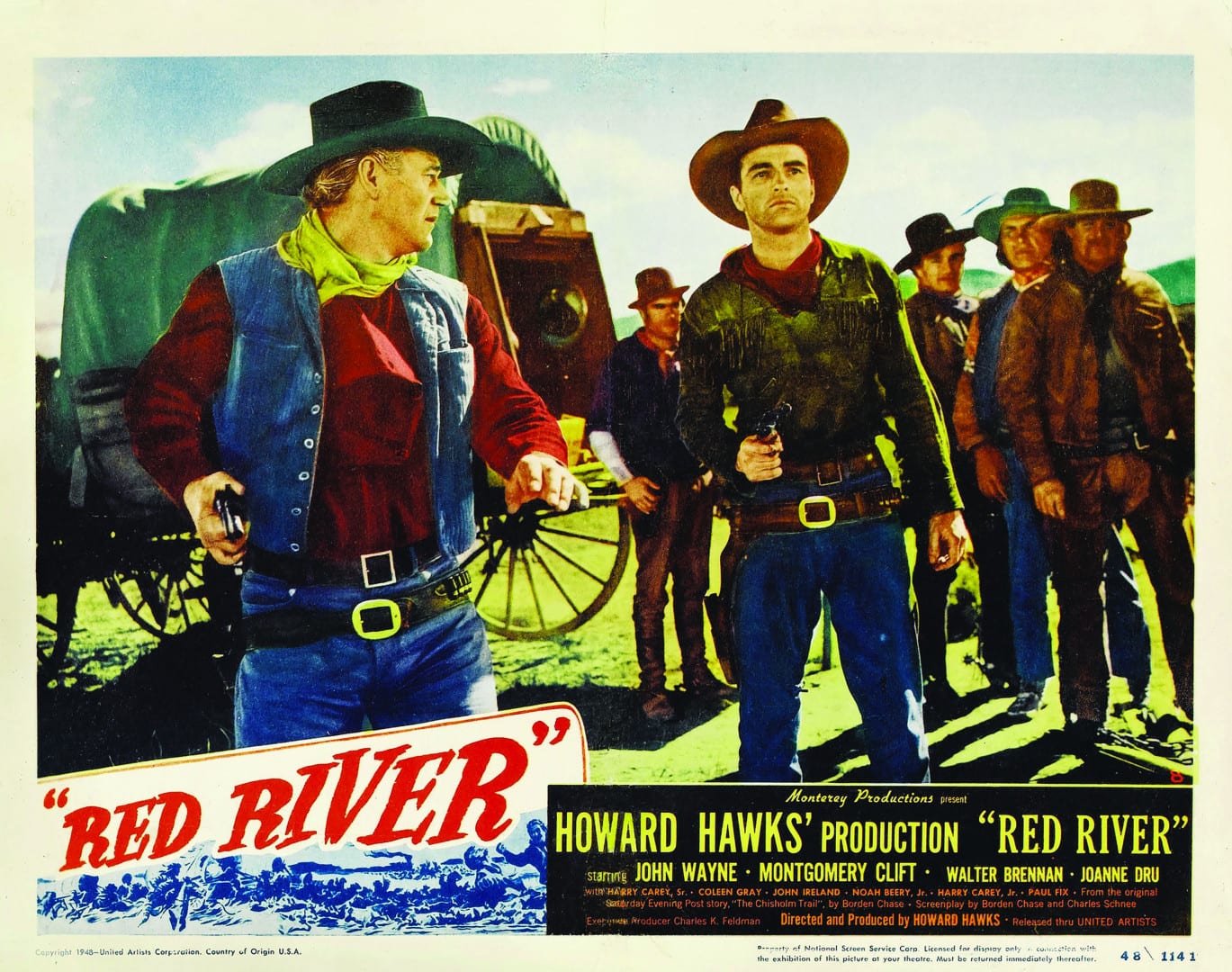 Despite on-set difficulties, Gable, Monroe and Clift delivered performances that modern critics consider superb. Many critics regard Gable’s performance as his finest, and Gable, after seeing the rough cuts, agreed. Monroe received the 1961 Golden Globe Award as “World Film Favourite” in March 1962, five months before her death. Directors Guild of America nominated Huston as best director. His last two movies, the John Huston-directed “Freud,” and the forgotten “The Defector,” were not memorable or well received. But just prior to those two films, even in his shattered state, Clift had one last moment of greatness. A heart-breaking moment of beauty. 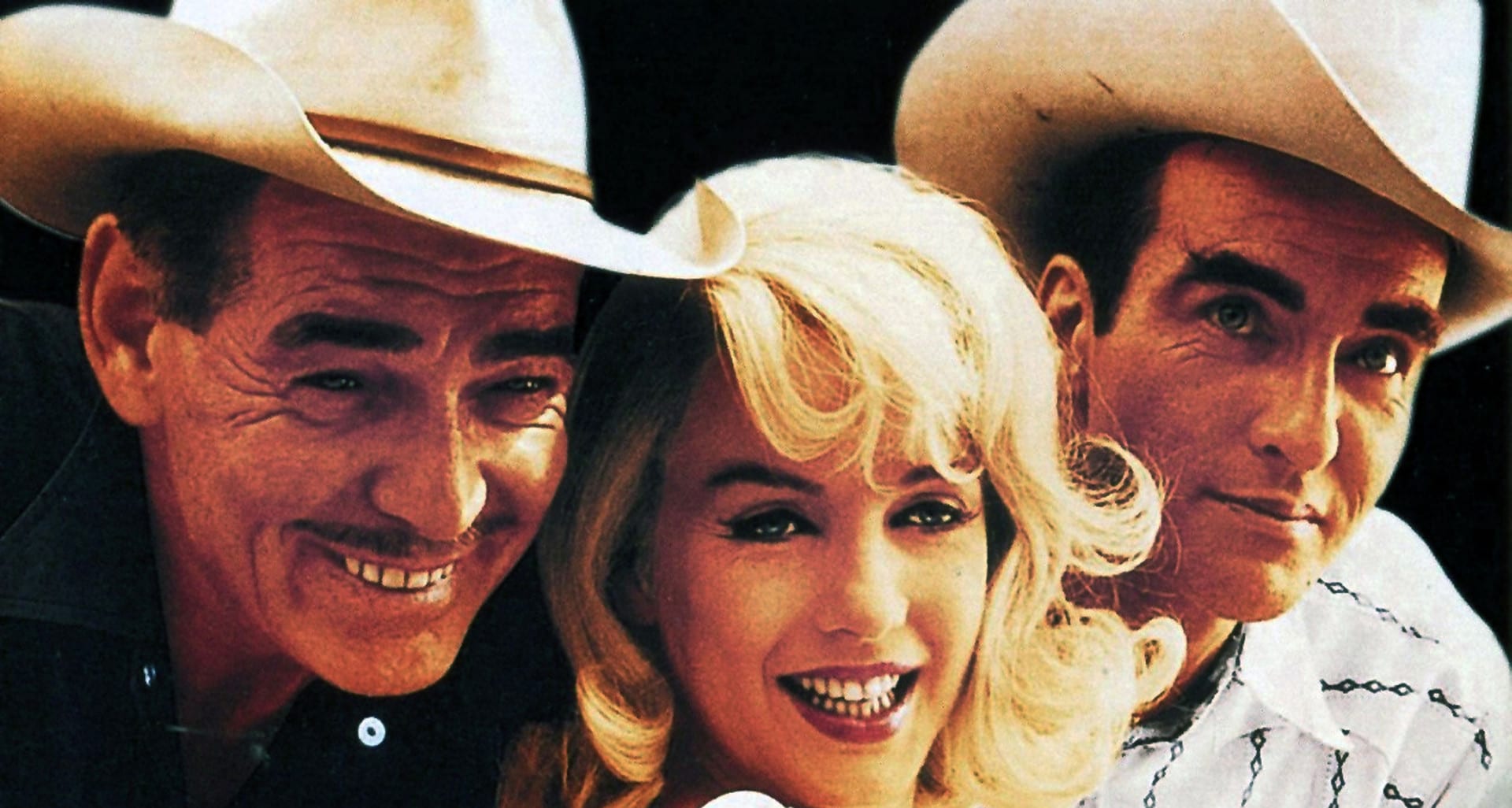 The movie was “Judgment At Nuremberg” (1961), which tells the story of one of the trials that were held in Germany after World War II to prosecute Third Reich officials for war crimes. Clift played a mentally challenged young man named Rudolph Petersen, a survivor of a concentration camp who was sterilized by Nazi doctors. This was Clift’s last nomination for an Academy Award for Best Supporting Actor, a 12-minute supporting part – 12 minutes of acting genius. He was set to play in Elizabeth Taylor’s Reflections in a Golden Eye (1967), when he died on the early morning hours of July 23, 1966 at his home at age 45. His body was found by his live-in personal secretary/companion Lorenzo James who found Clift lying on top of his bed, dead from what the autopsy called “occlusive coronary artery disease.” Clift’s last 10 years prior to his death from his 1956 car accident was called the “longest suicide in history” by famed acting teacher, Robert Lewis. 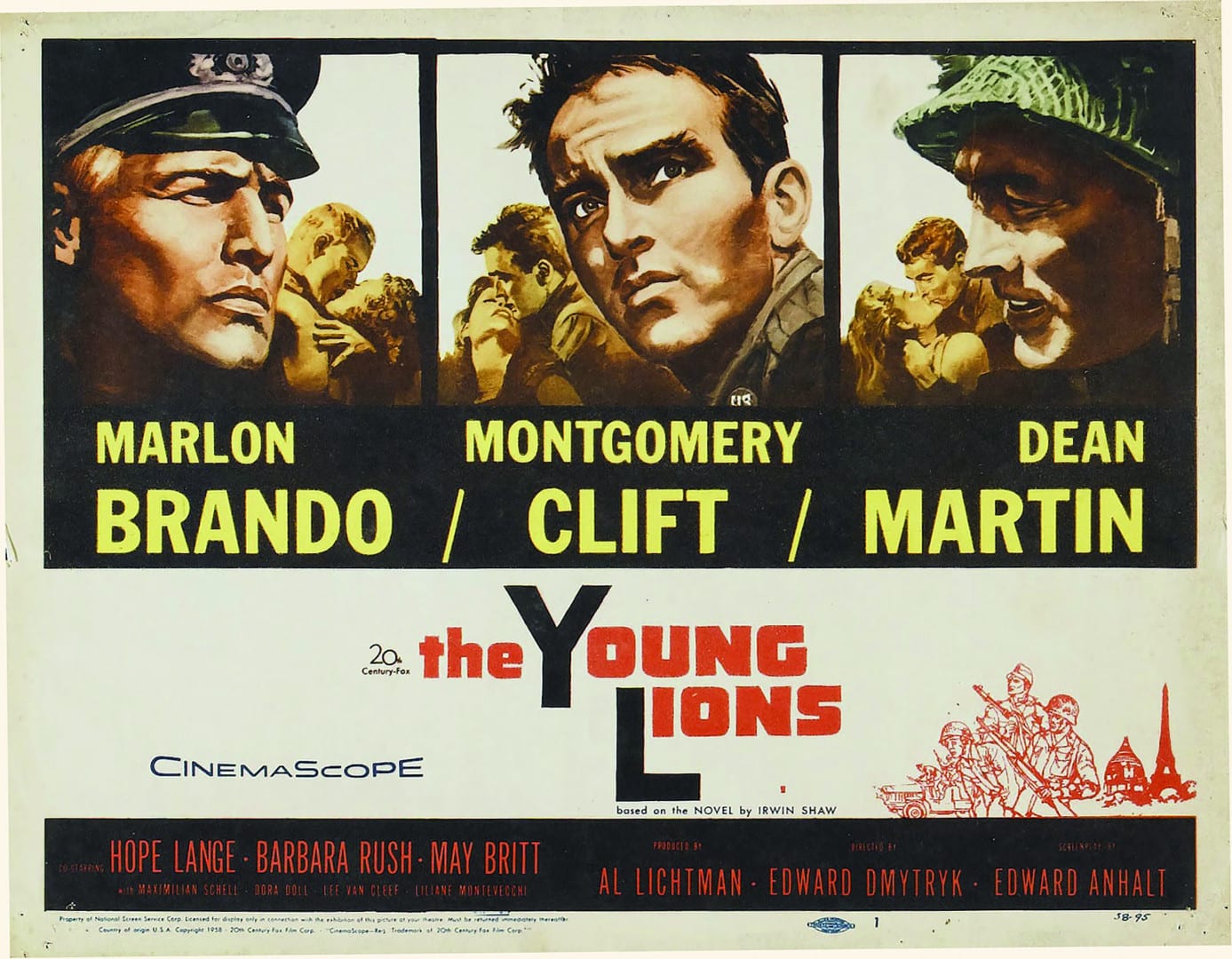