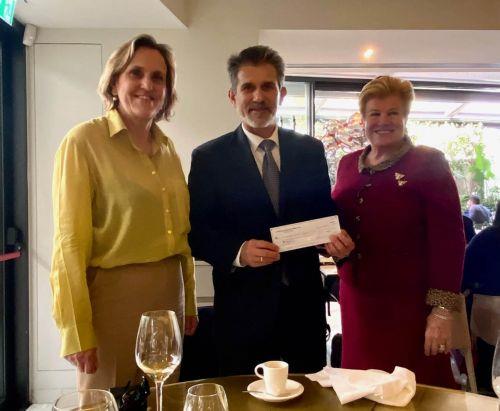 The Cyprus Children’s Fund announced it supports eight non-profit organisations in Cyprus with $64,000, while declaring its dedication to its mission with the continuation of its yearly grants.

The Fund, in a press release, said that, Nicos Zittis, National Chairman and President of the Cyprus Children’s Fund (CCF) and the Board of Directors announce the support of eight non-profit organizations in Cyprus with donations totaling $64,000. “The organization renews its dedication to its noble mission with the continuation of its yearly grants”, it said, adding that the funds are revenues from its annual fundraising event and donations made to the Fund from individual contributors and organizations.

The 2022 donations are being distributed to the Independent Social Support Body, headed by the First Lady of the Republic of Cyprus, Andri Anastasiades, which financially supports students studying at universities in Cyprus. The Theotokos Foundation, the Ronald McDonald House Charities Cyprus, the Association of Parents & Friends of Children with Special Needs (Limassol), the Autism Society – Paphos, the Margarita Liasidou Foundation, the St. Loucas Community, and the Archangel Michael Hospice, are also recipients of the grants for 2022.

“For yet another year, the Cyprus Children’s Fund is continuing its support of non-profit, charitable organizations in Cyprus which provide essential services to children and young adults with a diversity of special needs”, Zittis said. He added that, this year, they will be donating “the notable amount of $64,000 as a result of our very successful annual fundraising event and the generosity of donors to whom we are indebted”.

The press release notes that the Cyprus Children’s Fund continues to support children, families and organizations with noble missions.