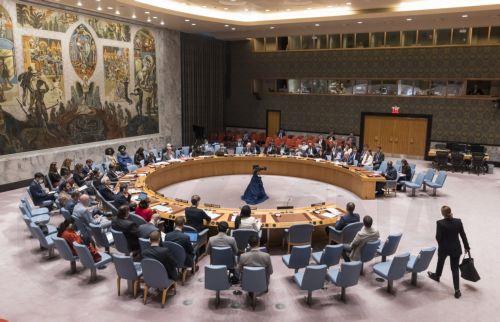 The appointment of a special envoy for the Cyprus issue will pave the way for negotiations between the two sides, members of the UN Security Council said during a closed session on Tuesday, diplomatic sources have told CNA.

The proposal was put forward by representatives of France, Switzerland, Great Britain and China and as it was pointed out that such a move is necessary to move the negotiations a step further, the same sources said.

Members of the Security Council further noted that Turkey has ignored recent Security Council calls about its actions which are contrary to United Nations resolutions and stressed the need for commitment to the solution of a bizonal, bicommunal federation.

The United Nations Peacekeeping Force in Cyprus (UNFICYP), comprising military and civilian personnel from various contributing countries, arrived in Cyprus in March 1964 after intercommunal fighting broke out. The mandate of the force is renewed every six months by the Security Council.