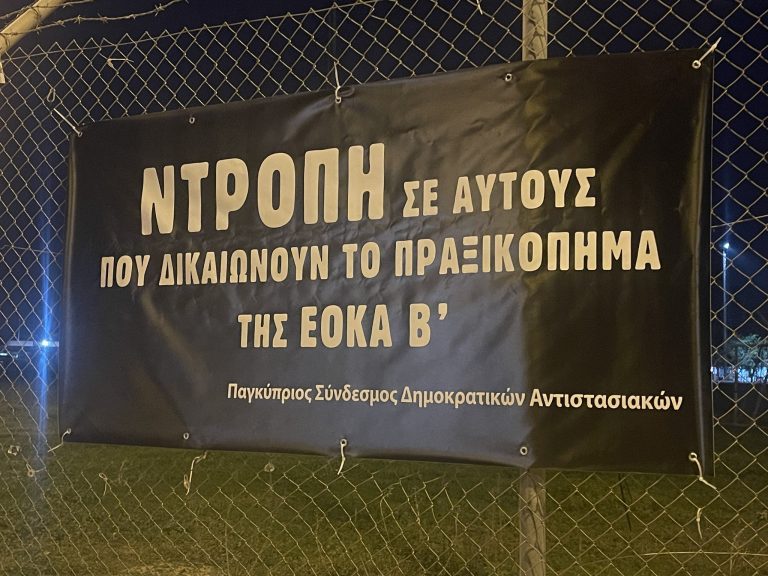 Pancyprian League of Democratic Resistance Fighters Facebook page
On 17 November, a symbolic day for the struggles for democracy, the Pancyprian Association of Democratic Resistance Fighters held a protest meeting outside the House of Representatives. We demanded an end to any attempt to justify the murderers of our homeland, to stop any attempt to honour the traitors of EOKA II and Grivas. The recent decision to build a Grivas museum with state funding is a disgrace and an insult to the memory of the dead of the coup d’état and the invasion. We strongly condemn all parties that have consented to government’s proposal.
The attitude of the Right and the extreme right parties (ruling DISY party – far-right ELAM) was to be expected, but we are extremely disappointed with the attitude of the Democratic Party DIKO and socialist EDEK parties, whose positive vote approved the release of the frozen fund from the state budget. Resistance fighters
yesterday shouted once again that we will never stop defending the historical truth, the constitutional order and democracy. We march with those forces that honor the heroes of the anti-fascist resistance and stand against such actions. We thank the General Secretary of AKEL who was present at the event and expressed his support towards our struggle.
We call on our people to be vigilant. In a few months the presidential elections will take place and we must send a powerful message of progressive change. To say No to those who justify the coup and sell out our country, No to those who boast that they will be a continuation of the decade-long government of the DISY party.
No to the falsification of history!
EOKA B’ – Grivas – Murderers!
Fascism Will Not Pass! 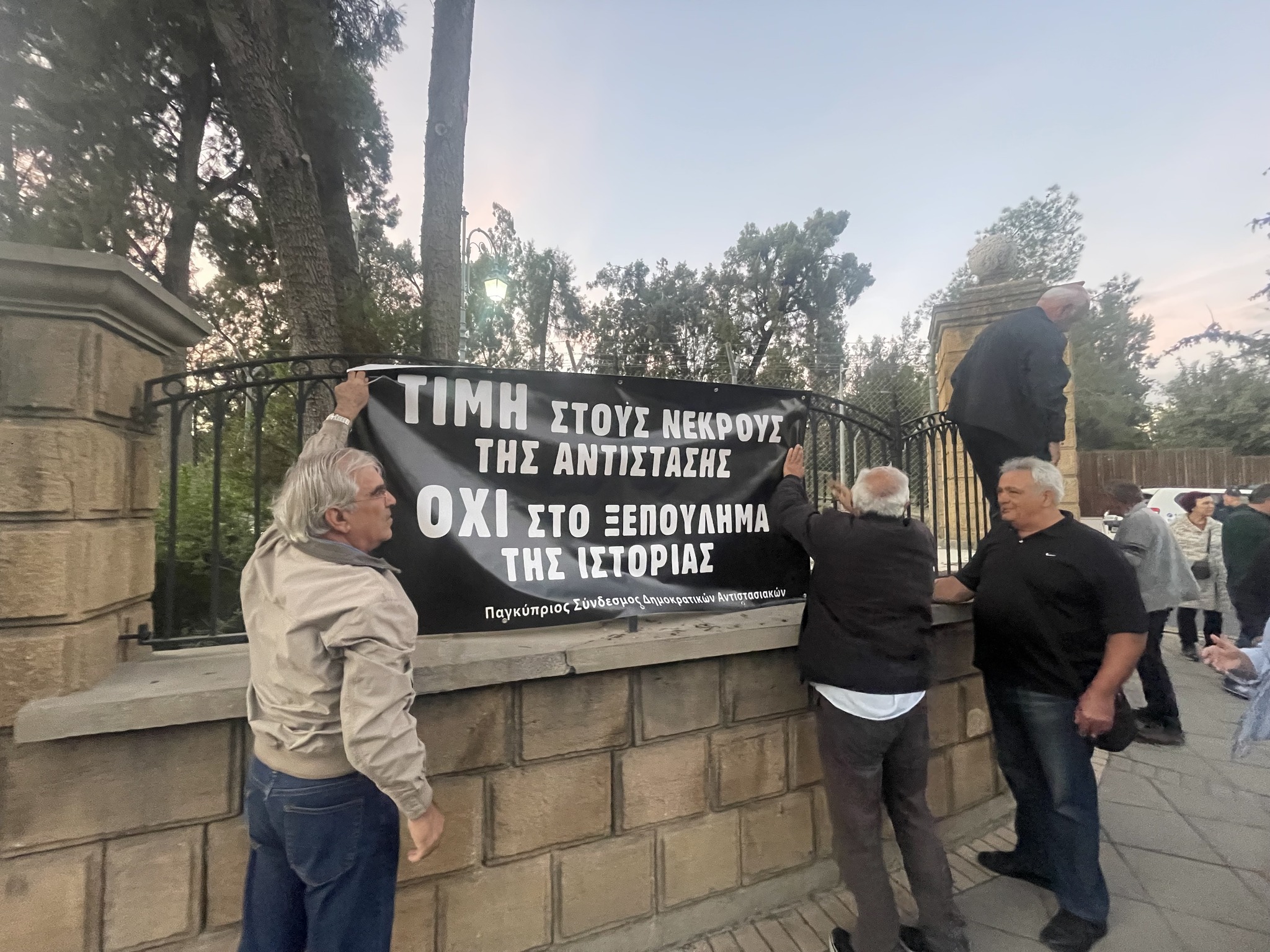 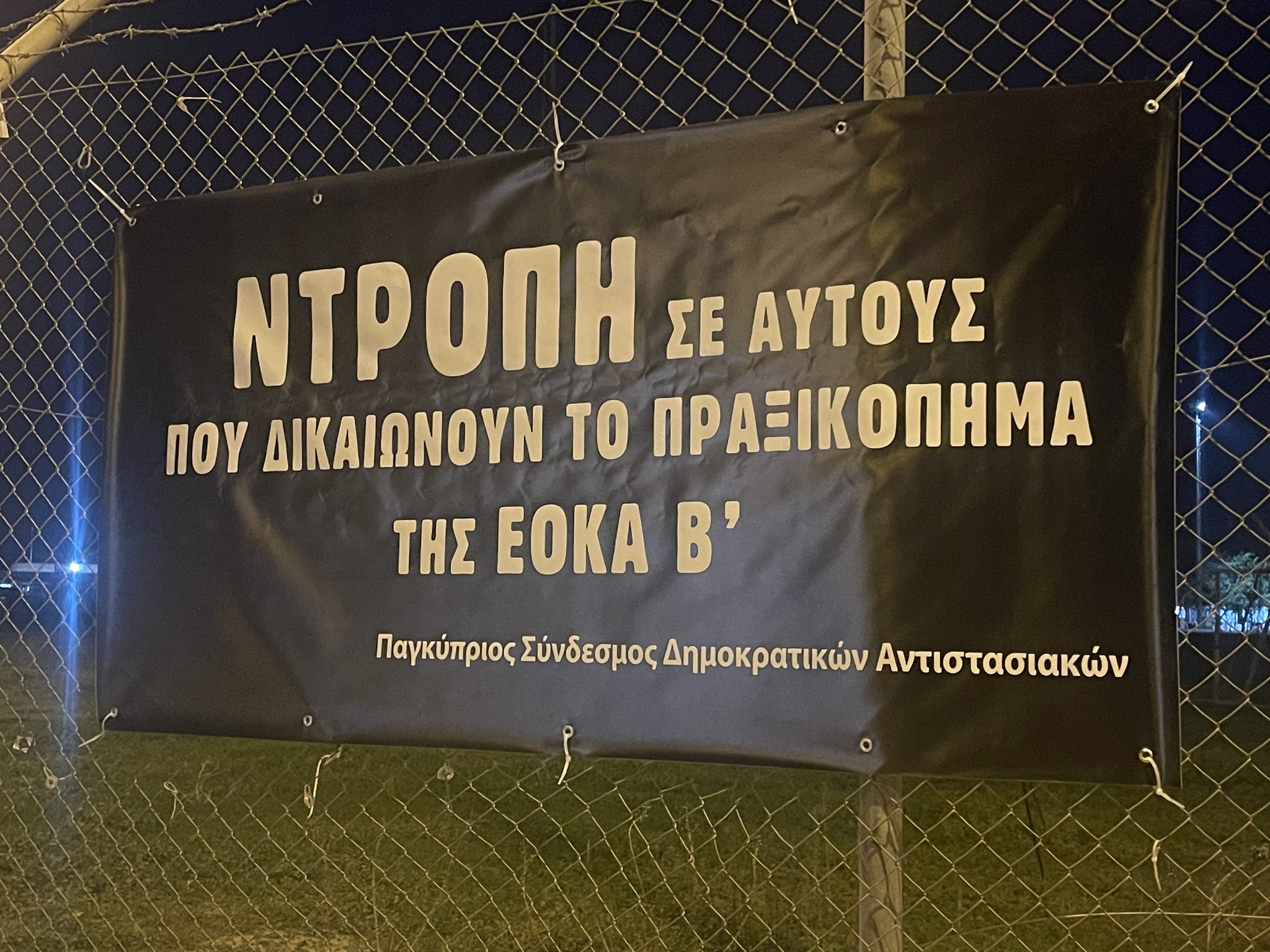 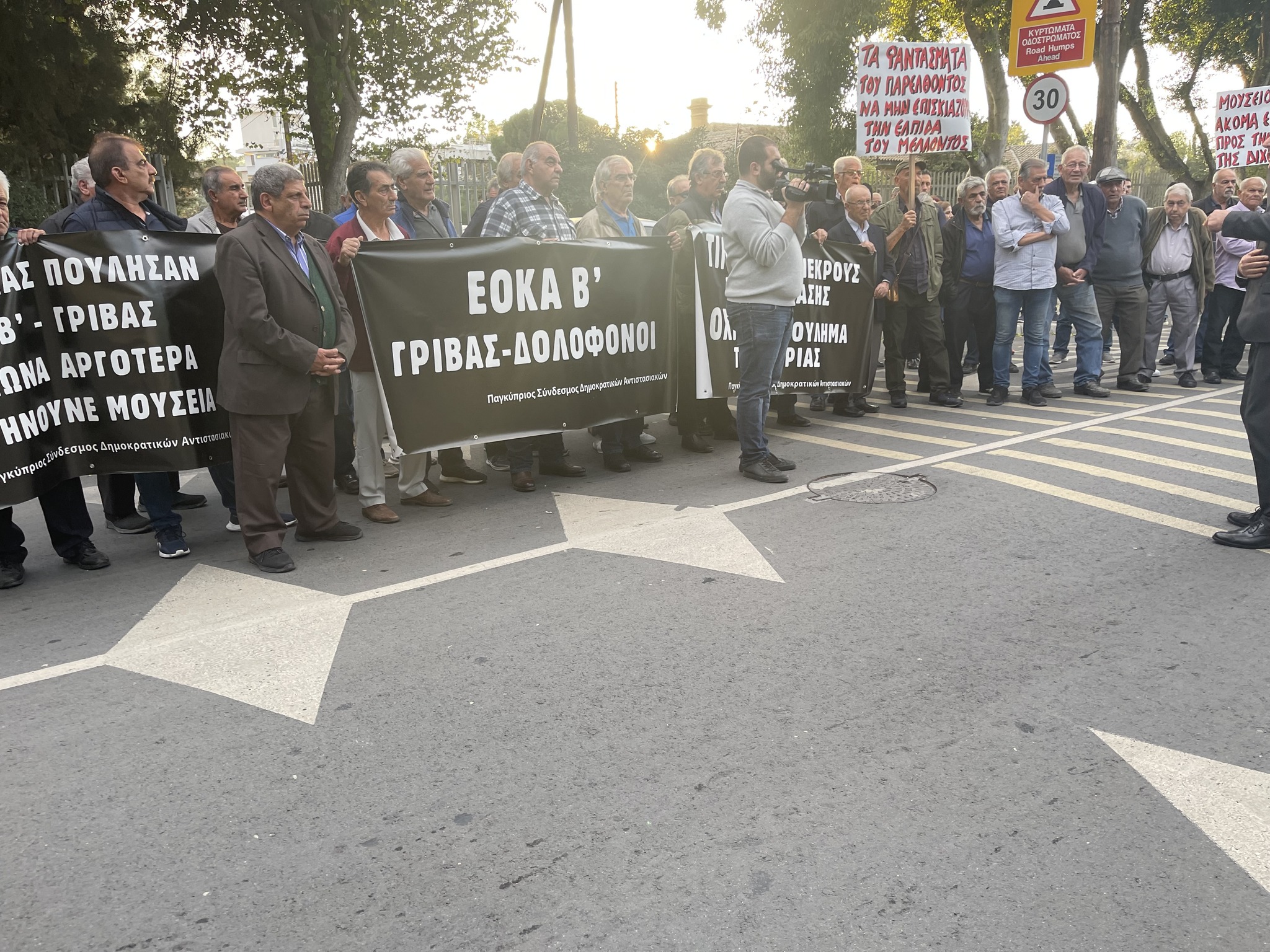 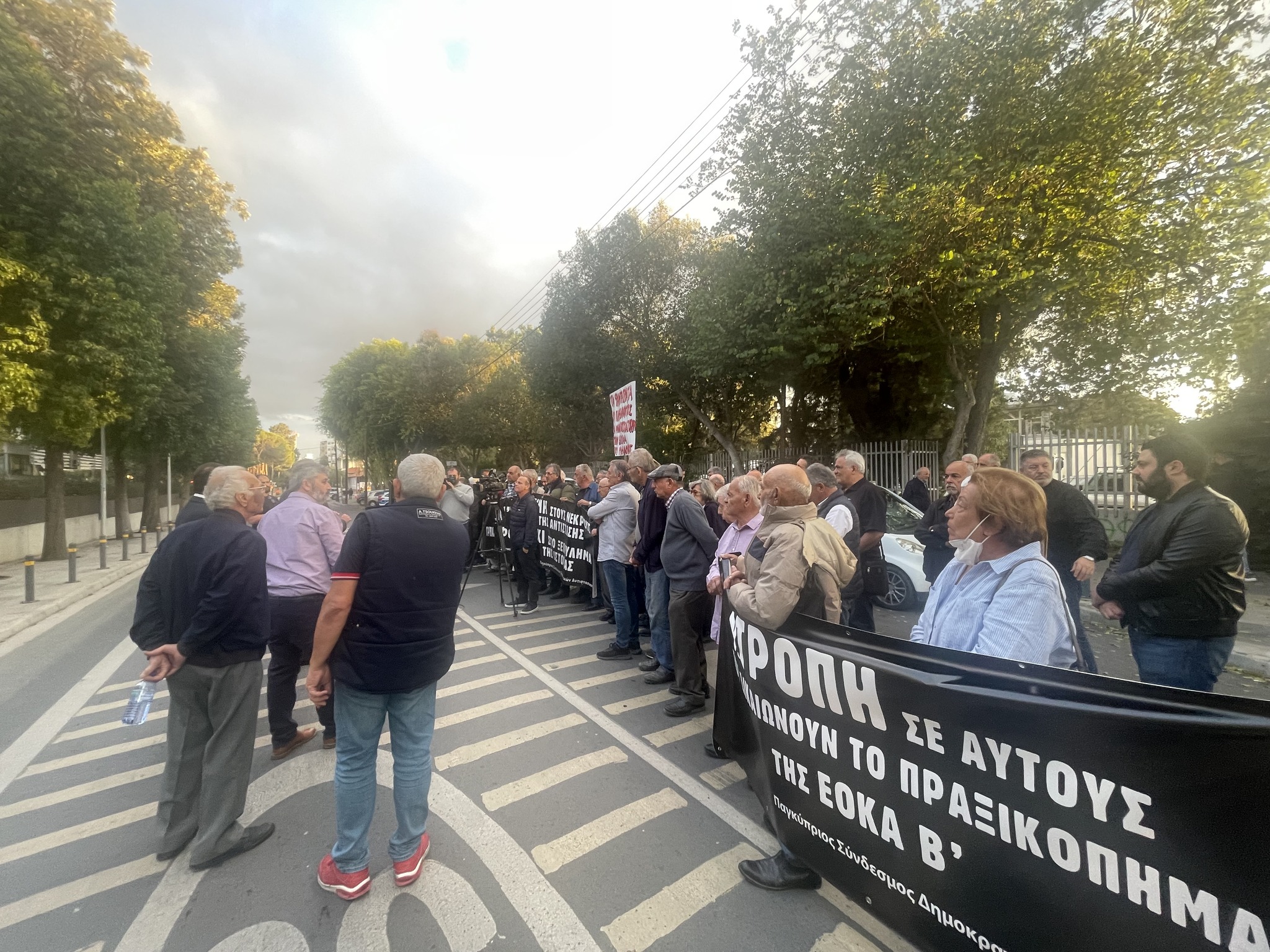 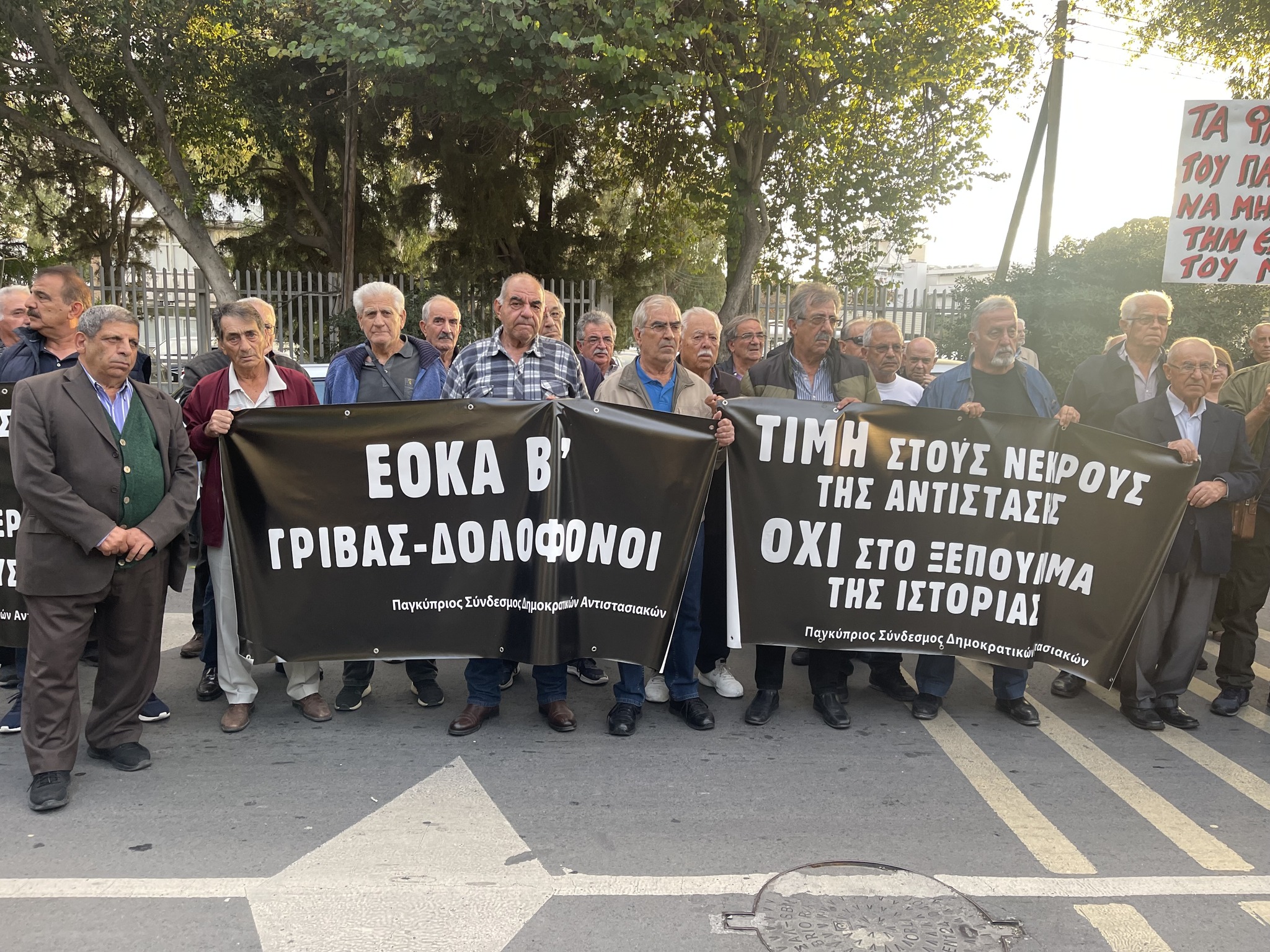 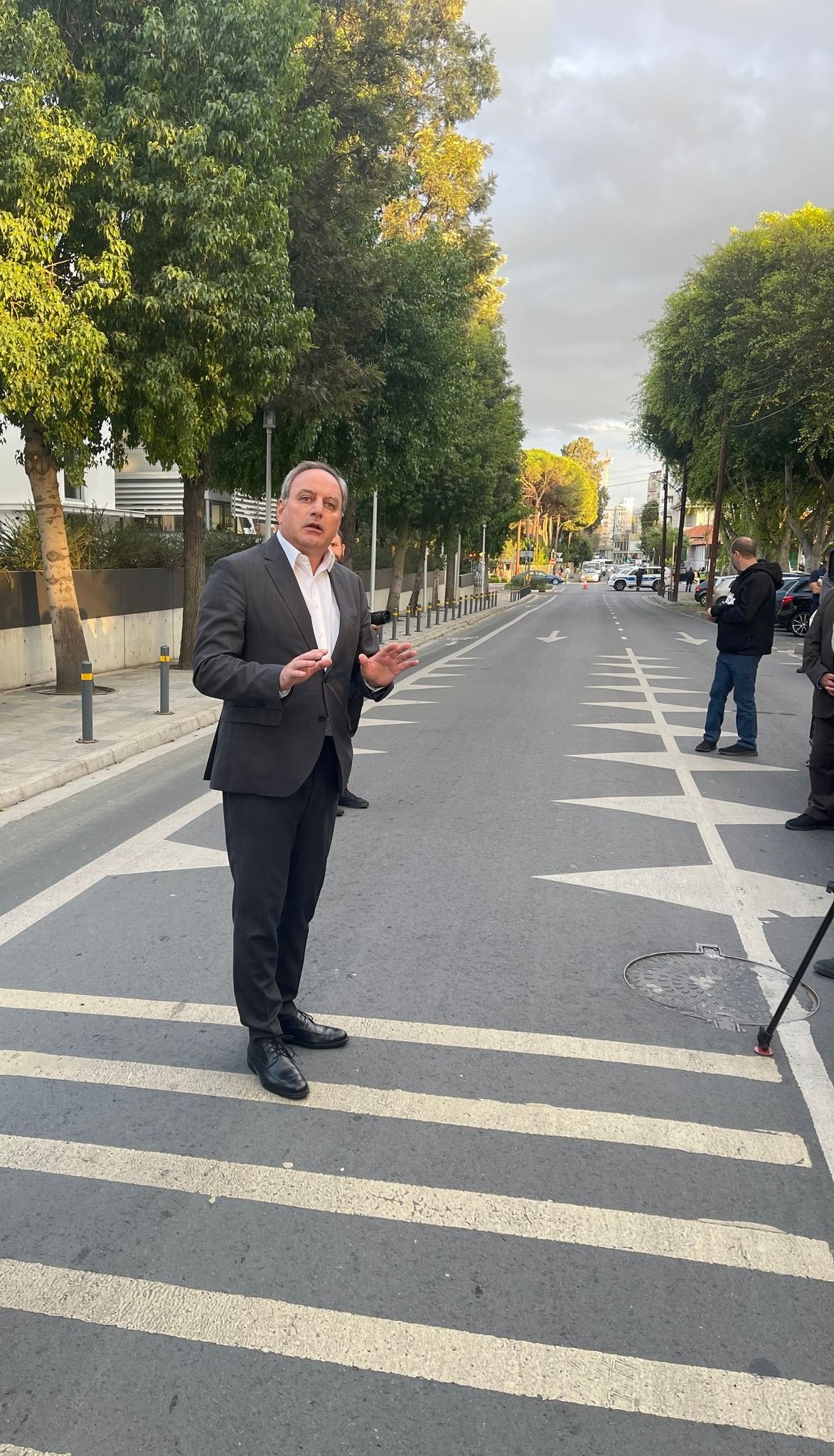 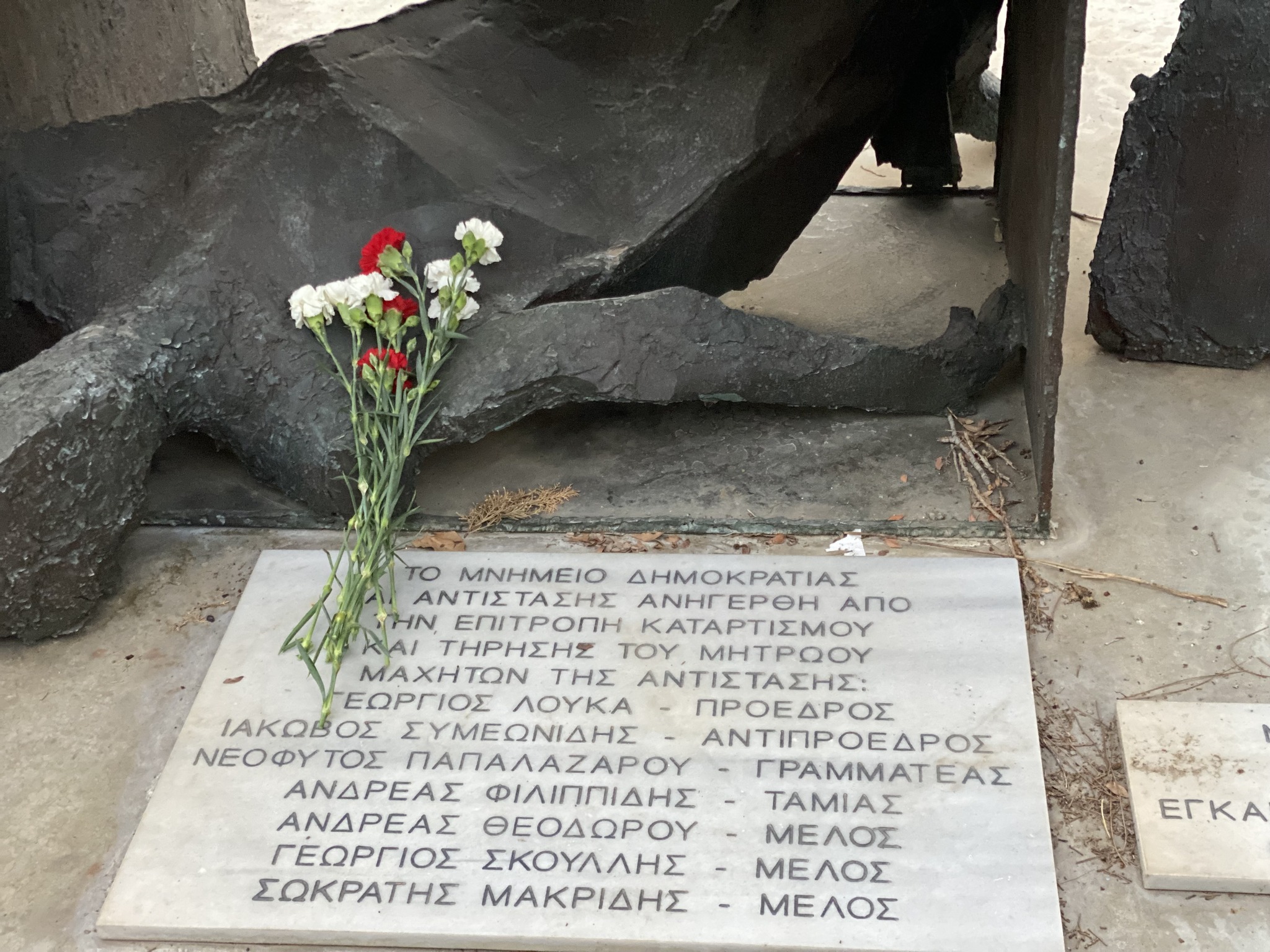