Greece loses to an injury-time freekick in Hungary 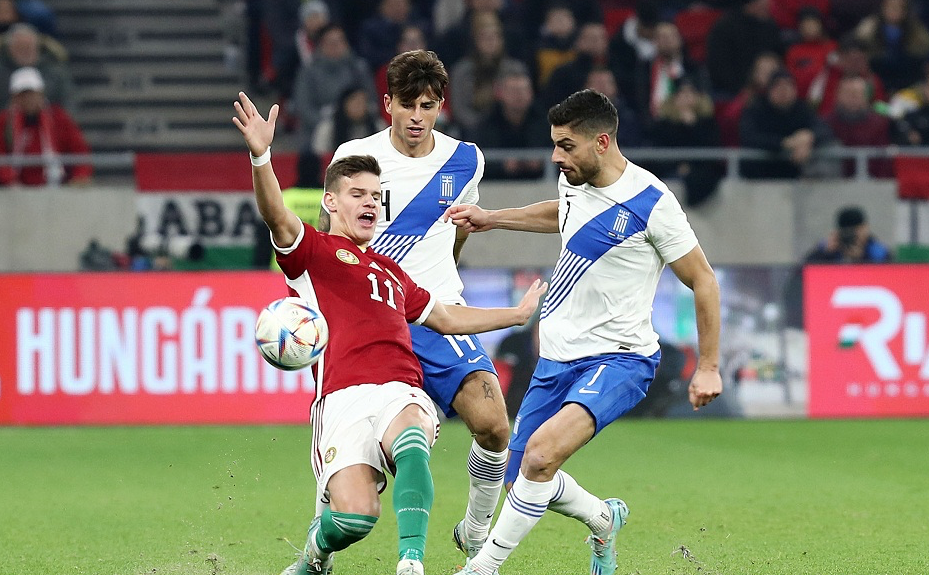 Greece had another disappointing show in a friendly game on the road within three days, as after the 2-2 result at Malta last Thursday it went down 2-1 to Hungary in Budapest with on Sunday.

Hungary opened the score on the 15th, when Roland Sallai and Callum Styles combined, with the former slotting the ball past Greece keeper Alexandros Paschalakis, in what was more or less the sole error the Greek defense committed in the first half.

Greece enjoyed more possession in the first half, but not so in the second, when the hosts were more threatening in attack and missed several chances in the first 30 minutes of the half.

However it was Greece that managed to score, as a run from the left flank by Lazaros Rota brought the ball to the edge of the area where Tasos Bakasetas marched on, to earn a penalty that he successfully converted 10 minutes from time.

Just as it appeared Greece’s comeback would suffice for a draw, Hungary earned a freekick a few meters outside the area in injury time. Zsolt Kalmar made the most of the wrongly positioned wall of the Greek defense to score the winner for the Hungarians.