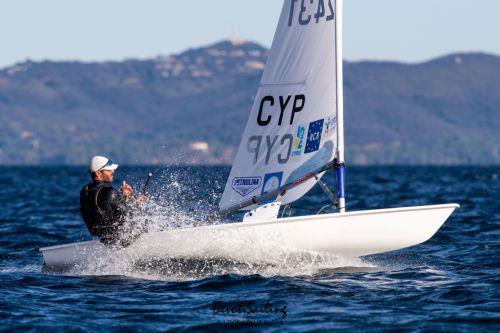 According to press release about the Olympic silver medalist (London 2012) latest achievements, this is his second win in Hyeres, after winning the World Cup last April. This win, in this year’s last race, makes him the top laser athlete for 2022, with three wins in total.

Kontides was in the top ten athletes throughout the European Championship’s races, since it begun in Hyeres last Wednesday, November 16.