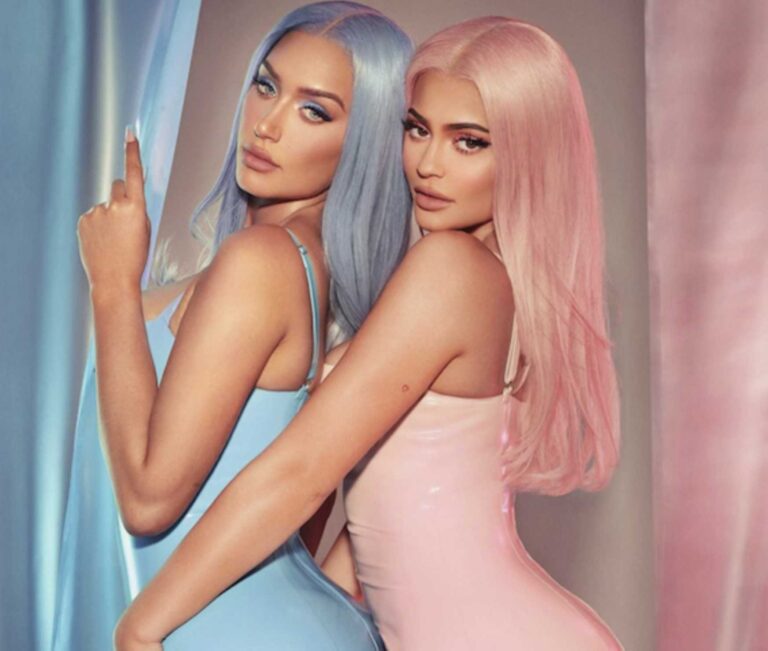 Kylie Jenner and her long-time friend, Greek American Anastasia ‘Stassie’ Karanikolaou, promoted their collaboration for Kylie Cosmetics in a video shared on the former’s YouTube channel on Saturday.
The clip saw the influencers try out several of the products from their line, released on 13 June.
Jenner and Karanikolaou began by showing off their new liquid liners, available in pink and blue. Other products include a gloss duo, a special Stassie matte lip kit, a pressed powder palette and a highlighter. The collection is available on Kylie Cosmetics’ official website.
Stassie is so close to Kylie that, at one point, she even moved into her home. The pair also have matching tattoos that read Stormi, the name of Kylie’s daughter.
As a tribute to her Greek heritage, Stassie has a tattoo on her right hip that reads ΟΜΟΡΦΗ ΤΡΕΛΗ ΖΩΗ, which translates to Crazy Beautiful Life.