New Salamis have Wembley FA Vase final within their reach 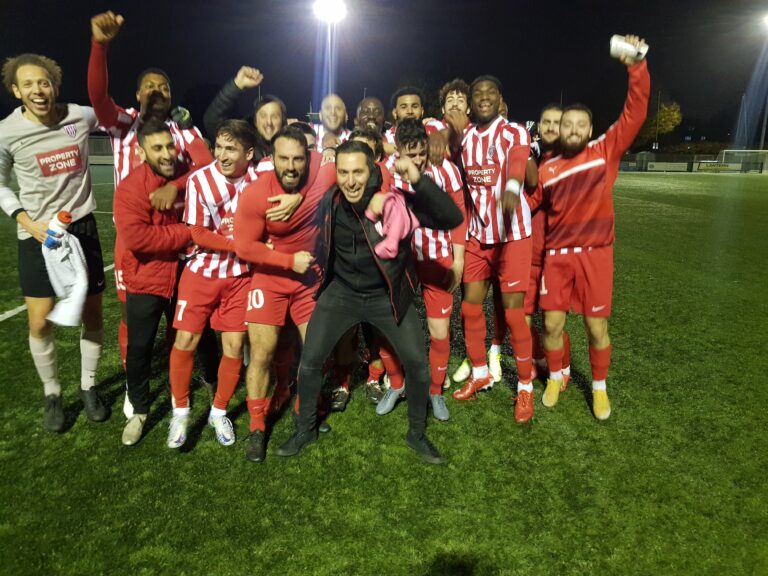 A massive win for New Salamis to progress to next round FA vase.
New Salamis had a hard battle in beating Eastern Counties League team Ipswich Wanderers 2-0.They knew they were in for a hard battle and coped well.
The first half both sides were trying to break the ice and it was both teams goal keepers who kept them in the game.
New Salamis had a Fred header cleared of the line. Also Ipswich had a long distance shot superbly saved by the New Salamis keeper .
The reds broke the deadlock in the 40th minute when a Derek Asamoah cross found Harrison Georgiou who scored with a spectacular flying header.
The second half both teams were nervous New Salamis looking to kill the game and Ipswich trying for a equaliser.
The second goal came in the 75th minute when Derek Asamoah crossed from a free kick and found Harisson againto head into goal via a deflection and send the fans into celebration and into the next round with the draw being made on Monday at Wembley Stadium.

New Salamis who now play at a higher level of the National league in the Spartan South Midlands League are having a good run in the FA Vase whose final will be held at Wembley stadium in May 2022.

New Salamis beat Norwich United, Takeley and Hackney Wick in previous rounds.
They have the knack of doing well in FA cup competitions. Whilst playing in the KOPA League they won the FA Sunday Cup, reached two finals and two semi finals – maybe Wembley will be within their reach.