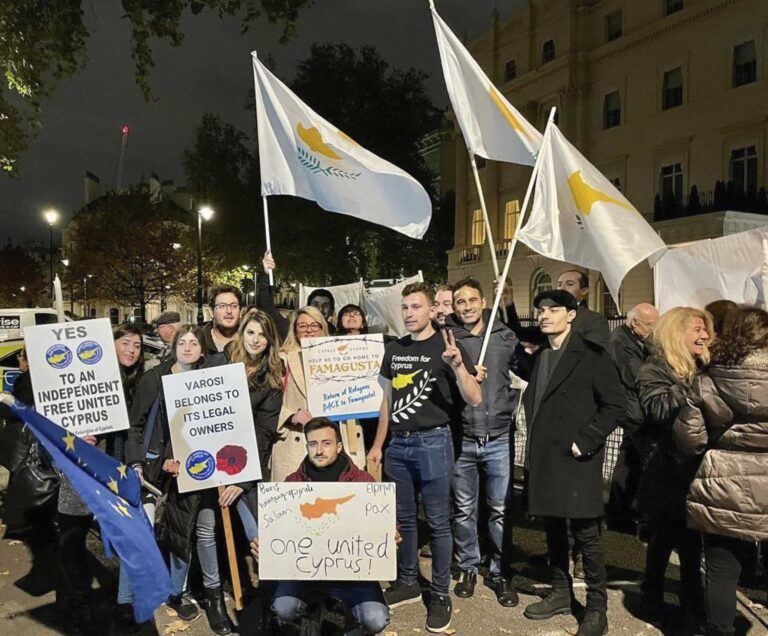 On 15 November, NEPOMAK branches marked the deplorable 38th anniversary of the illegal ‘Unilateral Declaration of Independence (UDI)’ by the occupation regime in Cyprus. Young, diaspora Cypriots reiterated their strong support for a free, united Cyprus and opposition to Turkey’s ambition of permanently partitioning Cyprus.
15 November marks the day in 1983 that Turkey’s occupation regime in Cyprus made its ‘unilateral declaration of independence’. The United Nations and international community strongly condemned this move with United Nations Security Council resolution 541 (1983) describing it as “legally invalid” and United Nations Security resolution 550 (1984) calling for all states not to recognise or assist the illegal regime. To this day, no country other than Turkey recognises the illegal ‘UDI’.
The President of NEPOMAK, Christos Tuton, commented on the significance of this anniversary at a protest outside the Turkish Embassy in London organised by the National Federation of Cypriots in the UK.
Mr Tuton said, “the illegal ‘UDI’ by the occupation regime on 15 November 1983, represents a significant part of Turkey’s unacceptable and illegal long-term aim of permanently partitioning Cyprus. It is therefore vital that we continue to oppose and reject the ‘UDI’, whilst demanding a free, united Cyprus. I’m proud that NEPOMAK members around the world have been active on this sad day for Cyprus. As young, diaspora Cypriots we will never stop campaigning for the reunification of Cyprus and the end of Turkey’s illegal occupation.”
In London, representatives of NEPOMAK UK participated in the National Federation of Cypriots in the UK’s protest outside the Turkish Embassy. Representatives of NEPOMAK UK also accompanied the President of the National Federation of Cypriots in the UK, Christos Karaolis, to deliver a resolution to the Ambassador of Turkey to the UK. NEPOMAK UK members held banners calling for a free, united Cyprus and for Varosha to be returned to its lawful residents.
In New York City, NEPOMAK USA organised a protest outside the United Nations headquarters with the support of PSEKA and the Federation of Cypriot American Organizations. They called for the United Nations to ensure that Security Council resolutions on Cyprus are implemented, as well as for the withdrawal of Turkish troops from Cyprus, and for Turkey to take its hands off Varosha.
NEPOMAK Canada sent a joint letter to Canadian Prime Minister Justin Trudeau, alongside the Cypriot Federation of Canada. The letter calls on Mr Trudeau to ensure that the Canadian Government “makes Cyprus a high priority in Canadian foreign policy” and “offer any assistance you can on an international level to pressure Turkey into ending its unlawful occupation on our land.”
NEPOMAK Rest of Europe wrote to the President of the European Commission, Ursula von der Leyen, to highlight the injustice of the 38th anniversary of the illegal ‘UDI’ and its role in dividing Cyprus and its people. The letter also thanks President von der Leyen for her clear statement earlier this year in which she said that the EU would “never, ever accept a two-state solution” in Cyprus. 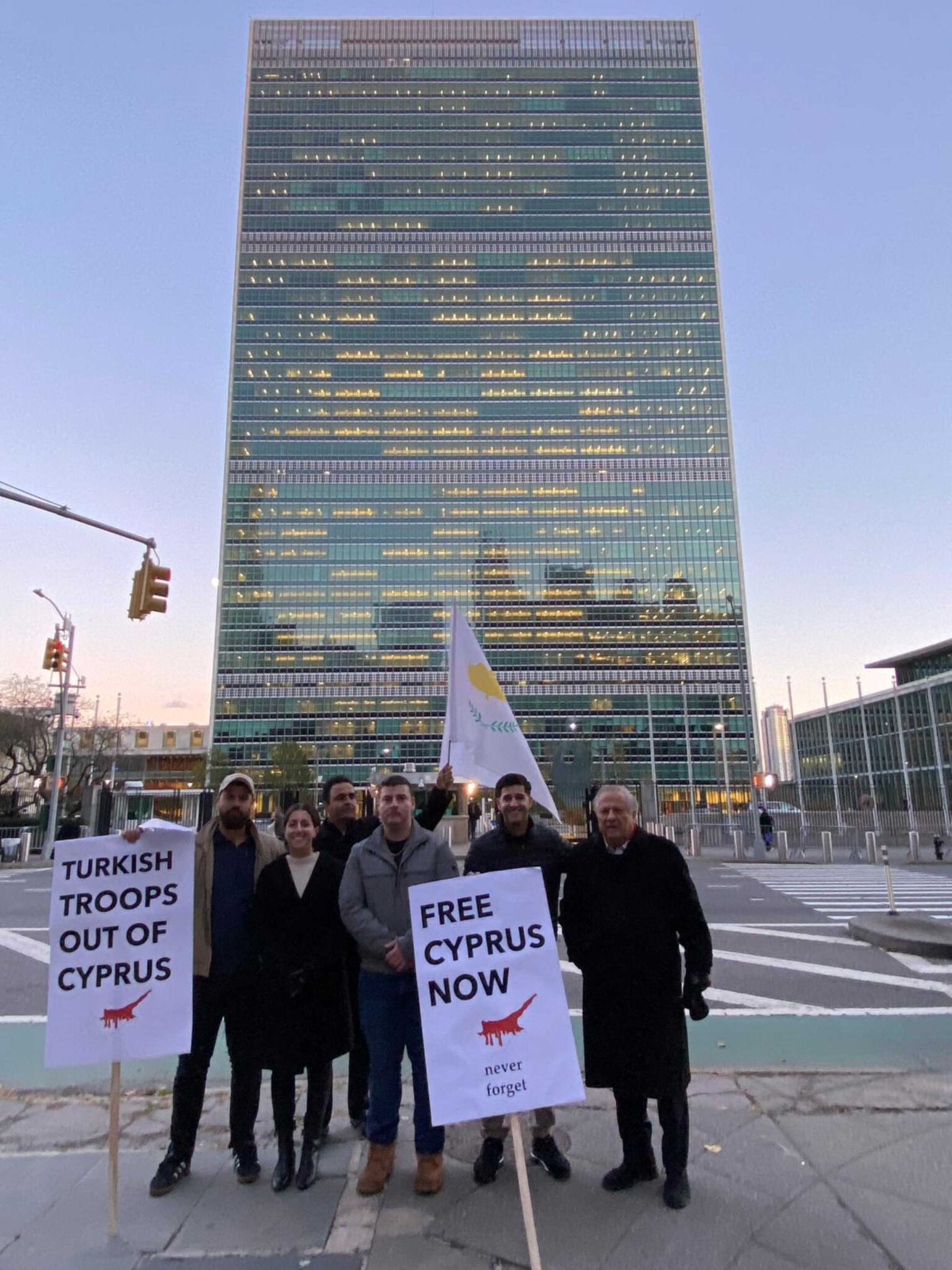