US must stand with Cyprus, on Turkey’s provocations in Cyprus EEZ 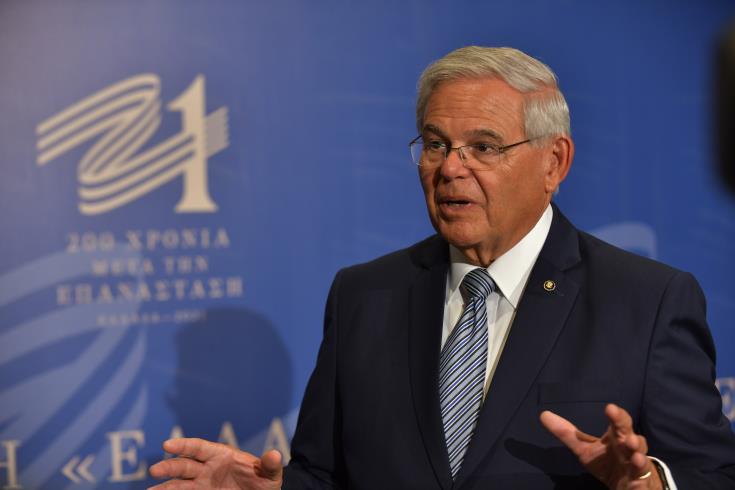 The US must stand with Cyprus, Chairman of the Senate’s Foreign Relations Committee, Robert Menendez has said referring to Turkish violations of Cyprus’ Exclusive Economic Zone.

“Turkey is once again undermining stability in the Eastern Med, this time by violating the Republic of Cyprus’ Exclusive Economic Zone,” Menedez wrote on Twitter.

“The US must stand with Cyprus, and the EU should also fully support the vital interests of one of its member states,” he noted.

The government of the Cyprus Republic issued an anti-Navtex following Turkey`s Navtex as regards the seismic ship Oruc Reis which will be conducting research in the Eastern Mediterranean until December 16.

The Navtex affects to a small degree Cyprus` exclusive economic zone in the north of the island, in an area from occupied Kerynia to Turkey. In the Navtex the Cyprus Republic noted that the Turkish Navtex violates its sovereign rights.

On Friday Antalya Navtex Station issued the Navtex saying that Oruc Reis will be accompanied it its research operation by ships Ataman and Genghis Khan of the Turkish navy.