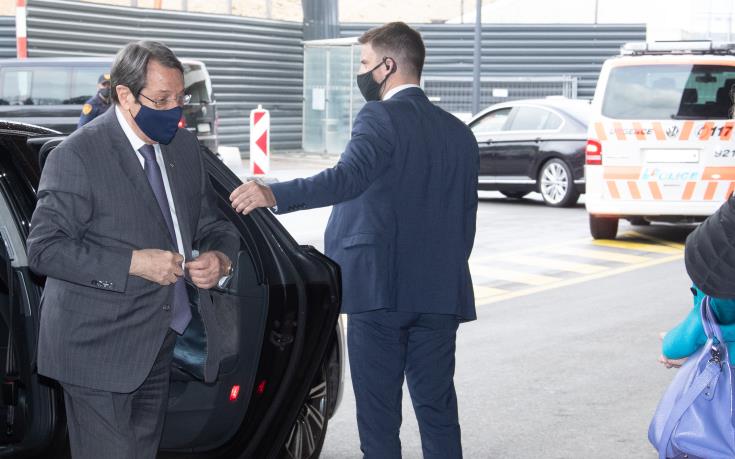 Cyprus President, Nicos Anastasiades, said on Thursday that he was ready to have a meeting with the UN Secretary General, Antonio Guterres, and Turkish Cypriot leader, Ersin Tatar, later this month in New York, where he will be flying to participate in the UN General Assembly.

Invited to comment on statements by Tatar that the reason that the UNSG`s Special Envoy, Jane Holl Lute, did not come to Cyprus was not the refusal of the Turkish Cypriot side to meet her, but Lute did not visit the island for her own reasons, the President said that “Lute is in contact by phone with the negotiator, conveys to him her positions and such an issue was never raised.”

Anastasiades said that “what was initially planned was for her to probably visit Cyprus with her husband for vacations, and also hold meetings during her presence here. Following that she said that there was not going to be such a trip, but she would prepare, while visiting the island, the meeting that would take place in New York. The response from the Turkish side was that they were not ready for dialogue and consultations” the President said.

Asked about the possibility of a meeting in New York between himself, Guterres and Tatar and invited to comment on the latter`s statements by which he does not rule out such a meeting, Anastasiades said that “we have stated that we are fully ready to meet with the UN Secretary – General. And I also reiterated in my letter (to the UNSG) that I am ready for a trilateral meeting.”

Moreover he said that there seems to be a change in the Turkish stance due to the fact that they are worried that they will be blamed if such a meeting does not take place.

Asked about his proposal with regard to the return to the 1960 constitutional arrangement, the President said that he did not have to say anything else on this and that he will elaborate on this issue when he meets the UNSG.

“I never hesitated to submit proposals so that the way for a creative dialogue opens,” he noted.

Cyprus has been divided since 1974, when Turkish troops invaded and occupied 37% of its territory. Numerous UN backed talks to reunite the island have failed to yield results.