Cyprus and France conduct joint exercise off the coast of Cyprus 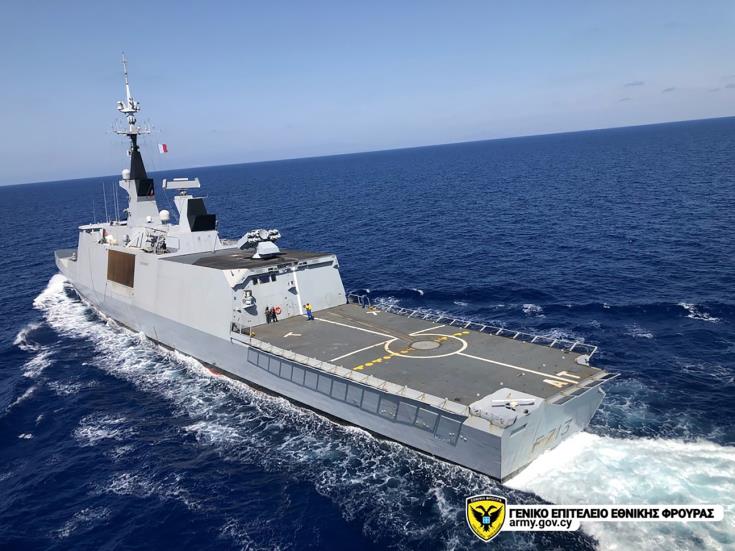 Cyprus and France conducted a joint exercise off the eastern coast of Cyprus, with the participation of French frigate Aconit and a helicopter from the 460 SAR Squadron.

An announcement by the National Guard General Staff says the drill took place in the maritime area east of Larnaca. The AW-139 helicopter was involved in crossdeck operations on Aconit.

The drill also reflects the wide range of cooperation schemes the National Guard is taking part in, contributing to an increased feeling of security and stability in the Eastern Mediterranean region and beyond, the announcement concludes.

The French Embassy in Cyprus also announced the drill in a post, on twitter, saying that the bilateral exercise took place yesterday between the French Navy and the Cyprus Air Force.