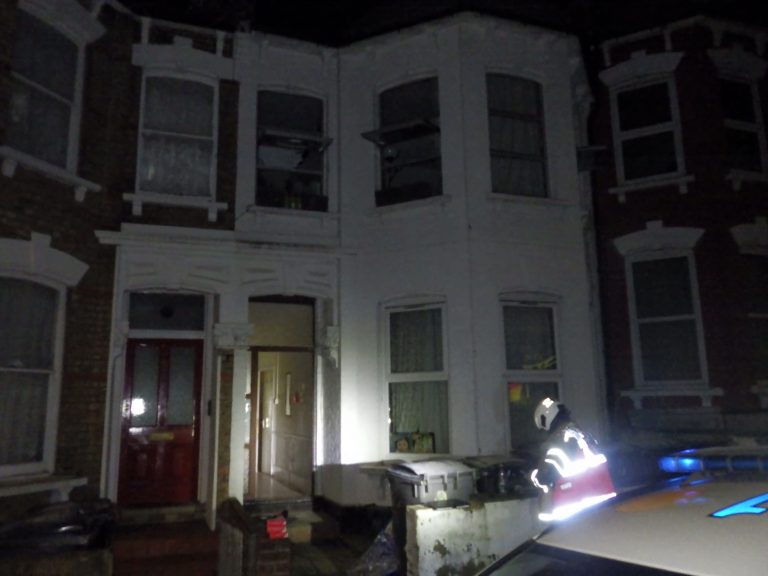 Four fire engines and around 25 firefighters tackled a fire at a house converted into flats on Duckett Road in Hornsey.

A three-roomed flat on the second floor of a terraced house was completely destroyed by fire.

A woman was rescued by firefighters wearing breathing apparatus and taken to hospital by London Ambulance Service crews.

The Brigade was called at 0154 and the fire was under control by 0322. Crews from Hornsey, Holloway and Stoke Newington fire stations attended the scene.