We will continue to work towards Cyprus solution, UK Foreign Secretary says 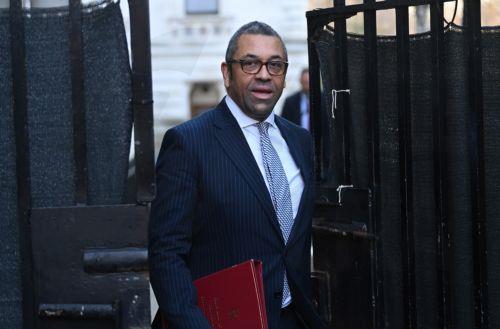 UK Foreign Secretary James Cleverly has said that his government will continue to work towards a solution of the Cyprus problem, expressing the hope that the issue is resolved soon.

Cleverly was addressing a traditional event to welcome the new year organised by the Conservative Friends of Cyprus in the Houses of Parliament in Westminster, on Monday evening, in the presence of a number of Conservative MPs.

Addressing the guests Cleverly thanked the Cypriots for their “huge and enduring contribution” to the British society and added: “I also want to reaffirm our understandable desire to get a resolution to this very long standing issue, because this is a friction which I think nobody should want to see continue.”

“And we will continue to work to bring a lasting, peaceful resolution to this and I sincerely hope that can be something that can be achieved while I am in post,” he noted.

He pointed out that by this he means he wants the issue resolved “sooner rather than later” and not to necessarily see his time in post massively extended.

On behalf of the Conservative Friends of Cyprus, its Executive Chairman Jason Charalambous asked the Foreign Secretary for “clarity of message” that the UK supports the reunification of Cyprus.

The organisation’s President and north London MP Theresa Villiers, said it is important that pro-Cypriot MPs “are pledged to campaign for a free and united Cyprus”.

The Cypriot High Commissioner to the UK Andreas Kakouris commented that “peace is not the absence of war; it is the presence of human rights, democracy and the rule of law, and in my country that is missing because of the continued Turkish occupation.”

Archbishop of Thyateira and Great Britain Nikitas, reminded everyone of their obligation to work against every form of injustice and promote truth and justice.

The event was also attended by the Greek Ambassador to the UK Ioannis Raptakis.