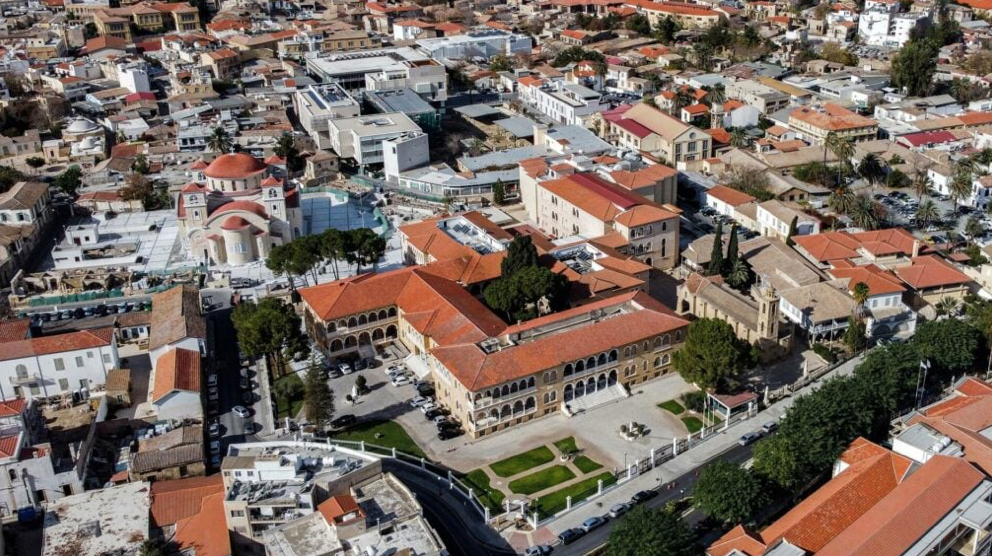 When the Greek-Orthodox Church of Cyprus enthroned its new leader this month, one bishop stayed away in silent protest over a dispute sparked by the Ukraine war.

Neophytos of Morphou – on the Moscow side of a church schism between Russia and Ukraine – said he preferred to pray alone in his “humble cell” during Archbishop Georgios’s glittering anointment ceremony.

The bishop, known to be outspoken on a range of controversial issues, charged that in war-torn Ukraine, Orthodox bishops seen as pro-Russian were now being “threatened and persecuted” by forces aligned with President Volodymyr Zelensky.

His stance, shared by several other Cypriot bishops, puts him at odds with Georgios, 73, the winner in the contest to succeed Chrysostomos II, who died of cancer at 81 in November.

The rift highlights the Ukraine war’s broader impact on the small Mediterranean island-nation, an EU member-state that has long-standing cultural, religious and business ties with Russia.

Cyprus is home to a large diaspora from Russia, a major source of investment and tourism in years past. The seaside city of Limassol is sometimes dubbed “Moscow on the Med”.

Public opinion in Cyprus is more pro-Russian than in almost any other EU member country, according to the European Parliament’s Eurobarometer survey in December.

However, Cyprus last year also joined the rest of the bloc in levelling tough sanctions against Russia and stopping direct flights, while also taking in many Ukrainian refugees.

“The election of the new archbishop is important for Cyprus because the Orthodox church is a powerful influence in society,” said theologian Theodoros Kyriakou.

The church holds major sway in the Republic of Cyprus, which controls the southern two thirds of the island, with the rest a Turkish-occupied breakaway statelet since a war in 1974.

The founding father and first president of Cyprus, a former British colony, was Archbishop Makarios III, whose statue can be found in every village, town and city.

The church retains a strong conservative influence on social and political life and is a major economic player, with vast land holdings and stakes in beverage, banking and other sectors.

Cyprus’s top political and military leaders flocked to the January 8 enthronement of Georgios in a gleaming new cathedral that opened last year in the capital Nicosia.

But, in a stark change from the past, Russian Patriarch Kirill, a strong supporter of President Vladimir Putin, sent no official representative.

Relations have been frosty since the Cyprus church in 2020 sided with the new Orthodox Church of Ukraine, which was recognised by the global church leader, Ecumenical Patriarch Bartholomew.

“There is a big schism in the Orthodox faith,” said Kyriakou. “Cyprus and Greece have recognised Ukraine, but others loyal to Moscow haven’t, like Georgia and Romania.

“It’s very difficult and not easily mended… The Ukraine war has shown there needs to be reconciliation, but I’m not confident the split can be mended.”

The Ukraine conflict provoked both soul-searching and discord within the Cypriot senior clergy.

The issue coloured the contest to succeed Chrysostomos II.

Limassol Bishop Athanasios, viewed as a sympathiser of the Russian Church, won the December 18 popular vote.

But he was outmanoeuvred at the 16-member Holy Synod, which had the final word in appointing the archbishop.

Georgios backed his predecessor over Ukraine and underscored the authority of Bartholomew, but has said he wants to restore harmony in the Orthodox family.

Former member of the European Parliament Andreas Pitsillides, also a theologian, told Politis radio that “the late archbishop built a team of clergymen in the Holy Synod that saw eye to eye with his stance on several matters, including the Ukrainian question.

“The tendencies within the Holy Synod that solidified a few years back still exist.”

Achilleas Demetriades, a lawyer and independent candidate in a Cyprus presidential election next month, said the religious and political tensions with Russia could have a major impact on the island.

He pointed out that Russia, as a veto-wielding permanent member of the UN Security Council, could block the renewal of the UN peacekeeping force which patrols the Green Line that divides the island.

“Russia is a big issue for Cyprus, especially applying EU sanctions, as it affects business,” he told AFP.

Russian investment, he said, now appears to be flowing into the breakaway north, which is recognised only by Turkey – a country that has failed to join the Western camp against Russia.

“It appears Russians are illegally buying up property in the north, as Turkey has failed to impose sanctions,” he said. “That’s a real issue.”