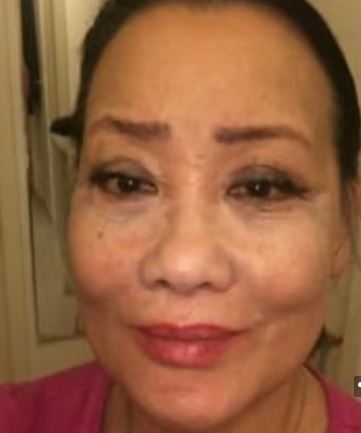 Two men have been found unanimously guilty of killing a 71-year-old woman after a painstaking investigation by Met detectives into her disappearance and murder.
Mohamed El Abboud, 28 (27.10.94) of Gallants Farm Road, Barnet, and Kusai Al-Jundi, 25 (10.01.98) of Wood End Road, Harrow were convicted at the Old Bailey on Thursday, 19 January after officers untangled their lies and found irrefutable evidence linking them to the murder of Louise Kam.
They had plotted to steal her life savings and property.
Detective Chief Inspector Brian Howie, from Specialist Crime, who led the investigation, said: “This was a despicable, calculated and callous crime of greed carried out by two young men against an elderly lady.
“Over a number of months, Al-Jundi attempted to plunder her life savings and take ownership of her properties. El-Abboud assisted his friend in bringing the plot to a fatal conclusion; Louise was strangled and her body dumped unceremoniously in a rubbish bin.
“Heartless attempts were then made to deceive her family and friends as to her whereabouts.
“As a result of a painstaking investigation, my team discovered evidence that conclusively linked both defendants to the murder of Louise.
“My thoughts and sympathies remain with the family and friends of Louise who, despite this verdict, may never get over the tragic circumstances surrounding her death.”
Catherine Gould, prosecutor with the Crown Prosecution Service, said: “This horrific crime is a tale of greed taken to extremes. Al-Jundi and El-Abboud selfishly and brutally ended Louise Kam’s life for their own ends.
“These defendants hatched a plan to kill Louise and profit from her death.
“Al-Jundi sent false text messages purporting to be from Louise to her family and friends claiming that she had left the country and even had the audacity to claim that she had defrauded him at a time when he knew full well that she had been killed.
“El-Abboud confessed to a friend that he had killed Louise but denied this at trial. We are grateful that the jury saw through his lies. The police worked quickly to establish that Louise had come to harm and to secure the evidence to present a strong and compelling case to put before the jury.
“Our thoughts remain with Louise’s family and friends and we sincerely hope that these guilty verdicts will bring them some comfort.”
Louise, from Potters Bar, Hertfordshire, was last seen by a family member near the Spires Shopping Centre in Barnet on 26 July 2021.
She was reported missing to police the following day and an investigation was launched to find her.
Louise’s black BMW was recovered by police on 28 July in Edgware. Her body was discovered on 1 August 2021 in a wheelie bin in Wood End Road, Harrow.
Mohammed El-Abboud, a delivery driver, had been arrested on 28 July with Kusai Al-Jundi, a chef at a kebab restaurant, arrested the following day.
Officers established that over a period of some months, Kusai Al-Jundi had planned to deceive Louise into signing over two properties that she owned, one in Gallant’s Farm Road, Barnet, and the other in High Road, Willesden, convincing her he was wealthy and had financial backers. Louise had seen this as an opportunity to sell the properties and as a fresh start for her and her family.
They met her at the Gallant’s Farm Road address to finalise arrangements on 26 July and she was killed there at some point that day.
The following day, Al-Jundi began to use Louise’s mobile phone to send messages to her friends and family pretending that she was alive and well, and that she had gone on holiday. But those who knew her best realised that this was a lie and that the messages they were being sent could not have been written by her.
Later that day, El-Abboud sold Ms Kam’s BMW to an unsuspecting buyer. He bought new clothes with the proceeds and posted a TikTok video of him dancing and gyrating to music in the driveway of the Barnet home.
Ms Kam’s body was placed in a bin and on 28 July moved to Wood End Road in Harrow.
Working at pace, the police investigation linked the two men to the killing, establishing that the mobile phone messages had been sent using the wi-fi at Al-Jundi’s restaurant in Willesden and finding traces of both men’s DNA on a pair of gloves wrapped up with Louise’s body. They examined thousands of hours of CCTV to track the defendants’ movements and link them to Louise, and interviewed dozens of potential witnesses.
El-Abboud’s DNA was found on a hair dryer – the electrical flex had been removed and used to strangle Louise. Her blood and fibres from her clothes were found on a jumper he was wearing.
Sentencing will take place on Wednesday, 1 February.
+ Fraud is a serious crime that can have a lasting impact. If you are being asked to hand over money, property or possessions be cautious. Always make your friends or family aware, be aware of warning signs, take proper independent legal advice and if you have suspicions report them to the police. There is more information, including how to report matters on our website