Tottenham have backtracked on their decision to ban Cypriot flag 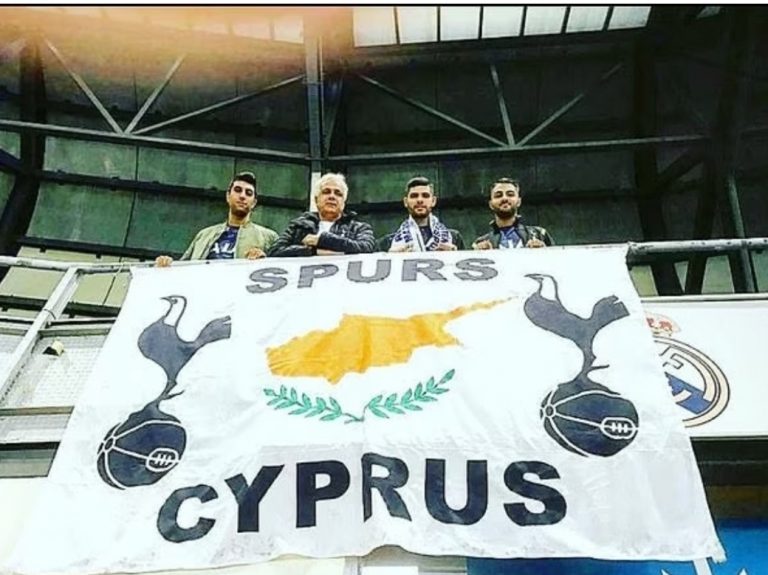 Tottenham have backtracked on their decision to ban an iconic flag from their stadium just 64 minutes after fans went public on the controversial move.

On Friday, furious Spurs supporters took to Twitter to reveal that the Premier League club had told them that their ‘Spurs Cyprus’ flag was banned from being displayed in the Tottenham Hotspur Stadium as it was ‘political’.

Spurs have informed us that we are no longer allowed to bring the Spurs Cyprus Flag into the stadium anymore and that it is permanently banned from being brought inside,’ the statement read.Athos, Alex and Chris Kyriacou – who have taken the flag to various grounds across England and Europe – accused the football club of ‘discrimination’ and insisted that the flag had no political connotations.

The reason they gave us, is that the flag is “a political” flag and political flags are not permitted inside the stadium.

‘This reason is complete and utter nonsense. The Cyprus flag is 100% NOT a political flag. We have had this flag up for 15+ years… and not had a single problem. Now all of a sudden it’s “a political” flag and is no longer allowed inside.

However, just over an hour after the statement was posted online, the group confirmed that the ban had been overturned ‘after successfully communicating with THST and the supporters liaison officer’.

The fan group has also deleted their original tweet.

The supporters had launched a petition to ‘Get the Spurs Cyprus Flag back at Tottenham’, which garnered 463 signatures prior to the U-turn.