Third seed Stefanos Tsitsipas kept his unbeaten streak this year intact Friday with another romp at the Australian Open to set up a round of 16 clash with dangerous Italian Jannik Sinner. 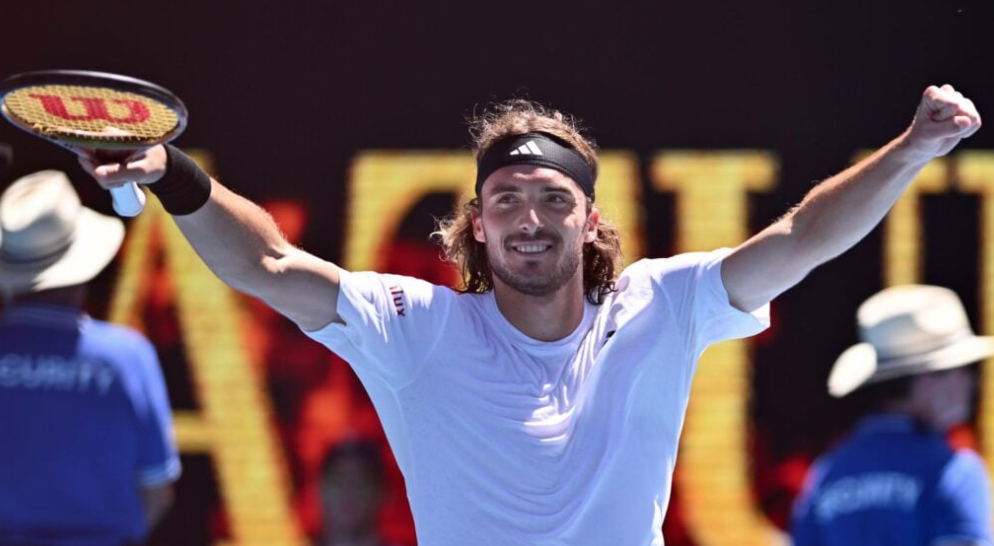 Third seed Stefanos Tsitsipas kept his unbeaten streak this year intact Friday with another romp at the Australian Open to set up a round of 16 clash with dangerous Italian Jannik Sinner.

With defending champion Rafael Nadal and world number three Casper Ruud both out, Tsitsipas, who won all four games at the United Cup leading into the Grand Slam, is the highest seed left on the men’s side.

It will be a rematch of their Melbourne Park quarter-final last year, which Tsitsipas won in straight sets.

“It was good mixing up today, my slice, opening up the court. I think my placement on the serve was exceptional,” said Tsitsipas.

“I didn’t have a lot of rallies on my serve today, which helped, and I just kept things clean. I enjoyed finding my way through today, it wasn’t easy at times.”

Like Tsitsipas, 63rd-ranked Griekspoor also came into the match unbeaten, on a six-match streak after collecting a maiden Tour-level title in Pune, India.

But he was no match for the surging Greek, a three-time semi-finalist at Melbourne Park who is pursuing a first Grand Slam title.

The 24-year-old was in charge in the first set, breaking twice, dominating from the baseline and the net to sweep through in just 28 minutes.

But the Dutchman put up stiffer resistance in the second, earning a set point at 6-5 which Tsitsipas saved to take it to a tiebreak where he kept his cool to prevail.

Griekspoor’s resolve melted and Tsitsipas broke for a 3-1 lead in the third set before racing home.

Sinner, a six-time champion on the ATP Tour, kept his hopes alive with a sensational comeback against Fucsovics, who lost all confidence as the match progressed.

“The first two sets were very tough for me,” said Sinner, who enjoyed straight sets wins in his opening two matches.

“Obviously, I had to change something in my game. I was feeling the ball well but the final shots I was missing. I did a lot of work physically in the off season and today I was physically good in the last sets.”