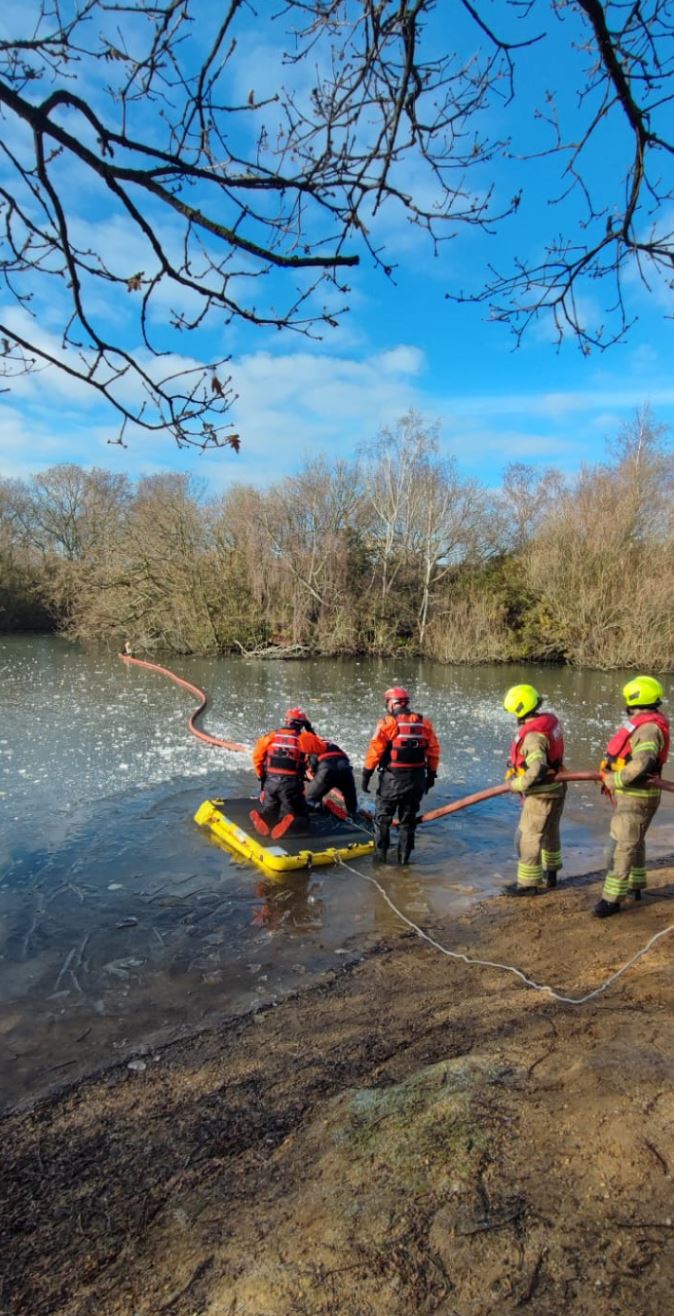 Firefighters have issued a warning for Londoners to stay off frozen ponds or lakes after rescuing a teenager and a dog from an icy pond on Whipps Cross Road in Leytonstone.

They were trapped quite a way from the shore in a pond that had frozen over, and firefighters used water rescue equipment to bring them to safety.

A London Fire Brigade spokesperson said: “Walking out on to frozen ponds or lakes is extremely dangerous. Never assume that the ice is thick enough to support you. It may look sturdy enough to stand on, but it often isn’t and can be of variable thickness especially as you move away from the edge where the ice is often thinner.

“If you fall into icy water, the risk of hypothermia is very high and can prove fatal.

“We see a number of people who put themselves in danger by attempting to rescue pets that have become stranded or trapped, and then they also need to be rescued by the brigade. Dog owners should keep them on a lead and keep a close eye on them.

“Firefighters are trained and have specialist equipment to rescue those who do get stuck on, or in, an icy lake or pond, so if you see a person or an animal in difficulty don’t put yourself at risk by going in after them. Call 999, keep your eye on them and stay off the ice.”

The Brigade was called at 1126 and the incident was over for firefighters by 1217. Three fire engines and two fire rescue units from Leytonstone, Leyton, Walthamstow, Bethnal Green and Euston fire stations attended the scene.