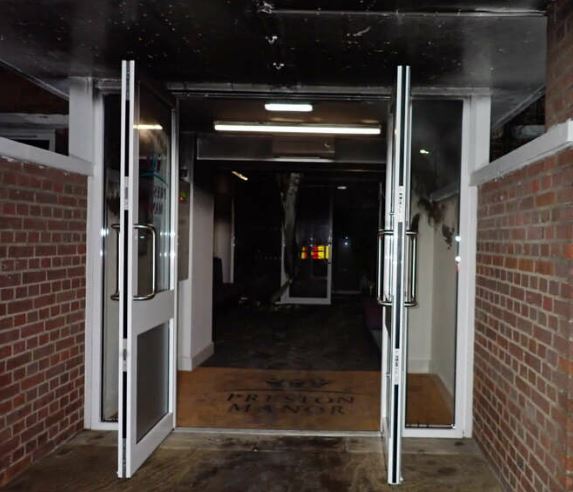 Four fire engines and around 25 firefighters tackled a fire at a school on Carlton Avenue East in Wembley.

Most of a lobby and reception area was damaged by fire. Around 20 people left the school building before firefighters arrived. There were no reports of any injuries.

One of the Brigade’s 32-metre turntable ladders was used at the scene as a water tower.

The Brigade was called at 2004 and the fire was under control by 2125. Crews from Wembley, Willesden and Stanmore fire stations attended the scene.

The fire is believed to have been accidental.