Rising cost of living, poverty and migration the top concerns among Cypriots 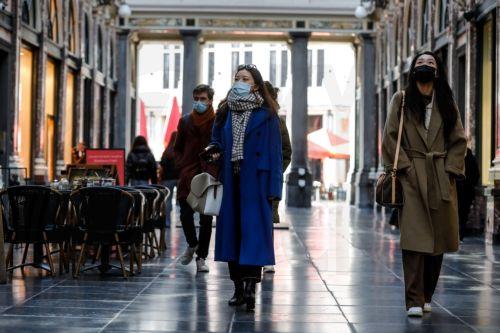 The rising cost of living, the threat of poverty and social exclusion, and the migration issue are Cypriots’ greatest concerns according to the European Parliament’s Autumn 2022 Eurobarometer Survey released on Thursday.

According to the findings, the rising cost of living is currently the most pressing concern for 93% of Europeans, while poverty and social exclusion follow (82%). Both the potential spread of the war in Ukraine to other countries and the climate change emergency remain leading worries for 81% of EU citizens.

As regards Cyprus, 99% of respondents said that their most pressing worry was the rising cost of living, followed by the threat of poverty and social exclusion (94%). For Cypriots, the migration issue is also a concern with 93% saying they were concerned about it, compared with 70% of the EU average.

The third most common concern among the EU is climate change but also the spread of the war in Ukraine to other countries, with 81%. In Cyprus this concern was expressed by 89% and 81% of respondents respectively.

A press release by the European Parliament notes that “citizens expect the EU to continue working on solutions to mitigate the compounding effects of the consecutive crises that have hit the continent”. High support for the EU is based on the experience of past years, with the EU demonstrating a remarkable capacity to unite and to deploy effective measures, it is added.

“For now, citizens are not satisfied by the actions taken either at national or at EU level. Only a third of Europeans express satisfaction with measures taken by their national governments or the EU to tackle the rising cost of living”, it notes.

It is noted that, recent crises and particularly Russia’s war against Ukraine, are strengthening citizens’ support for the European Union: 62% see EU membership as a “good thing” which “represents one of the highest results on record since 2007”. The percentage of respondents in Cyprus reaches 52%.

Citizens, it adds, expect the EU to continue working on solutions to mitigate the compounding effects of the consecutive crises that have hit the continent. For now, it said, “citizens are not satisfied by the actions taken either at national or at EU level”, adding that, only a third of Europeans express satisfaction with measures taken by their national governments or the EU to tackle the rising cost of living.

Looking at the financial situation of citizens, the survey shows that the fallout from the polycrisis is being felt increasingly. Almost half of the EU population (46%) say that their standard of living has already been reduced due to the consequences of the COVID-19 pandemic, the consequences of Russia’s war of aggression on Ukraine and the cost-of-living crisis. In Cyprus, this percentage reaches 70%.

A further 39% (18% for Cyprus), have not yet seen their standard of living decline, but expect this to happen in the next year. An increase of nine points, from 30% to 39%, at EU level since autumn 2021, has been recorded as regards the proportion of citizens experiencing difficulties paying bills “most of the time” or “sometimes”. In Cyprus there was an increase of eight points, with this percentage reaching 59%.

“People are understandably worried about the rising cost of living, as more and more families are struggling to make ends meet. Now is the time for us to deliver; to bring our bills under control, push back inflation and to make our economies grow. We must protect the most vulnerable in our societies”, said European Parliament President Roberta Metsola, according to the press release.

It is also reported that 53% of Cypriots chose as their first priority public health, second the support of the economy and the creation of new jobs (44%) and third the issue of fighting poverty and social exclusion (41%). European citizens as a whole want the European Parliament to focus on fighting poverty and social exclusion (37%). Public health remains important to many European citizens (34%), as does continued action against climate change (31%). Supporting the economy and creating new jobs (31%) is also high on the list of European citizens.