President Anastasiades thanks China for its principled stance on Cyprus 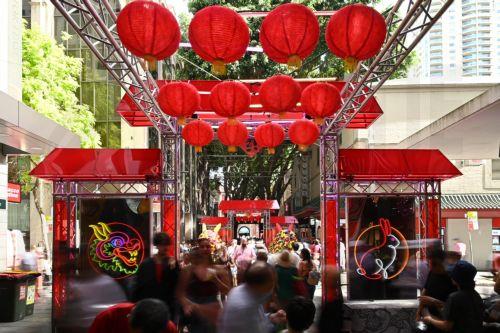 President of Cyprus Nicos Anastasiades has pledged the country’s firm commitment to the One China Policy and said that Nicosia remains a staunch supporter of the integrity, unity and sovereignty of China, while thanking China for its unwavering support and principled stance with regard to the Cyprus issue.

He made the remark in a letter this week to President Xi Jinping and Chinese people on the occasion of the Chinese New Year.

In his message, President Anastasiades said he joined celebrations “on the joyous occasion of the Chinese Lunar New Year, the Year of the Rabbit, a symbol of good fortune, great ambition, bright future, wealth and prosperity” and wholeheartedly extended to Xi “and the friendly people of China, our most sincere and warmest wishes for a happy, prosperous and healthy New Year.”

He said among the most ancient civilizations of the world, “Cyprus and China share a strong and deep-rooted friendship that is time-tested and which is founded on a common adherence to international law and world peace.”

During his ten-year tenure as President of the Republic of Cyprus, he went on, he was particularly pleased to attest that – despite the geographical distance and notable difference in size between our two countries – “we have managed to embark into a new era of partnership with substantial geopolitical meaning.”

Furthermore, in the framework of the European Union, Cyprus, he added, “always emphasizes the need for engagement and cooperation with China in addressing global and regional challenges. Cyprus will also continue to advocate working with Beijing in many different areas, such as trade and investment, sustainable development, food security, climate change and environmental protection, education, and so on.”

President Anastasiades further said that “Cyprus and China adhere to the values and principles of the United Nations and international law, both aspiring to safeguarding peace, security and stability in our respective regions and the world at large.”

He also extended “our deepest appreciation for your country’s unwavering support and principled stance with regard to the Cyprus issue, taking also into account China’s important role as a Permanent Member of the UN Security Council, in reaching a lasting and viable solution.”

In the same vein, the President added, “I also wish to reiterate that Cyprus remains firmly committed to the One China Policy and a staunch supporter of the integrity, unity and sovereignty of China.”