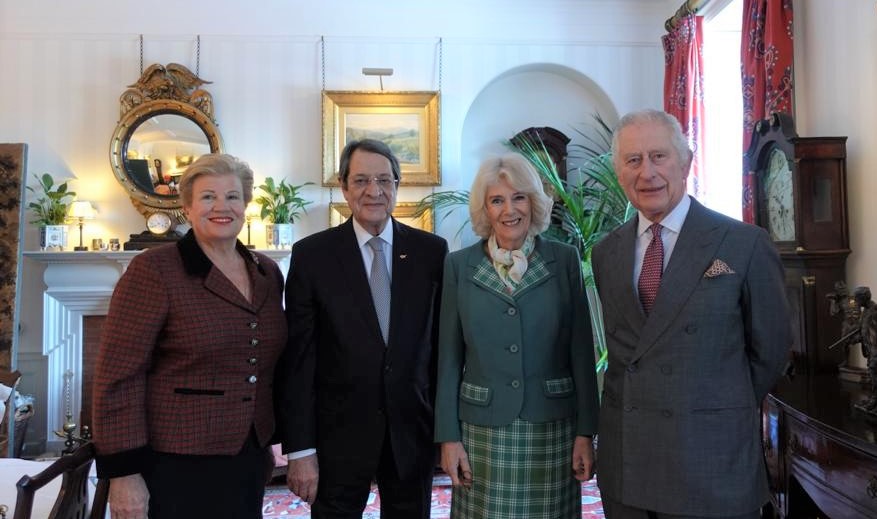 The Cyprus problem, bilateral ties and matters to do with the Commonwealth agenda were discussed among others at a meeting Cyprus President Nicos Anasasiades had on Monday with King Charles III, in Scotland.

Following the British monarch’s invitation, the meeting was held in his private residence of Birkhall, on the royal Balmoral estate.

A written statement by Government Spokesman Marios Pelekanos described the atmosphere of the meeting as “friendly”.

President Anastasiades took the opportunity to update His Majesty on the latest developments regarding the Cyprus issue.

The talks also focused on the bilateral relations between Cyprus and the UK, which have been significantly strengthened during Anastasiades’ ten-year tenure at the highest office of the Republic.

During this period the two countries have signed important bilateral agreements, most notably the Memorandum for Strategic Partnership and the Memorandum for the non-military development of land within the British sovereign base areas in Cyprus, to the benefit of the local population, the Government Spokesperson said.

Talks also included matters concerning the Commonwealth, as well as the climate change and its implications. In this regard, the President and HM The King discussed Anastasiades’ initiative for actions aiming to tackle the effect of climate change in the Middle East and the Eastern Mediterranean.