Ali Emir’s Under 9 Girls played their best of the season far. The girls played with enthusiasm from the start and they definitely benefitted by a good warm-up as this was first time the whole squad was present before kick off. Every girl put in a great shift, kept chasing and working hard. Positives to note were that the girls are getting used to playing in different position with a full squad rotation and they all the girls their jobs with enjoyment. Such was the positivity that after the match Ali said: “Today was probably my favourite day as a new coach so far.”
Despite many matches having to be called off, there were still some matches that went ahead for teams from community grassroots club Omonia Youth FC who are sponsored by Diamond Corp. Ltd.
Chris Gregoriou’s Men’s team who are sponsored by Crown Mobile Tyres and CMB Partners were much better this week, despite many changes to the team, against a divisional rival in the quarter final of the Cup but their profligacy in front of goal cost them dear. They were winning 2-1 with seconds to go before their opponents scored to take the tie to penalties. The Men’s Team lost the shoot-out 5-4. It was a shame as there was plenty of good football played by the Men’s Team who created enough clear-cut chances to win two matches let alone one. Goals were scored by Donaldo Ndoj and debutant Callum Tasconi-Mcinanny.
David Poncia and Savvas Zavros’ Under 18 Gold played out an eight-goal thriller which finished 4-4. The match was two teams playing two very different ways which effectively cancelled each other out. The Under 18 Gold found themselves 3-1 down at half time after a very even first half and it is credit to the Under 18 Gold that they battled back, stayed true to their footballing style to forge ahead 4-3 only to conceded very late on. Goals were scored by Vlad (2), Nathan and Danny. Jono was named Man of the Match.
Jason Plysi and Tony Stylianides’ Under 12 White Lions Girls battled hard, played extremely well but unfortunately lost 1-0. As coach Jason said: “…today was simply just one of those days.” The girls did everything they could, but just couldn’t score. The majority of the match was played in the opposition half and when they did lose possession the defenders recovered the ball very quickly to set up a another attack. The Omonia Youth goalkeeper wasn’t really troubled, but when the moment did arrive, she made a couple of great saves. The girls passing accuracy and off the ball movement does need improving, but what impressed most is the unity and togetherness of the team with the girls’ communication and understanding of one another so much better. The girls were asked at full time how they felt and they were extremely disappointed but they were rightly praised for their performance. Player of the Match was awarded to Gracie who put on a captain’s performance. She read the game well, anticipated and scanned the field for passes. 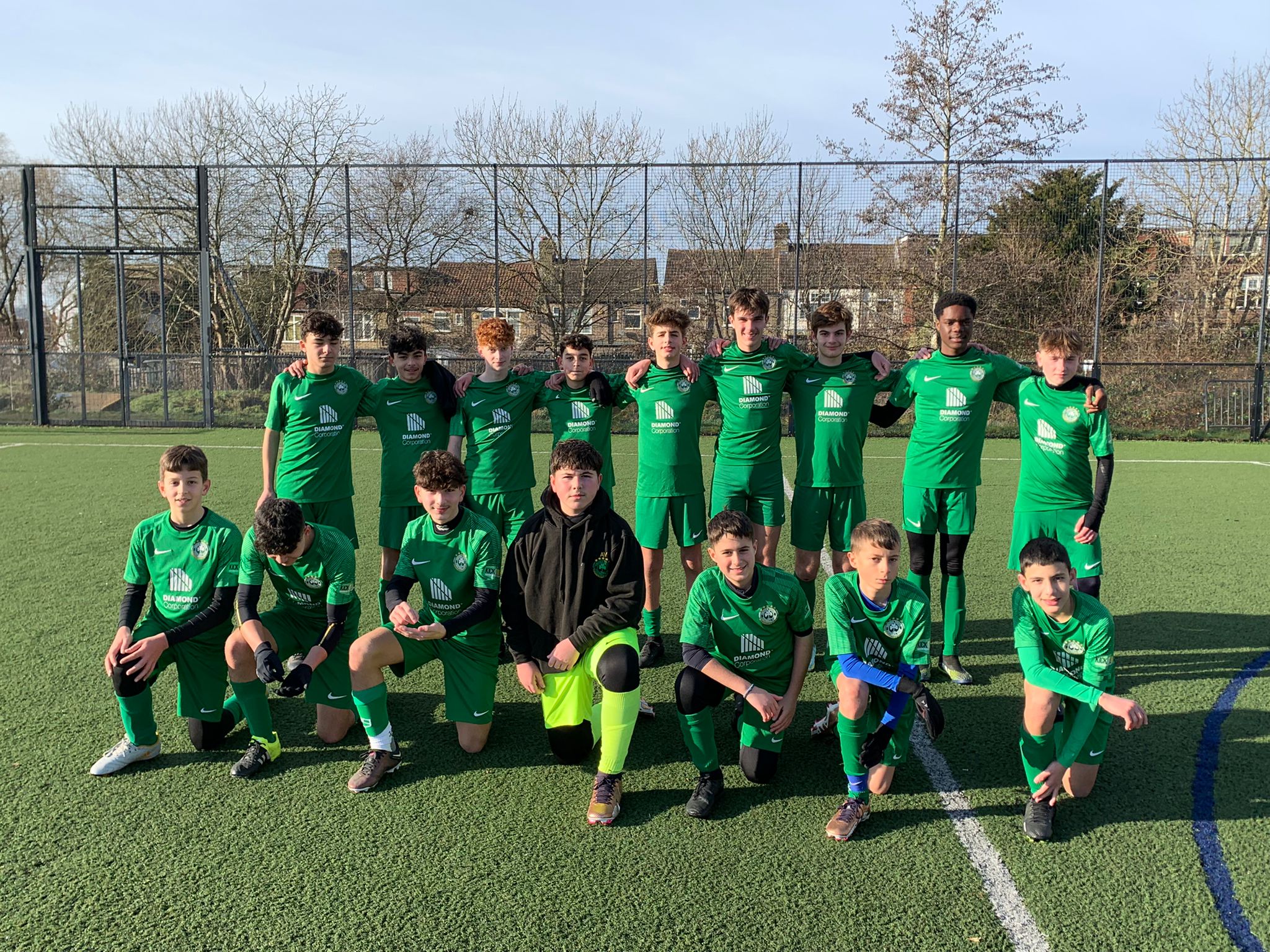 Kyri Eleftheriou and Myri Demetriou’s Under 14 White won 4-0 but it was a score-line which didn’t how tough the game was, played in very tricky conditions. The boys made very hard work against a team they beat convincingly earlier in the season; maybe they thought they could just turn up and get a result but they soon found out they couldn’t. There was no rhythm to the game with passing not to the usual standards and it was no surprise the match was scoreless at the half time interval. There was an improvement in the second half with the team’s high press yielding a reward with Alex scoring from a rebound. This spurred the boys on and with gaps appearing the goals also flowed. Quick feet and a smashing shot from the edge of box by Nicholas made it two, then a volleyed effort from Andre made it three. The fourth finally came from a neat through ball, with Theo finishing clinically. It was convincing in the end, but boys can do, and must do much better than that if they are to have lofty ambitions this season. Man of the Match was awarded to Theo who showed good energy on the ball, composed passing, pressed more decisively, and made good runs which was finally rewarded with a great goal.

Sophia Karanicholas’ Under 12 Girls were involved in a 4-4 draw. Overall there were plenty of positives to take from the game. Despite not being one of stronger performances, there were many takeaways and learning points that will help the girls improve as a team. The main thing is the girls had a lot of fun and there were smiles throughout. They have also grown in great confidence in terms of dribbling with the ball and taking on players, which is great to see and the match include a top goal from Melina from a free kick from behind the half way line. Melina scored two more to make it a hat-trick with Esme getting the other one. Player of the Match was awarded to Faith who was very composed on the ball at the back and confidently took on players even from the back.
Should you feel enthused and want to know more about Omonia Youth FC, you can contact the club at [email protected], via the contact page on the club’s website www.omoniayouthfc.com as well as following the club on twitter @OmoniaYouthFC and Instagram @omoniayouthfc1994.