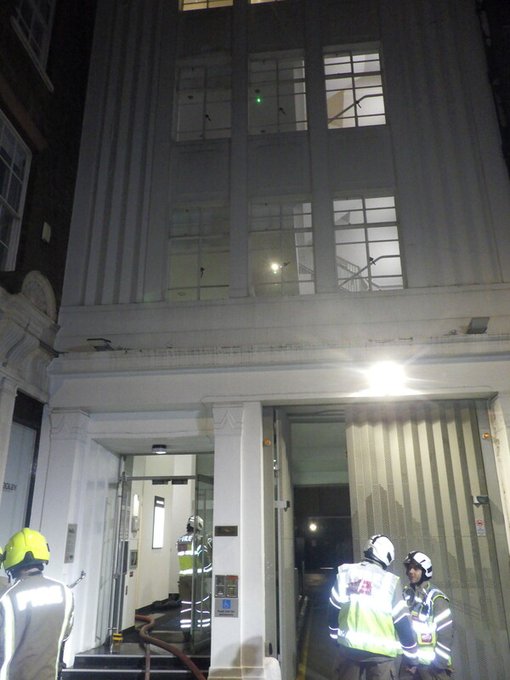 Four fire engines and around 25 firefighters tackled a fire at an office on Soho Square in Soho.

A small part of the basement was damaged by fire. There were no reports of any injuries.

The Brigade was called at 1812 and the fire was under control by 1939. Firefighters from Soho, Dowgate, and Lambeth fire stations attended the scene.