It is our duty to continue effort to ascertain fate of missing persons in Cyprus, Presidential Commissioner says 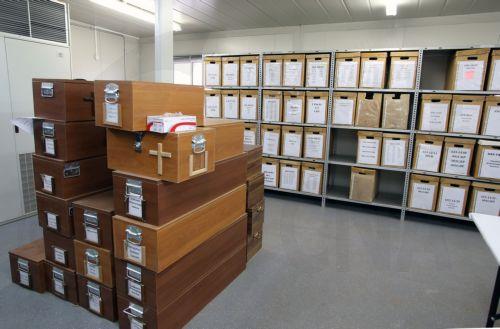 The missing persons issue and the fight which their relatives are giving to ascertain their fate is part of our history and will not be erased, pledged Presidential Commissioner for Humanitarian Affairs and Overseas Cypriots, Photis Photiou.

He was speaking during an event on Sunday where a municipal park in Strovolos was renamed after Ioannis Lazaros Skalistis, a soldier who died during the 1974 Turkish invasion.

Photiou said that “our duty towards the relatives who passed away is to do whatever is possible to complete our mission.”

Despite the problems and obstacles, he said, we cannot give in to Turkey’s tactics. Photiou said the Turkish aggressiveness and intransigence are escalating on a daily basis and we are witnessing Turkey’s revisionist policy and unlawful actions and threats on a daily basis.

However, he said “we will not give in to the occupation force’s threats”. Instead we are continuing to fight to reverse the occupation and reunite our country”.

Cyprus has been divided since 1974, when Turkish troops invaded and occupied 37% of its territory. Since then, the fate of hundreds of people remains unknown.

A Committee on Missing Persons has been established, upon agreement between the leaders of the two communities, with the scope of exhuming, identifying and returning to their relatives the remains of 492 Turkish Cypriots and 1,510 Greek Cypriots, who went missing during the inter-communal fighting of 1963-1964 and in 1974.