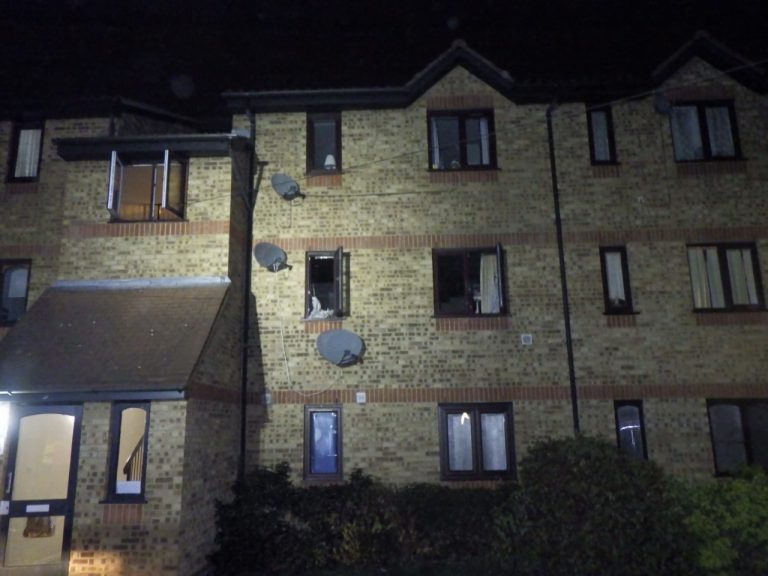 Four fire engines and around 25 firefighters tackled a flat fire on Celadon Close in Brimsdown.

Part of a five-roomed flat on the first floor of a residential block was damaged by fire. There were no reports of injuries.

The fire is believed to have been accidental and caused by a fault in an electrical hoverboard.

A London Fire Brigade spokesperson said: “Always follow manufacturers’ instructions when charging items, like hoverboards, and we would advise not to leave it unattended or while people are asleep.

“Batteries are susceptible to failure if incorrect chargers are used, so it’s important to always use the correct charger for the product and buy an official one from a reputable seller.

“Batteries can also pose a risk if they have been damaged, so try to ensure they are not getting knocked around while in use as this can increase the chance of damage to cells. You should also not expose them to extremes of temperature.”

The Brigade was called at 1639 and the fire was under control by 1737. Fire crews from Enfield, Edmonton and Chingford fire stations attended the scene.