Cyprus is the coordinator for EU electronic medical record 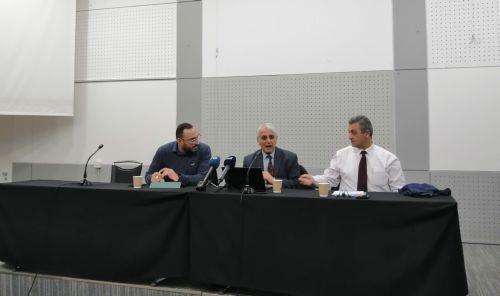 Cyprus, through the National eHealth Authority (NEHA), is taking on a coordinating role for defining an electronic health record at European Union level, a project that the Authority describes as “very important”, since it will enable patients to provide access to their medical data to any healthcare provider they want, in any EU country they are located.

Chairman of the NEHA, Christos Schizas, noted that, Cyprus, is the only EU country to have introduced the patient summary universally, after a decree was issued recently that defines the minimum content of health data that must be kept by healthcare providers, throughout the country, regardless if they are in the public or private sector. He noted that, the patient summary is also valid in the rest of Europe, but Cyprus is the first to have applied it universally, for all providers.

He also said that the legislation of Cyprus “is pioneering” as it is based on the “patient-centered approach” to health data issues.

This philosophy has recently been adopted by the European Commission, while a regulation that defines approximately the same philosophy, throughout the European area, known as the European Health Data Space, is now being discussed, Schizas added.

He said that, in essence, this is the definition of the electronic health record, “and for this reason we have undertaken the coordination of a project, to define the specifications, the content of the health record, its interoperability, and how it is transferred from one country to another, and follows the citizen, wherever they are in case they need medical care”.

Member of the Board of Directors of the Authority, doctor Marios Karaiskakis, referred to the vision and plan of the Authority, which is, as he said, the creation and operation of a single electronic patient file, “which will be accessible 24 hours a day, 365 days a year”, from wherever needed, from Cyprus or abroad, within or outside the national health system GeSY, in the private or public sector and will contain all the necessary medical information of the patient.

He said they are currently processing the content of the electronic file which will include, apart from the patient summary, an extensive set of data which concerns all fields that must include what is necessary for each specialty separately. This will take between 18 to 24 months, he noted.

Dr. Karaiskakis noted that all these data “should be the pillar” of the connection of health data of Cypriot citizens with the single European Data Space.

“It is a huge project, which we as Cyprus have undertaken to coordinate at the European level, and this is very important,” he added.

With the completion of the project, he said, it is expected that the EU will adopt the extensive set of data, with a regulation as was done in the case of the patient summary.