As long as Turkey continues threats to Greece and Cyprus we will not approve sale of F-16s, US Senator says 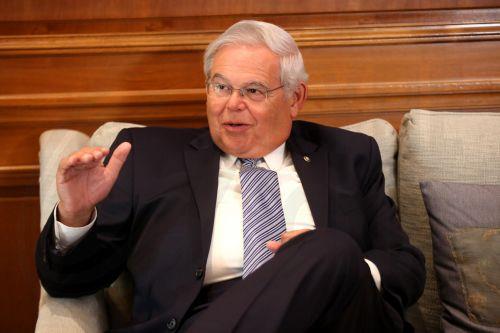 As long as Turkey continues threats to Greece and Cyprus we will not approve sale of F-16s, US Senator says
Photograph: ΟΡΕΣΤΗΣ ΠΑΝΑΓΙΩΤΟΥ
The sale of F-16s to Turkey could only take place if Ankara abandons its aggressive stance towards Greece and Cyprus as well as other actions in the Eastern Mediterranean that are contrary to our national interests and national security, US Senator and chairman of the Senate Foreign Affairs Committee Bob Menendez has said.

In an interview to Mega tv channel in Greece, Menendez said that “what we have seen is a Turkey that is threatening another NATO member country, the Hellenic Republic, and threatening it without justification, without cause,” reiterating his position that he will not move to approve the sale of F-16s to Turkey.

Menendez said that in his mind “it would be problematic to sell military hardware when Turkey takes such actions and when it clearly manifests over and over again some of its intentions.”

At the same time, he assessed that the sale of the F-16s can only be done “if and only if we can have Turkey abandon its belligerent position both to the Hellenic Republic, to Cyprus as well as to other actions in the Eastern Mediterranean which are adverse to our national interests and our national security.”

Referring to the State Department’s approach to call on both Greece and Turkey to tame their words or to find a peaceful way to resolve their differences, the US Senator said that “this is not acceptable when it is one side and only one side that is belligerent.”

One Response to As long as Turkey continues threats to Greece and Cyprus we will not approve sale of F-16s, US Senator says