We expect from Turkey to respond with the same good will to efforts for a Cyprus settlement, Commissioner Photiou says 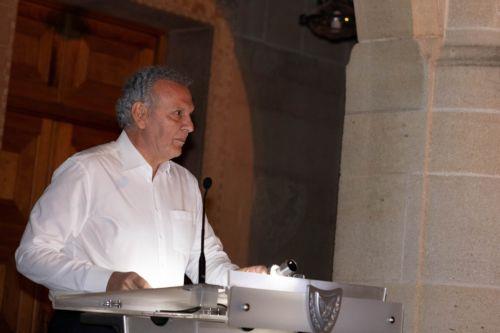 We expect from Turkey to respond with the same good will to efforts for a Cyprus settlement and from the international community to act towards Turkey, expressing the same positions as in the case of the Russian invasion of Ukraine asking for the immediate withdrawal of its troops from the territories it occupies, Presidential Commissioner, Photis Photiou has said.

Speaking on Sunday at the Holy Trinity and St Luke church in Bermingham, Photiou said that unfortunately we are faced with the revisionism and extreme behaviour of the Turkish leadership, which, by blatantly violating the international law, questions Greece’s sovereign rights and launches threats with regard to the Aegean.

Moreover he said that Turkey acts against other states of the broader region, as Libya, Syria, Iraq and Armenia, while on the Cyprus problem it supports positions which are contrary to the context of the UN decisions and resolutions, showing that its real aim is to legalize the fait accompli of the invasion and to exert control on the whole island.

Photiou assured that “we are ready to proceed to the negotiating table aiming to a settlement abiding by the UN decisions and the UNSG’s good offices mission that will reunited the country and put an end to the Turkish occupation and secure the rights and freedoms of all Cypriots, excluding any foreign dependencies and guarantees.”

Referring to the Cypriots living abroad he commended them for their progress and for their contribution to the cause of Cyprus.