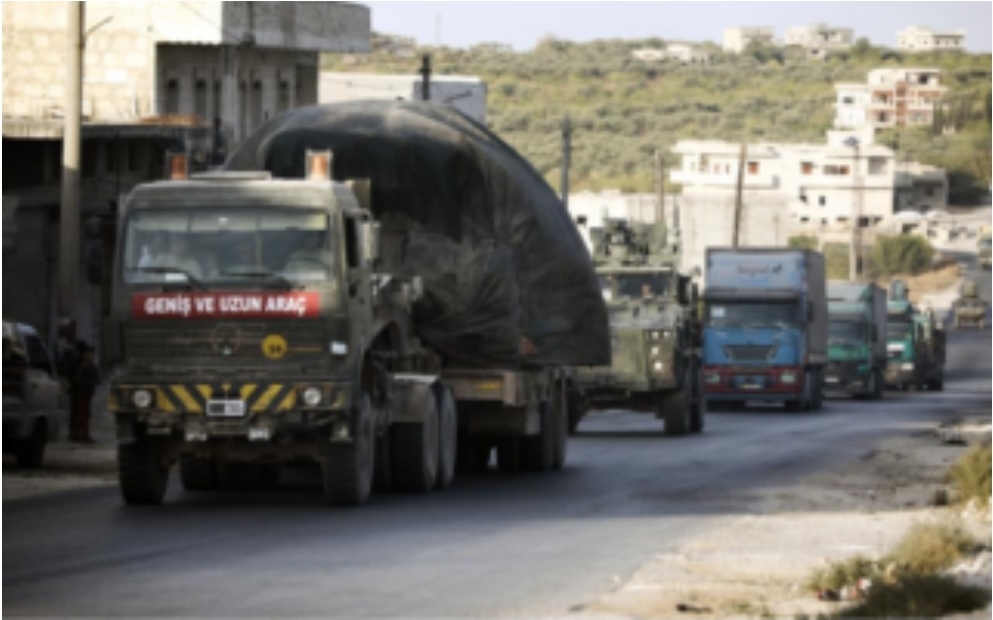 The airstrikes occurred a week after a bomb rocked a bustling avenue in the heart of Istanbul, killing six people and wounding over 80 others. Turkish authorities blamed the attack on the outlawed Kurdistan Workers’ Party, or PKK, as well as Syrian Kurdish groups affiliated with it. The Kurdish militants groups have, however, denied involvement.

Ankara and Washington both consider the PKK a terror group, but disagree on the status of the Syrian Kurdish groups, which have been allied with the U.S. in the fight against the Islamic State group in Syria.

Following the strikes, the Turkish ministry of defense posted a photo of a fighter plane with the phrase, “The treacherous attacks of the scoundrels are being held to account.”

The airstrikes targeted Kobani, a strategic town near the Turkish border that Ankara had previously attempted to overtake in its plans to establish a “safe zone” along northern Syria. SDF spokesperson Farhad Shami in a tweet added that two villages heavily populated with displaced people were under Turkish bombardment. He said the strikes had resulted in “deaths and injuries.”

The Britain-based Syrian Observatory for Human Rights, an opposition war monitor, reported that the strikes had also hit Syrian army positions and that at least 12 had been killed, including both SDF and Syrian army soldiers.

The observatory said about 25 air strikes were carried out by Turkish warplanes on sites in the countryside of Aleppo, Raqqa and Hasakah.

In neighboring Iraq, the U.S. Consulate General in Erbil said it is monitoring “credible open-source reports” of potential Turkish military action in northern Syria and northern Iraq in the coming days.

The Kurdish-led authority in northeast Syria said Saturday that if Turkey attacks, then fighters in the area would have “the right to resist and defend our areas in a major way that will take the region into a long war.”

Turkey has launched three major cross-border operations into Syria since 2016 and already controls some territories in the north.