Motor repair workshop was destroyed by fire in Tottenham 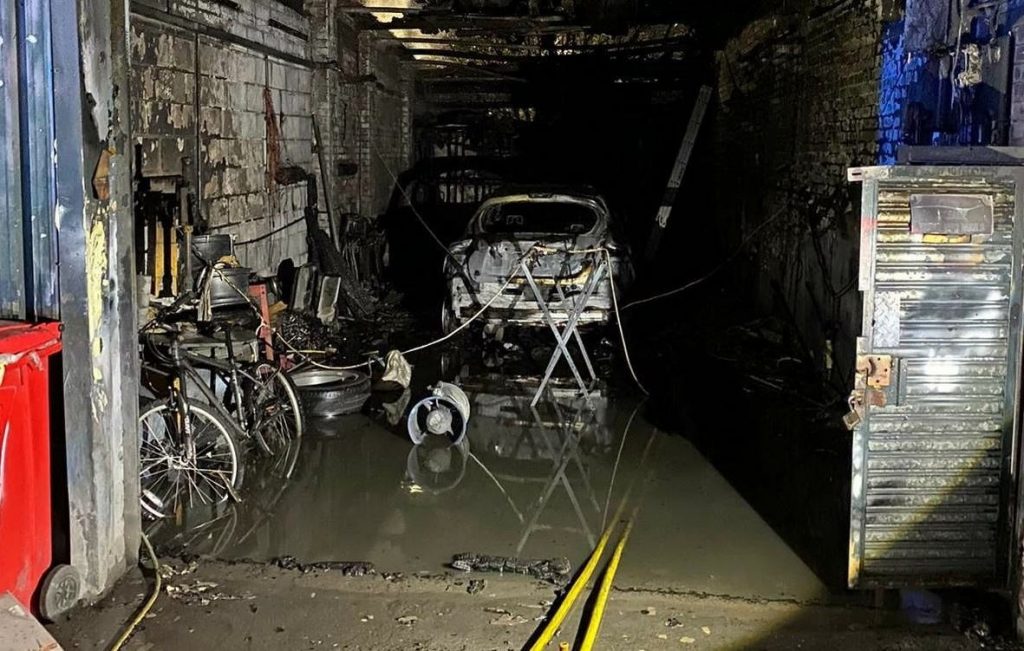 Ten fire engines and around 70 firefighters tackled a fire at an industrial estate on Willoughby Lane in Tottenham.

A unit used as a motor repair workshop was destroyed by fire. Two men left the building before the Brigade arrived. There were no reports of any injuries.

A gas cylinder inside the workshop was removed and cooled to an ambient temperature as some cylinders can explode when exposed to heat.

The Brigade was called at 1944 and the fire was under control by 2115. Firefighters from Tottenham, Edmonton, Walthamstow and surrounding fire stations attended the scene.