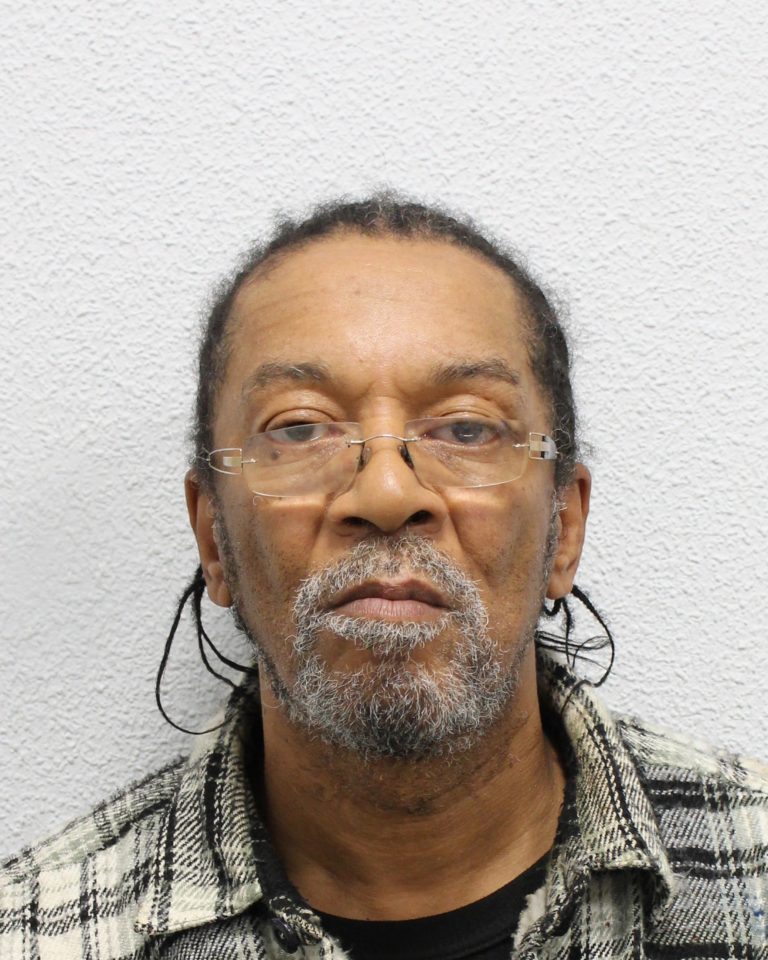 A man who killed two elderly siblings in their east London home nearly 30 years ago has been convicted after police identified his DNA on a binoculars strap used to tie up one of the victims.

Danville Neil was arrested in 2020 when officers reviewing the deaths of brother and sister Anne Castle and William Bryan in 1993 submitted the item for forensic testing. Thanks to advancements in forensic technology, scientists were able to establish that a DNA sample taken from beneath a knot in the strap – which was used to tie William’s hands – belonged to Neil.

Neil, 65 (15.9.57) of Sandrock Road SE13 was convicted at the Old Bailey of the murder of William and manslaughter of Anne following a two week trial. He will be sentenced at the same court on Friday, 25 November.

Detective Chief Inspector Joanna Yorke, of the Met’s Specialist Crime North Command, said: “We’ve never given up on this case. Thanks to the determination of my officers and efforts of forensic scientists we have been able to achieve justice for Anne and William, and their family who have waited 29 years for this day to come.

“Twenty nine years of not knowing how their loved ones died and who was responsible. That is a pain no one should have to endure and I just hope this result can bring them some small comfort and peace of mind. Their strength and composure throughout this trial is a testament to their values as a family, and I’m sure Anne and William would have been very proud.

“Conversely Neil is a callous and calculated individual, who has continued to deny any involvement in the incident despite the overwhelming forensic evidence against him. He entered the home of Anne and William that night intent on carrying out a burglary. The home they had shared for nearly 50 years. But it was not enough for him to just invade their home and steal from them. Instead he killed them during a violent and heartless attack. I am thankful that he is now out of harm’s way where he belongs.”

Anne’s daughters, Janice and Cynthia, said: “Our mother spent her whole life in east London where she raised her five children, who went on to give her 13 grandchildren and 15 great-grandchildren.

“She was the most wonderful loving and caring mother and grandmother who was thoughtful in every way. She always put everyone before herself and was a great pillar of the community – well loved and respected by all who knew her.

“When her brother Billy became ill after the war, our parents brought him to live with us and they both cared and looked after him with the greatest of attention. He remained living with Mum until that dreadful day. The fear they must have experienced will never leave us. Uncle Billy was a kind-hearted, thoughtful and generous uncle to all the family. Always happy and so grateful for how he had been looked after.”

Anne and William – known to family and friends as Annie and Billy – were killed in the Bethnal Green flat they shared at some point during the evening of Sunday, 22 August into Monday, 23 August 1993, during a burglary of their home.

During the incident the property was ransacked and items including jewellery were stolen.

Both victims were assaulted and William was also restrained; the tie from his own dressing gown was used to tie his feet up, and the strap from his binoculars – which were found nearby – acted as a bind for his hands.

Anne, 74, suffered a heart attack. Seventy-one-year-old William was smothered, causing him to go into cardiac arrest.

The siblings had lived at the flat on the Minerva estate in Bethnal Green for nearly 50 years after Anne bought it with her husband in 1943. Two years later William moved in and worked as a messenger in the City. Anne meanwhile worked as a cleaner at the Bethnal Green hospital and then in a local bakery. Her husband sadly passed away in 1987. They had five children and the family would often get together.

Just after 17.00hrs on Sunday, 22 August a friend of Anne’s called at the flat and the pair walked to their usual Sunday appointment at the Clarion Social Club. They stayed there for the evening, leaving together and parting ways outside Anne’s flat at around 20.50hrs. The friend recalled that William would usually prepare a coffee and sandwich for Anne’s return and when the bodies were found, next to Anne were a half drunk coffee and half eaten sandwich. Suggesting they may have been interrupted.

A neighbour recalled hearing a female screaming loudly at around 21.30hrs that night. Believing it was coming from outside he looked out of his window but saw nothing. A second neighbour reported that at 23.30hrs all of the lights in the flat were switched on and she could see movement in the lounge. A young boy also reported that he was awoken during that evening by someone shouting “Get out of here” a number of times. After noticing lights on and the balcony door open for a number of hours a neighbour knocked at the flat to no avail and so called the police. Officers attended on the evening of Monday, 23 August. They noticed via a small open window that a number of the kitchen cupboards were open. With the assistance of the fire brigade officers used a ladder to access the open balcony door and entered the property to discover the bodies of Anne and William.

Anne was slumped in an armchair and William was lying on the floor on his side with his hands and feet tied.

The officer noted that most of the cupboards and drawers in the lounge were open and items were strewn across the floor.

A hammer was found in the hallway, and a screwdriver on the lounge floor. A total of £4,665 was discovered in bundles hidden in various locations throughout the flat. It is believed that more cash had been in the flat and must have been stolen.

It was discovered that a number of rings were missing from the property, including two wedding bands and two diamond rings – which had been removed from Anne’s fingers. A portable CD and cassette player was also taken.

Post mortem examinations indicated that Anne had a number of bruises on her arms, some of which seemed to suggest that she had been restrained. It was concluded that she had suffered a heart attack due to the stress of the incident.

William had injuries consistent with blows to the head and restraint injuries. His cause of death was given as Asphyxia and a heart attack.

It is not known how the killer accessed the property, but officers believe it likely they knocked at the front door then either talked or forced their way inside.

Significant inquiries were carried out at the time in an attempt to identify the person responsible for the deaths, with the investigation team reliant on witness accounts, intelligence and examination of the scene – primarily the examination of finger and foot marks left by the suspect. Six years later the case was reviewed and whilst a partial DNA profile was obtained from the binoculars strap, no individual was identified.

Fast-forward twenty nine years and after receiving information pertinent to the case, officers re-submitted the strap for testing in an attempt to take advantage of advancements in forensics technology, which had developed significantly during the intervening years. During this process, DNA belonging to an unknown individual was found underneath the knot of the strap, meaning that person must have been responsible for tying billy’s hands together. When the DNA was submitted on the database it came up as a match to Neil.

The jury heard how just one year before the incident Neil had been released from prison after serving eight years for two south London burglaries in 1984. During both incidents female victims were assaulted in their own homes before items were stolen. Following his release from prison for these offences, Neil continued to commit burglaries and as a result his DNA profile was put on the database.

On 1 October 2020 officers carried out a search warrant at Neil’s Lewisham home. During the search Neil returned home and was arrested. When initially interviewed he denied all knowledge of the incident, claiming that he used to spend all his time in south London, was unable to work at the time due to a back injury and was not involved in any criminality back then – aside from “bartering, buying and selling” stolen goods and cannabis.

Neil – who was 35 when he killed William and Anne – has continued to deny any involvement in their deaths, but was unable to provide a plausible explanation as to how his DNA ended up on the strap used to bind William’s hands. Accepting that it was his DNA on the item and had come from primary contact, Neil concocted a story about selling various items at car boot sales around the time and suggested that William must have purchased the binoculars from him at one of these events. Thankfully the jury were able to see through this fabrication and convicted him. 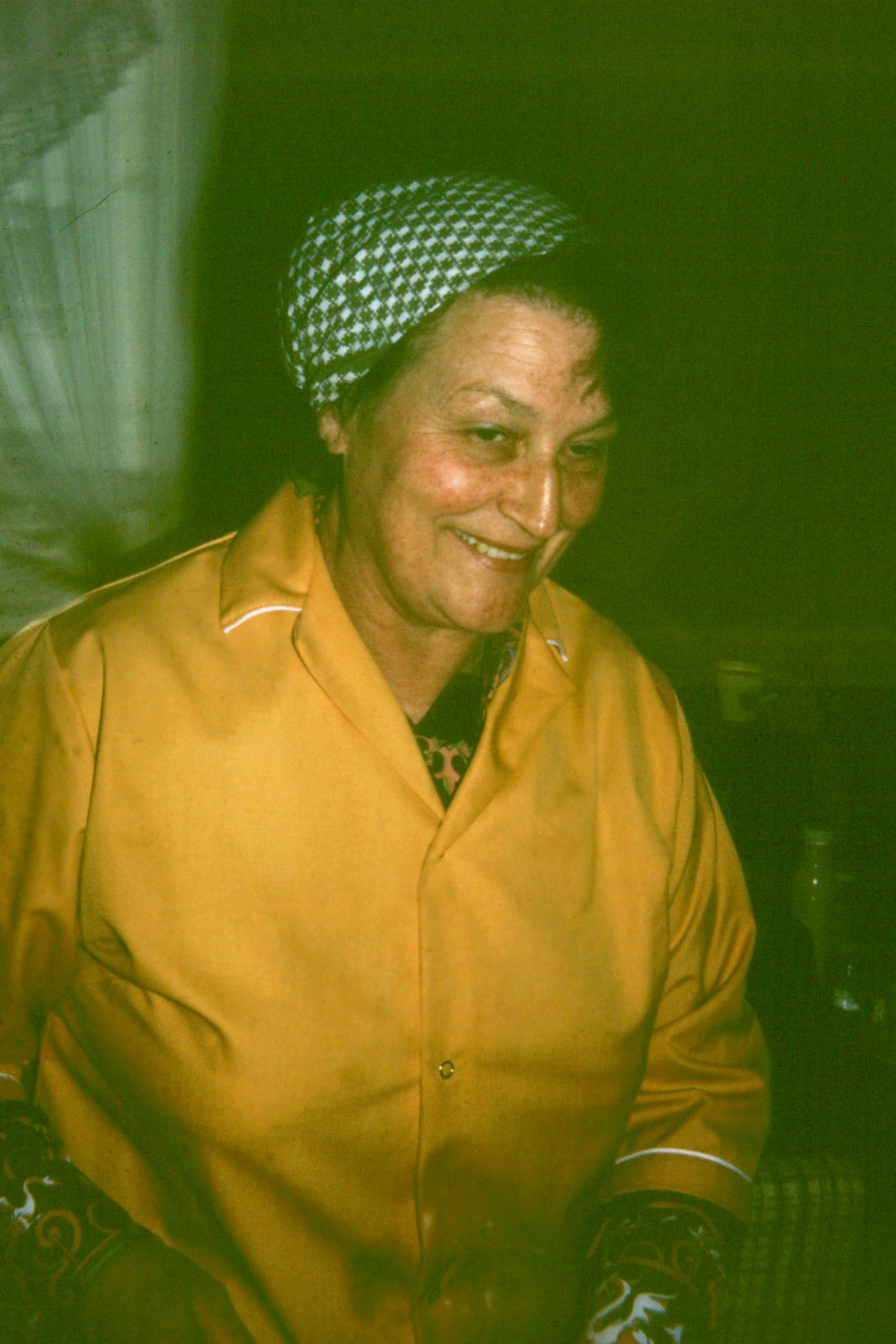 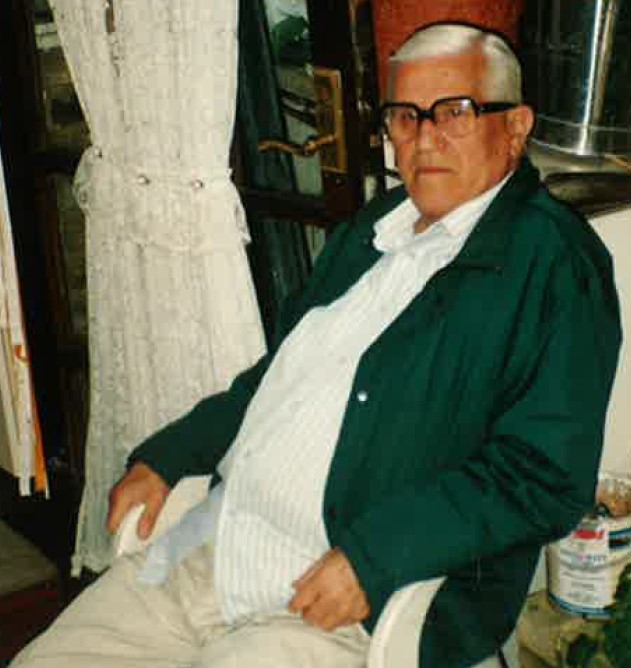 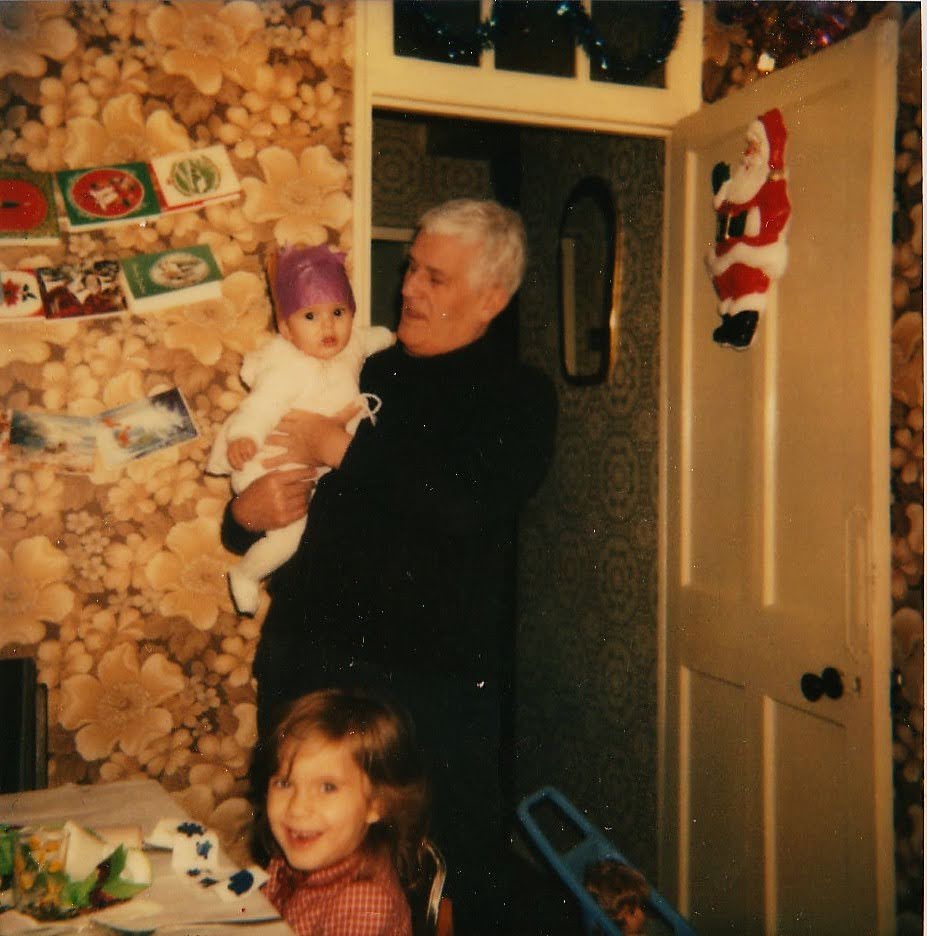 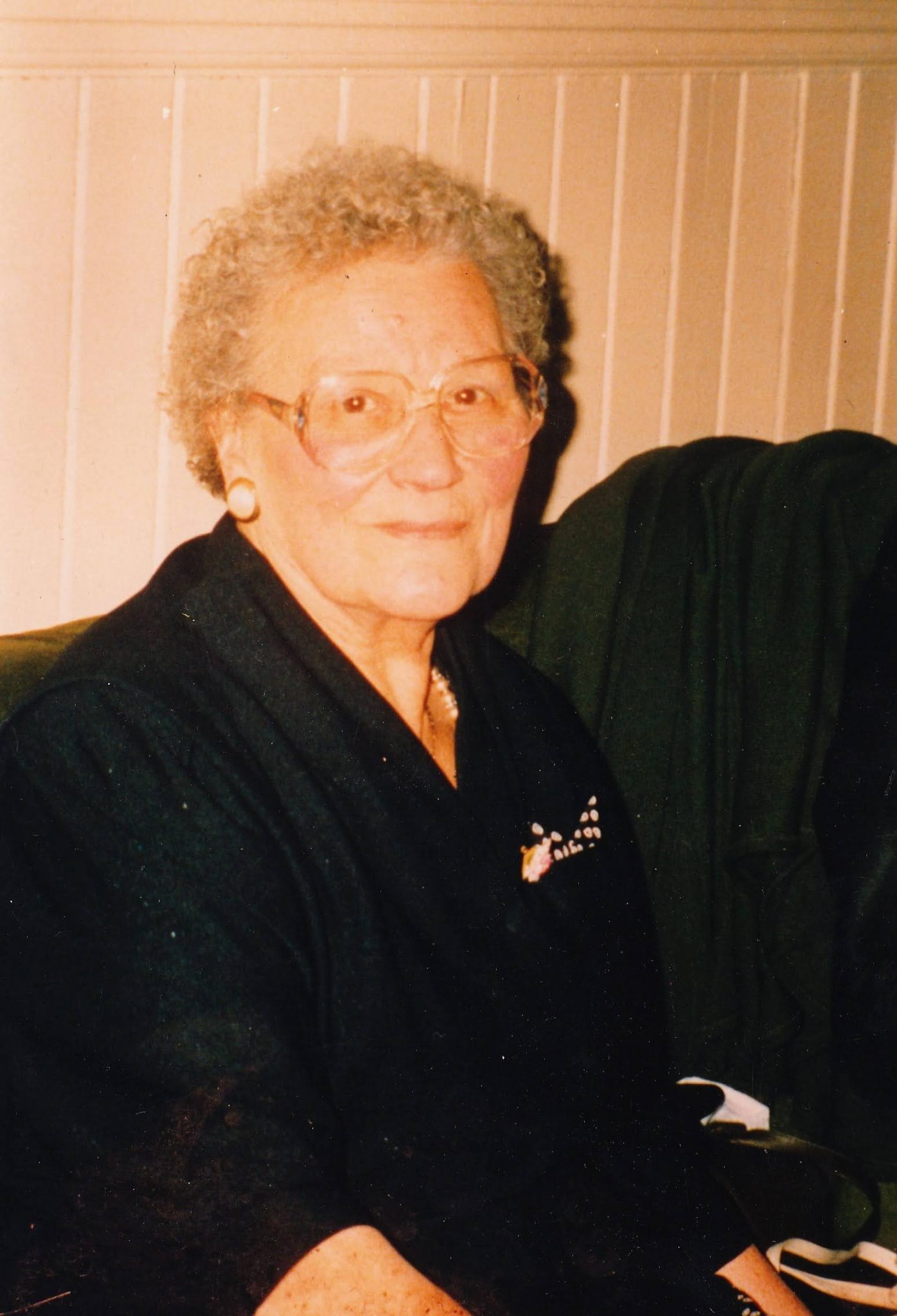 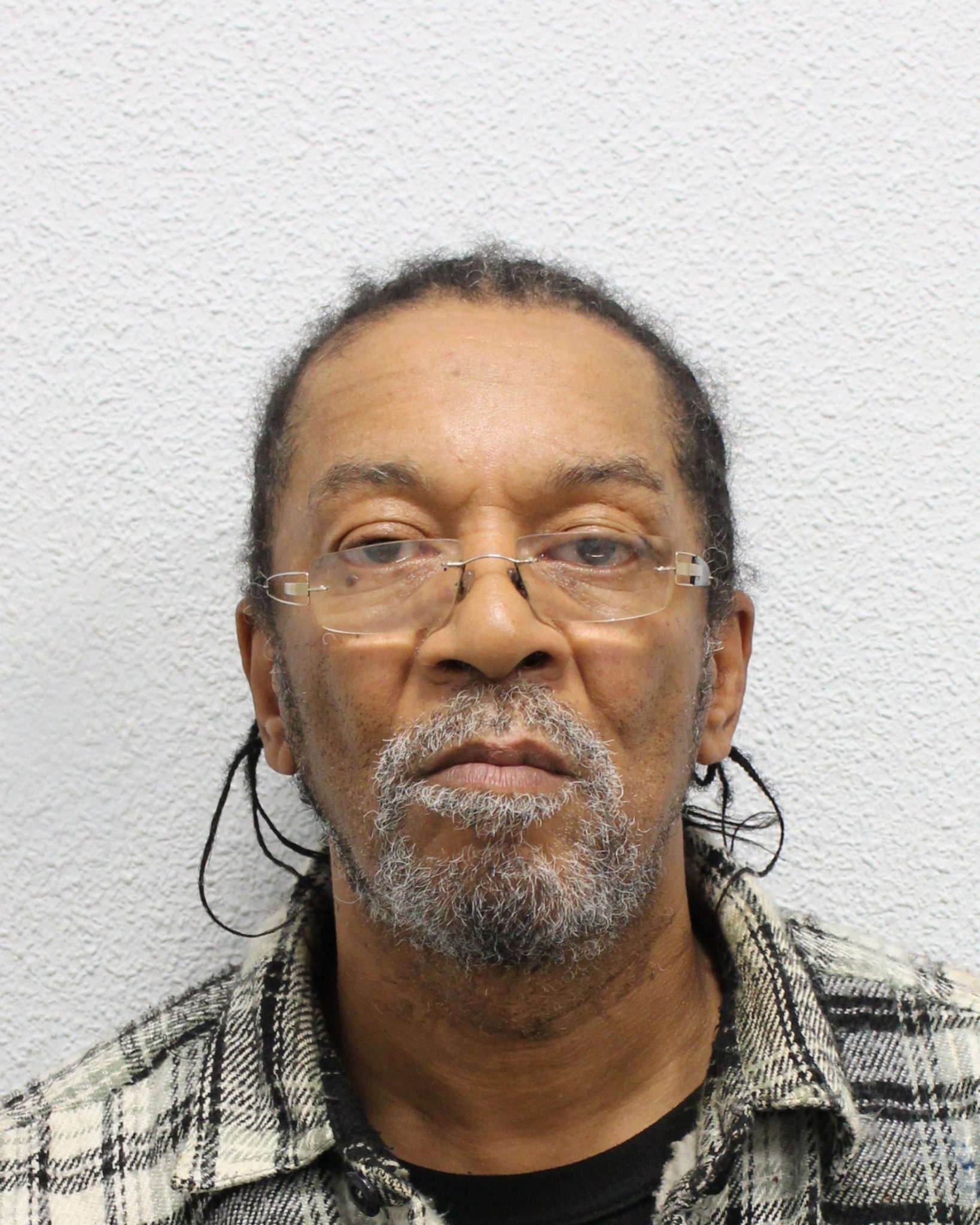