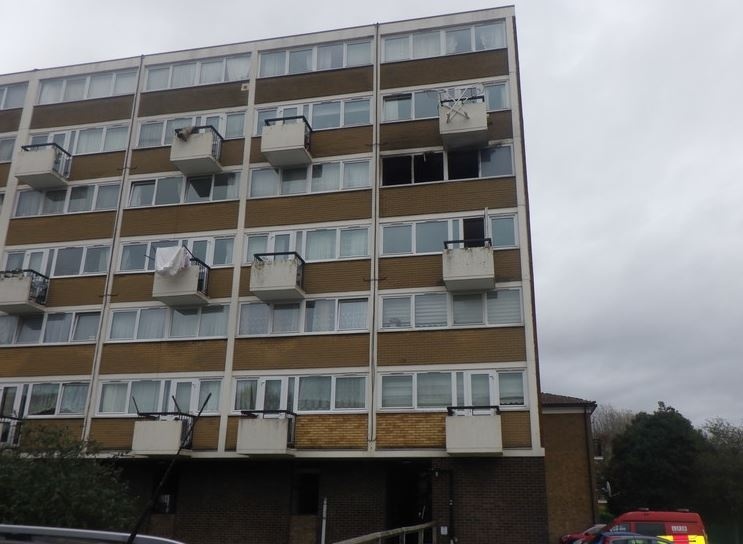 Four fire engines and around 25 firefighters tackled a maisonette fire on Boyton Road in Hornsey.

Half of the fourth floor of a split-level maisonette was damaged by fire. Crews also tackled a small fire on the third floor of the building. There were no reports of any injuries.

The Brigade was called at 0958 and the fire was under control by 1023. Fire crews from Hornsey, Holloway, Tottenham and Finchley fire stations attended the scene.