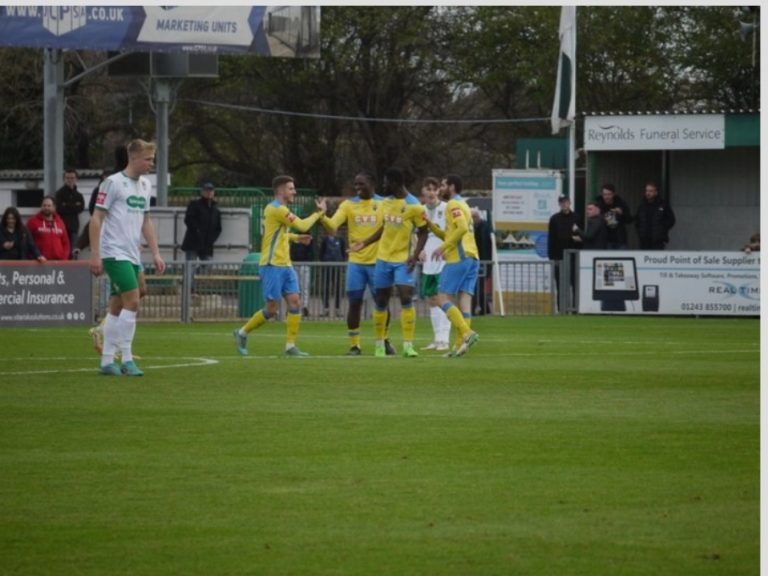 Borough got us underway and immediately launched the ball forward, which was the cue for the visiting fans to launch into song. They also hung up two flags, one, initially upside down, proclaiming that its owners were ‘Haringey Borough- Sussex Branch’- so at least someone had a short journey. Within two minutes the visitors were whipping in a free kick, the follow up shot needing to be cleared off the line- and within seven minutes they were ahead, a poor pass from a Rocks defender intercepted by Anthony Mendy, who charged forward and looked to have given himself too narrow an angle, but somehow found the net nonetheless. Haringey Borough helď out to win 1-0.