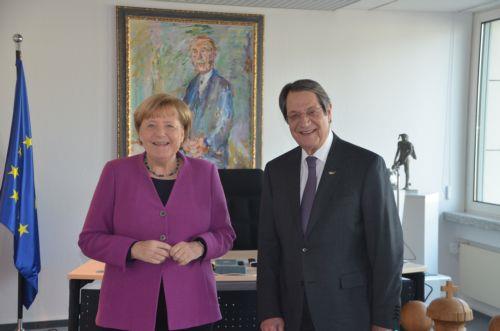 Cyprus President Nicos Anastasiades had a meeting on Thursday with former Chancellor of Germany Angela Merkel.

Anastasiades who visited Berlin for talks with Chancellor Olaf Scholz, met with Merkel in her private capacity. He posted on his twitter account that he had the distinct pleasure of meeting with former Chancellor Angela Merkel at her political office, with whom he worked together for many years during working sessions of the European Council.

“As always, even under her private capacity, we held a most captivating discussion”, he said.