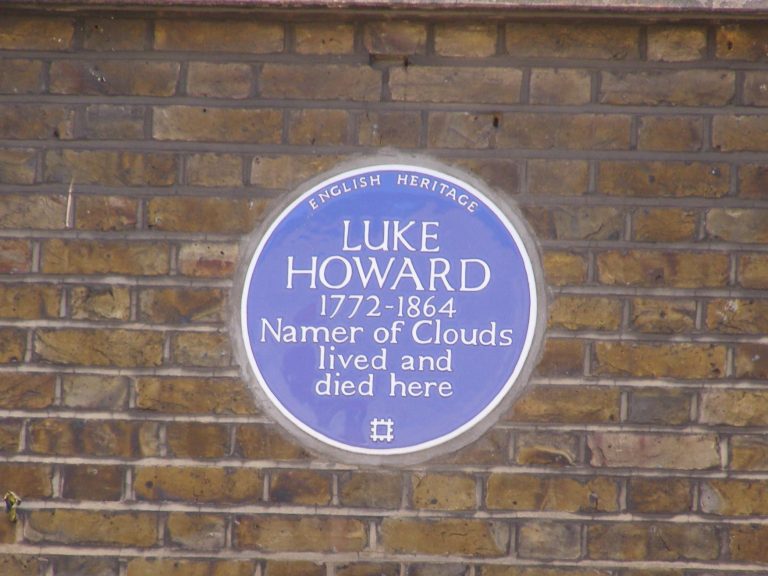 A series of events is taking place over this weekend and the coming weeks in celebration of the 250th anniversary of the birth of Luke Howard, the pioneering meteorologist and former Tottenham resident.

Often known as the “namer of clouds”, Howard developed the system for naming clouds that is still in use today and was also the first person to observe the urban heat island effect, whereby cities are significantly warmer than surrounding rural areas.

Activities this weekend include talks and activities in Lordship Recreation Ground, while the anniversary on Monday will see a munch & listen event at Bruce Castle Museum, as well as a celebration outside Howard’s former house on Bruce Grove.

A new exhibition exploring his legacy, “Every Cloud”, will be opening at Bruce Castle Museum on Thursday 1 December, while the anniversary is also being marked in Lordship Recreation Ground with the installation of a new cloud identification board and weather station.

Explore the full programme of events on the Tottenham Clouds website. 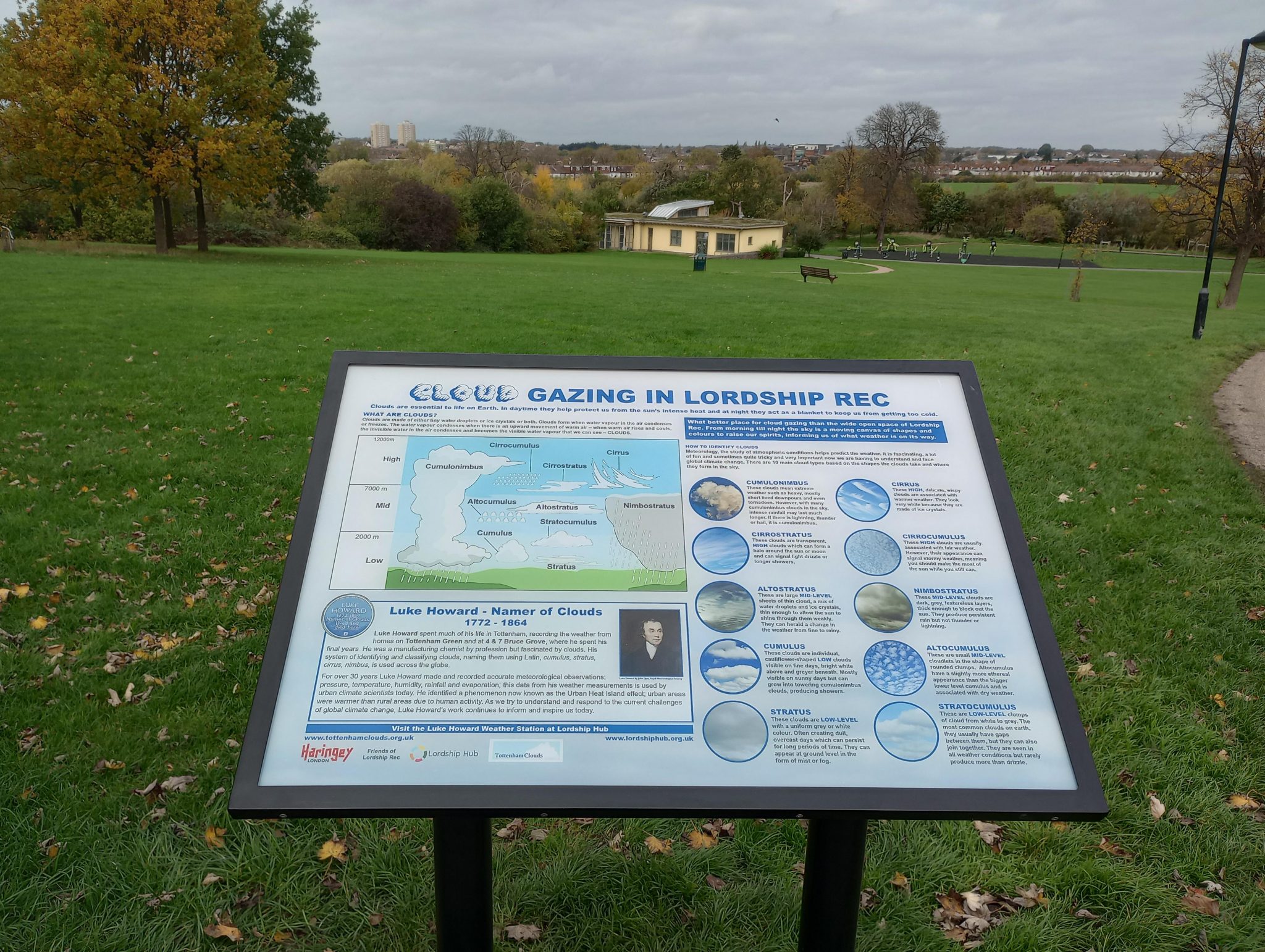