Bi-zonal, bi-communal Federation is the only viable option that liberates Cyprus from the Turkish occupation 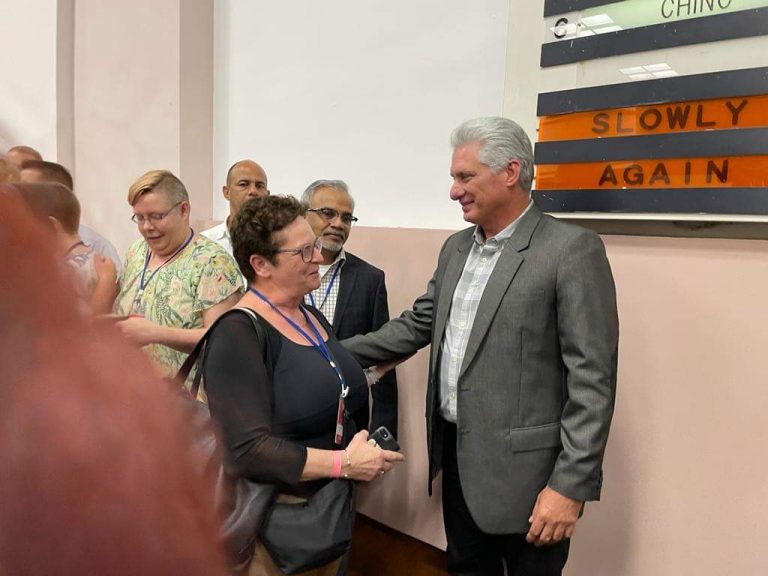 Bi-zonal, bi-communal Federation is the only viable option that liberates Cyprus from the Turkish occupation

Over 40 Communist and Worker’s parties from all continents signed the declaration of solidarity with the struggle of the Cypriot people for the liberation and reunification of its country, within the framework of the 22nd International Meeting of Communist and Worker’s Parties, held in Havana on 28-29 October 2022. AKEL, whose representative Vera Polycarpou, Head of the International Relations Bureau of the C.C. of AKEL, briefed the parties about the situation surrounding the Cyprus problem.

The statement of solidarity with the people of Cyprus is entitled “The peaceful reunification of Cyprus – a step towards limiting militarisation and imperialist attacks” reads as follows:

The Cyprus problem is the result of foreign interventions and imperialist aggression. For 48 years, Cyprus and its people -Greek Cypriots and Turkish Cypriots- have been experiencing the consequences of the 1974 coup d’état that was planned by CIA, NATO and the Greek junta, and the Turkish invasion and continuing Turkish occupation of 37% of its territory.

The status quo is nor static nor can it represent a solution; on the contrary, the status quo and the continuing stalemate serve Turkey’s long-term hegemonic objectives against Cyprus and the permanent division of Cyprus and its people.

Turkey’s illegal actions in the Exclusive Economic Zone of the Republic of Cyprus contrary to the Law of the Sea, and in Varosha, in violation of UN Security Council resolutions 550 and 789, along with the intensifying militarisation of the occupied areas by the further transfer of military equipment including combat drones, are causes of extreme concern for the present and the future of Cyprus.

The resumption of a substantive dialogue, from where it was left in July 2017, is a matter of urgency, in order to achieve a comprehensive solution on the agreed basis of a bizonal bicommunal federation with political equality, as this is prescribed by the relevant UN resolutions, with the withdrawal of all the Turkish occupation troops and termination of the Treaty of Guarantee. This constitutes the sole viable option for Cyprus to be freed of the illegal occupation by Turkey and for the country and its people to reunify.

The transformation of the political system into a federal one, is the only way to reunite Cyprus; we will never accept any ‘solution’ that may jeopardize the true independence of Cyprus, bearing on its single sovereignty, single international legal personality and single citizenship, and whereby no third parties will be able to intervene and the human rights and freedoms of all Cypriots will be restored in accordance with international law and the principles upon which the EU is founded.

The comprehensive solution of the Cyprus problem is a necessary prerequisite for the demilitarisation of the island, for common class struggles and a future socialist transformation.

The Communist and Workers’ Parties signing the present Statement:

1. Call on the international community to support the resumption of substantive negotiations for the comprehensive solution of the Cyprus problem as soon as possible and demand an end of the Turkish illegal actions and occupation

2. Express their solidarity with and support to the struggle of the Cypriot people for the liberation and reunification of its country.

The signatory parties (so far) are:

Communist Party of the Peoples of Spain,

Union of the People of Galicia, (UPG) Spain, 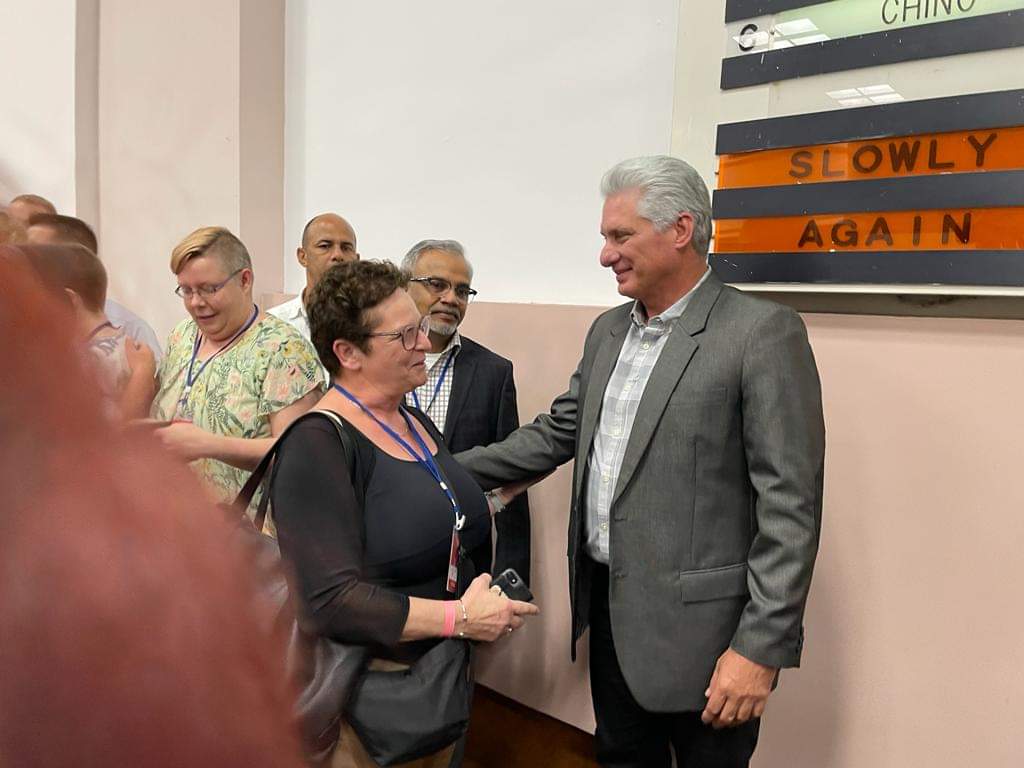 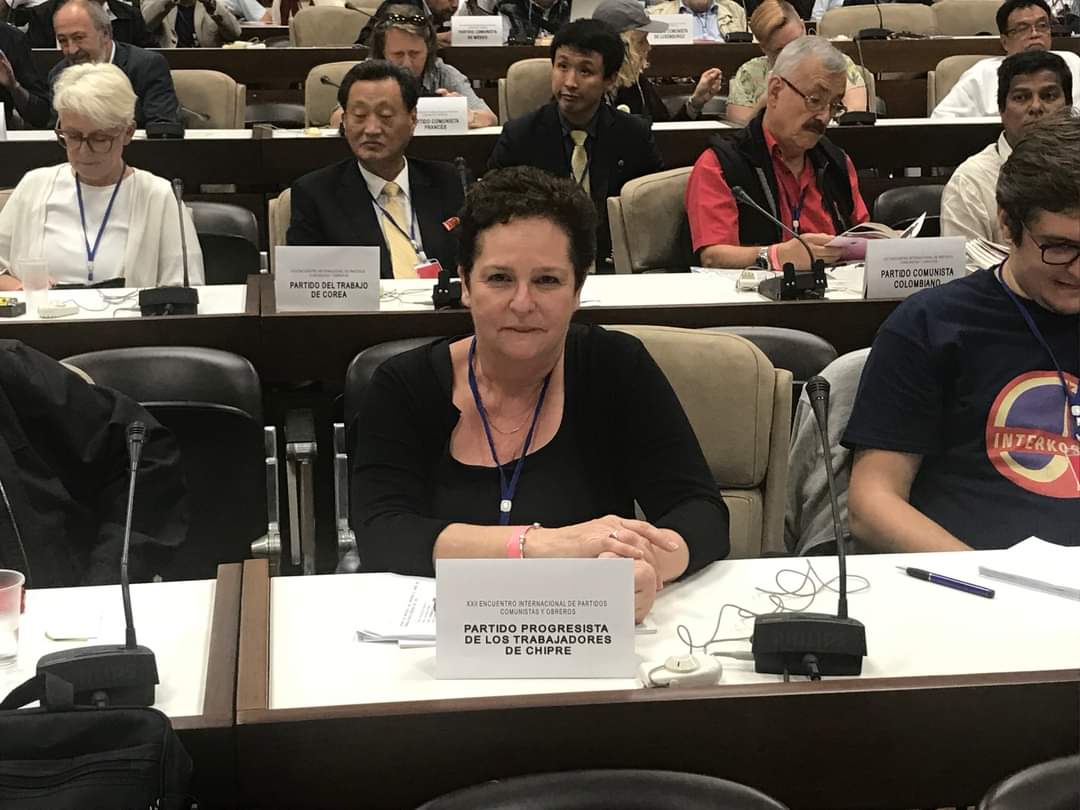 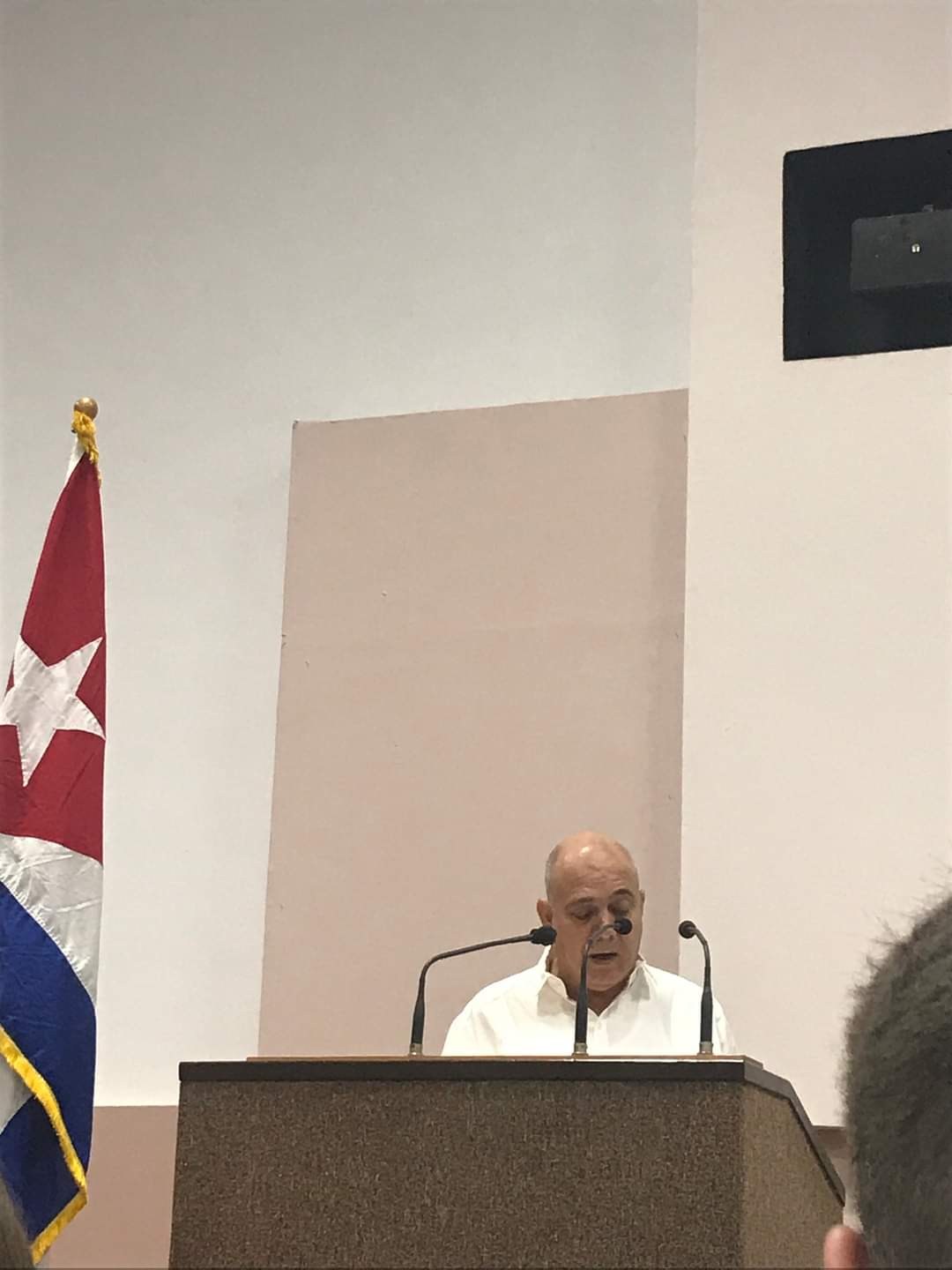 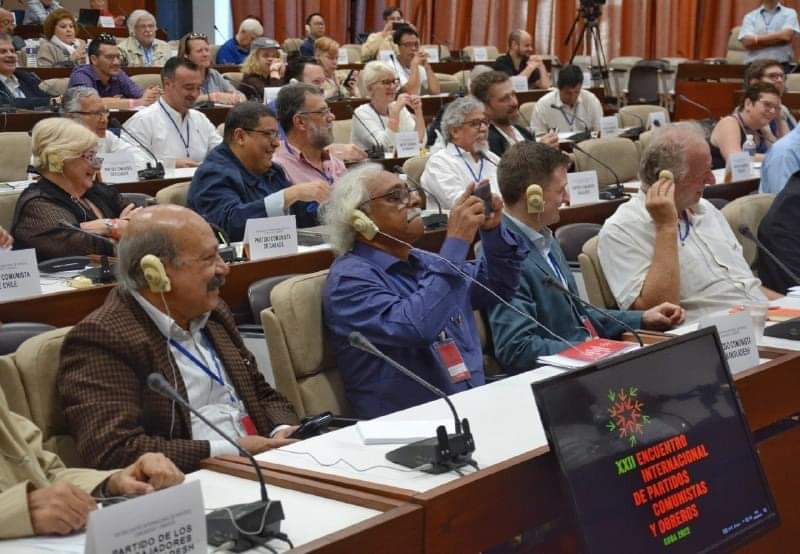 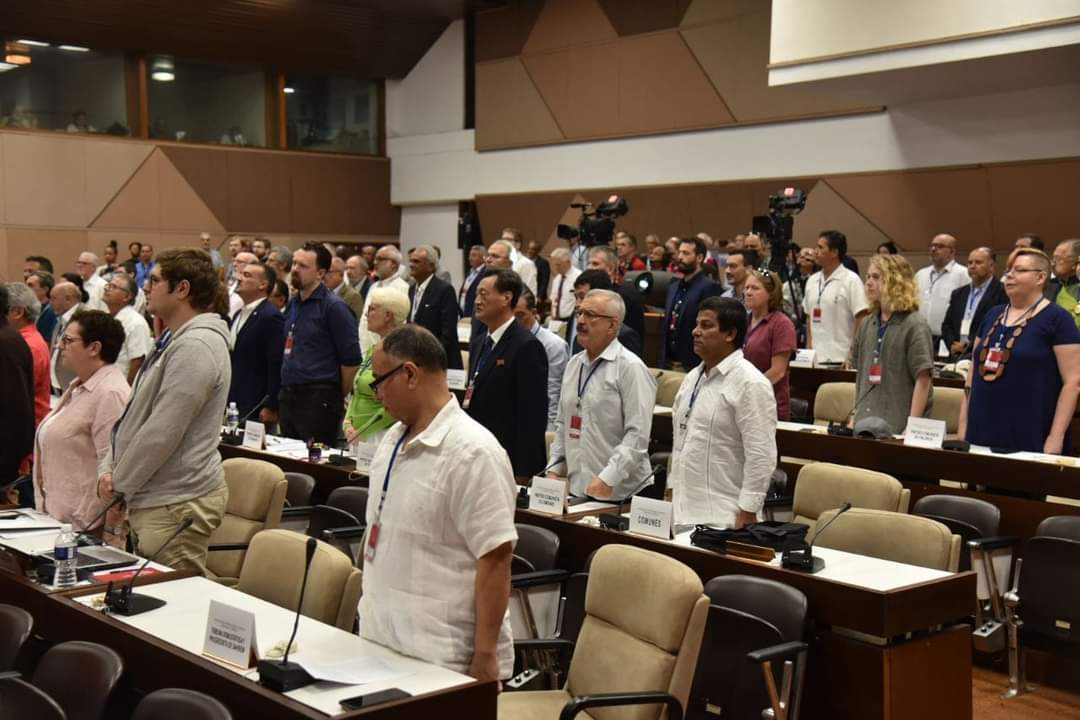 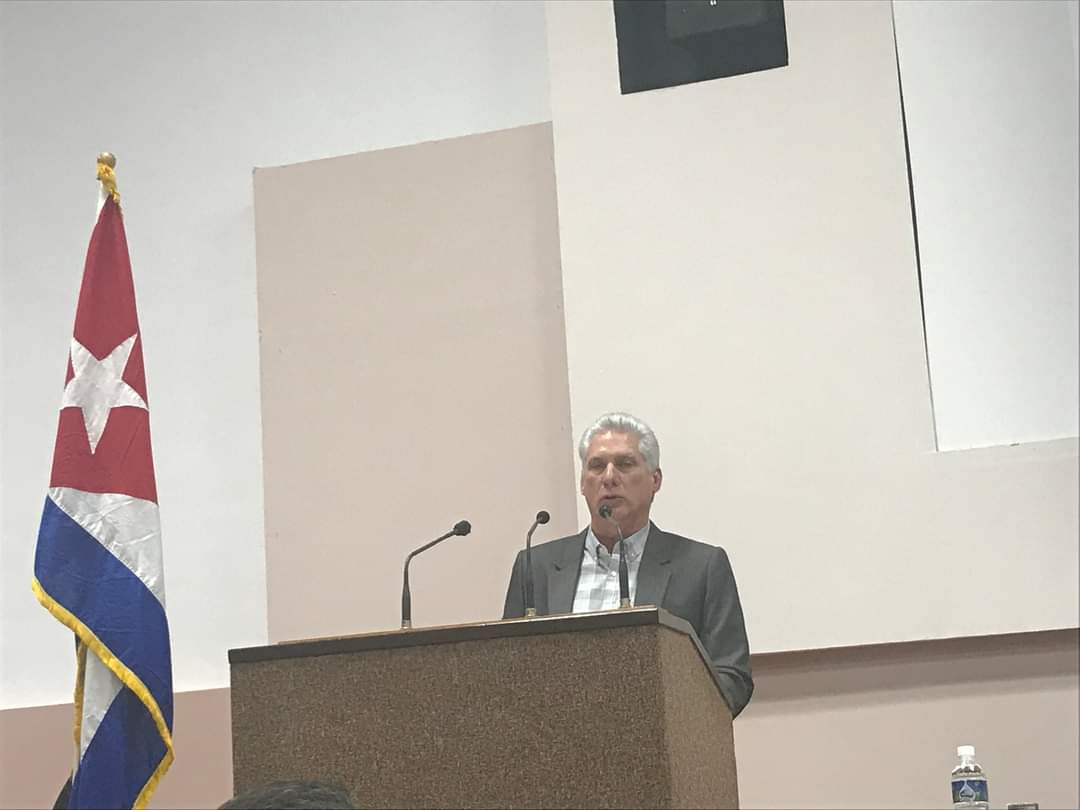