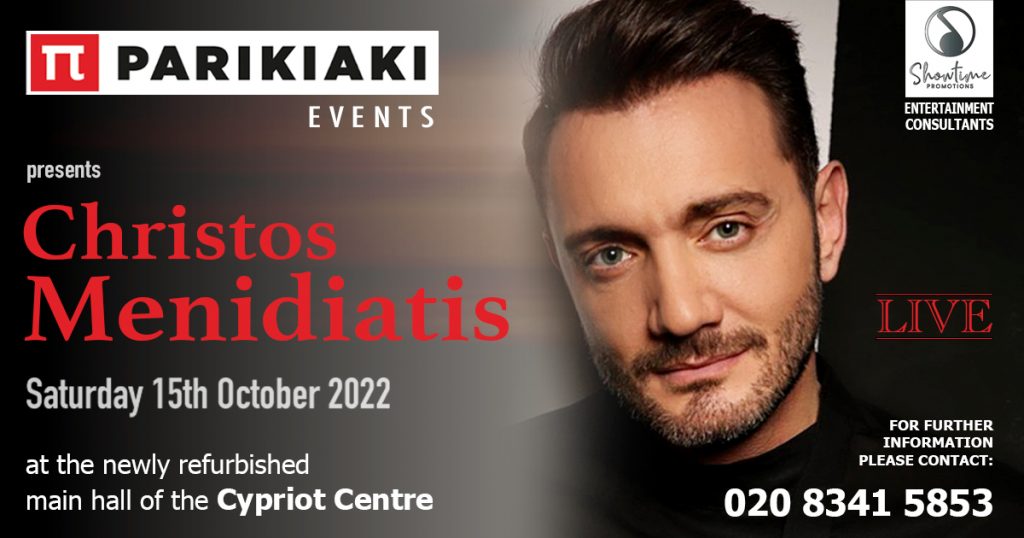 This Saturday (15 Oct) Christos Menidiatis is performing live at Parikiaki’s dinner & dance, at the newly refurbished main hall of the Cypriot Centre in Wood Green.

Support acts on the night are Marialena Giannarou and Penny Triantafyllou.

Limited parking available. £5 per parking space with all proceeds to be donated to charitable organisations of the Cypriot Centre.

Christos Menidiatis released his first single Gia Mena in 2004, followed by a debut album Sta Asteria Kano Mia Efhi a year later. In 2007, he released Vima Vima and in 2009, Kapies Stigmes. The talented artist recorded a live album in 2016 and from then on, a string on hit singles including the 2019 release Stin Avli Tis and Erotevmenos Mazi Sou which hit the airwaves earlier this year.