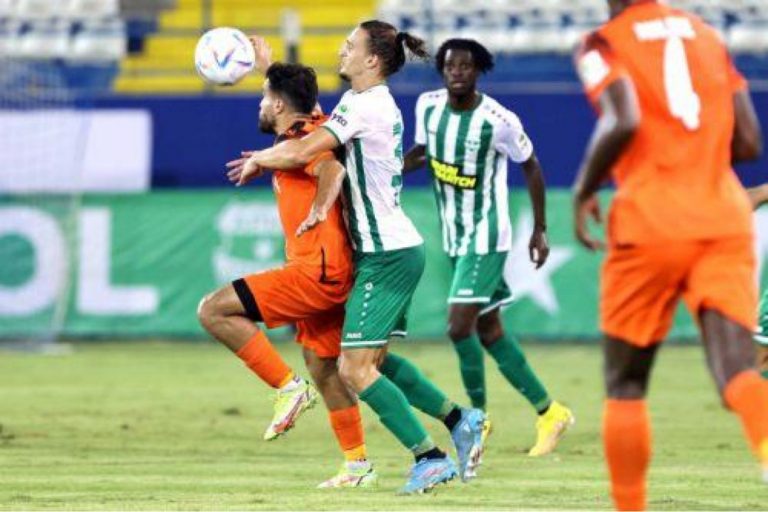 AEK Larnaca went to town beating Anorthosis 4-0 in their local Larnaca derby goals coming from Adam
Adam Gyurcso, Ivan Trickovski with a penalty just before half-time then late in the game two own goals to give AEK Larnaca a comfortable win.
Omonia beat Doxa Katokopia 2 – 0 away from home with Bruno scoring a goal in the 42nd minute and Bezus making it 2 – 0 late in the match to put them in confident mood for their Europa League match versus Manchester United in Cyprus.

Apollon were held to a 1-1 draw by Henning Berg’s Paphos who took the lead at the 38 minutes-mark through Jairo and Apollona equalised at 66 minutes with a goal by Eli Hadji Ba leaving them both in second place on 11 points.

In the other games Karmiotissa beat Olympiakos 1-0, Paralimni beat New Salamina 2-0, Apoel drew with AEL 0-0 and Aris continue to lead the table after beating Akritas 3-0 with their goals coming from Bengtsson 2 and Gomis.