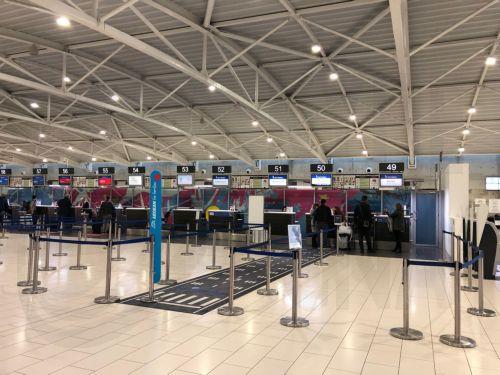 There were zero delays in Cyprus’ air space in 2022, Ministry of Transport says in a press release, adding that this year more than 1,200 flights are served daily with no delays, while delays in the rest of Europe are at high levels.

It recalls that EUROCONTROL, the European Organisation for the Safety of Air Navigation, notes in its report published on September 15, that flights in Europe last week were on average around 30,300 a day showing a decrease of 13%, compared to the same week in 2019. On an annual basis, in 2022, air traffic reached 82% of 2019 levels.

Arrivals and departures at the two airports of the Republic of Cyprus recorded last week a decrease of only 12%, compared to the same week in 2019 and the Nicosia Area Control Centre serves throughout the current summer season more than of 1,200 flights per day, without any delays or problems to the airlines.

It is added that although the daily capacity of the Nicosia Area Control Centre in 2019 was around 1,000 aircraft, Cyprus served more than 1,500 flights, but with several delays. However, it is stressed that with the right planning on behalf of the Ministry and the Department of Civil Aviation and the cooperation of EUROCONTROL and the Civil Aviation Authorities of Israel and Greece, adaptations and redesign of the busy air routes were carried out and as a result in 2022 more than 1,200 flights are served daily with zero delays, while delays in the rest of Europe are at high levels, despite the reduction in traffic due to the pandemic and the war crisis in Eastern Europe.

Minister of Transport Yiannis Karousos said that the Ministry will continue its efforts to upgrade air traffic services, with radar approach services at the two airports of Cyprus, the relocation to more modern facilities and the upgrade of the Nicosia Area Control Centre among other things. The Minister praised the work of the air traffic control officers and thanked them for their professionalism and dedication.

The efficiency of the Nicosia Area Control Centre was shown already in 2021, even with the reduced air traffic, where airlines managed to save more than 5.6 million nautical miles, 44,000 tons of fuel and 140,000 tons of CO2, the press release concludes.