New Salamis at home to Coggeshall FC in the FA Trophy 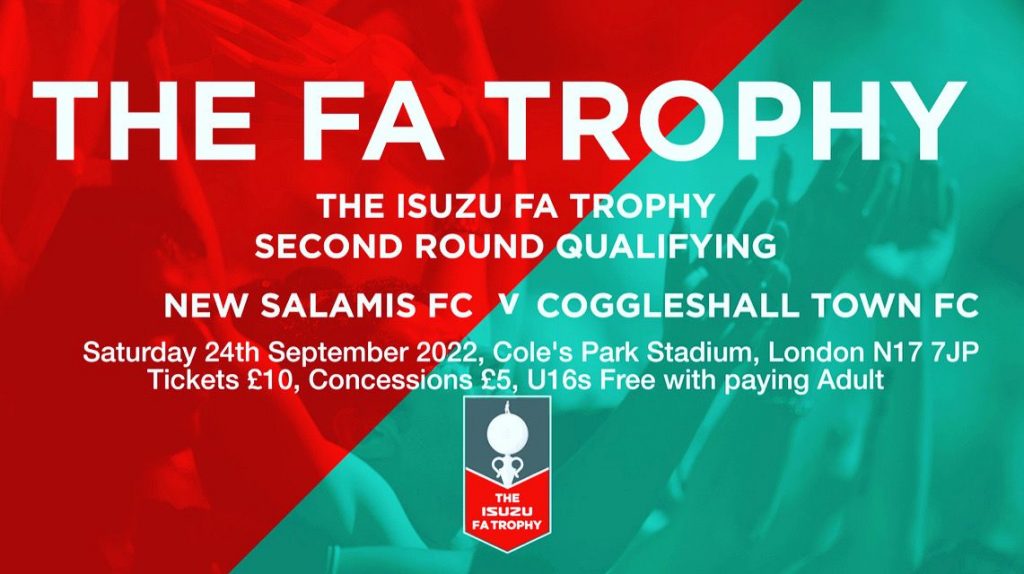 New Salamis are playing in the FA Trophy for the first time this season. They played Welwyn Garden City in the previous round and now are are playing at home to fellow Isthmian League team Coggeshall FC who beat Gorlestone on penalties to go through to the next round with the reds.
The game is being played this Saturday 24th September 2022 at 15.00pm at Haringey Borough Stadium, White Hart Lane, London N17 7PJ,

The newly-branded Isuzu FA Trophy season kicked-off in August and September and the games for the first have taken place and second round of qualifying have been made.
Following on from the release of the entries, exemptions, round dates and prize funds last week, they now reveal how the early stages of the new campaign look as non-League clubs around the country eye up a run to their respective showpiece Finals at Wembley Stadium on Non-League Finals Day next May.
In the Trophy, which is open to clubs from Steps 1-4 of our National League System, there were 79 ties in the first round qualifying and 40 ties in the second round qualifying on Saturday 24 September.

New Salamis played midweek and suffered a 3-2 defeat to Grays in the Isthmian League so they will be looking to get their winning form back.