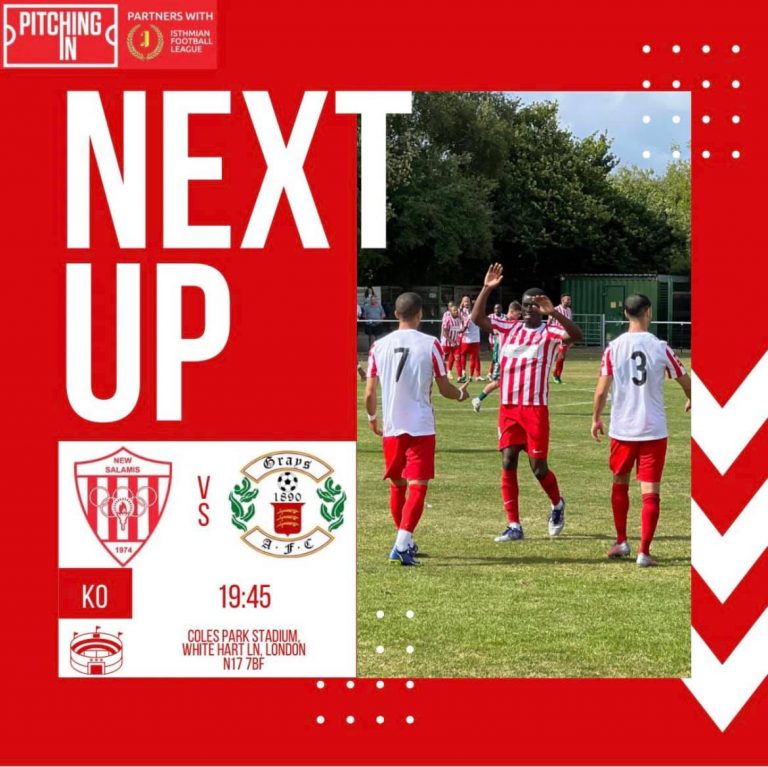 New Salamis will be looking to get back to winning ways playing at home tonight Wednesday the 21st September 2022 versus Grays at 19.45 pm at Haringey Borough Stadium. White Hart Lane in the Isthmian League and then again on Saturday they have a FA Trophy match versus again at Haringey Borough Stadium at 15.00pm against Coggeshall Town.
New Salamis suffered one of their heaviest defeats in their history losing their unbeaten record and first defeat this season in the league to top team Felixstowe and Walton.
Felixstowe & Walton United welcomed New Salamis in their North Division ‘big match-’ and what a one-sided big match it turned out to be. Both sides had unbeaten league records, but The Seasiders were far too strong for their visitors and fired home five goals without reply. They were given some assistance by a New Salamis Jandir Jose red card on twenty two minutes, but they were a goal up by then, Callum Harrison putting them ahead on seven minutes. The rest of the match was the Ollie Canfer show, as he entered the fray from the bench on thirty five minutes, scored immediately, and later added two more. Another strike from Harrison- just after the break and his sides third- was the additional goal in five.